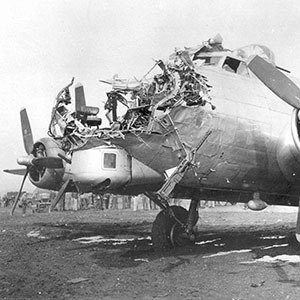 1. During WW2, Luftwaffe pilot Franz Stigler refused to destroy a damaged B-17. The German pilot escorted the B-17 to the English Channel and then saluted the American pilot and returned home. About 40 years later, they were reunited and developed a deep friendship that lasted until their deaths. – Source

2. In 1994, a FedEx Jet (McDonnell Douglas DC-10) suffered a hijacking attempt by a disgruntled employee, who was armed with multiple melee weapons. The flight crew in spite of receiving multiple hammer blows performed extreme aerial maneuvers with the massive aircraft, at times flying upside down, with the intent of keeping the hijacker off-balance. The flight crew eventually succeeded in restraining the hijacker. – Source

3. The movie Behind Enemy Lines was backward. In reality, the downed pilot Scott O’Grady was rescued with full NATO cooperation and was in fact put into danger by a U.S. general who released information to the press. The pilot sued Fox over the movie and they settled out of court. – Source

4. In 1953, North Korean fighter pilot No Kum-Sok defected to South Korea with his MiG-15. He received a $100,000 reward offered by Operation Moolah for defecting with his aircraft. Operation Moolah was a US Air For effort during the Korean War to obtain a function MiG-15 jet fighter through defection. The pilot claimed not to have heard about this operation prior to his defection. – Source

5. Army officer Hugh Thompson prevented the deaths of hundreds of Vietnamese civilians including women and children, by a group of American soldiers. Thompson, an Army helicopter pilot, landed between the soldiers and the villagers and threatened to open fire against his own soldiers if they continued their attacks. – Source 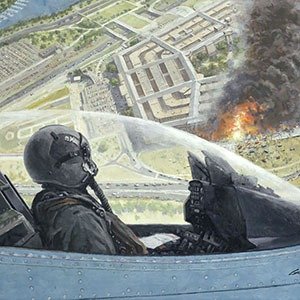 6. On 9/11, after both of the twin towers were hit, two F16 jet fighters took to the air without any live ammunition, knowing that to prevent the hijackers from striking their intended targets, the pilots might have to intercept and crash their fighters into the hijacked planes, ejecting at the last moment. – Source

7. Without notice or warning to Boeing executives, pilot Tex Johnson did a barrel roll with his Boeing 707 over Lake Washington in Seattle, during the 1955 Airshow to show its capabilities. When asked by his boss “what the hell are you doing?” Johnson responded “selling airplanes.” After he did the barrel roll, he turned right around and did a second one. He was not terminated.- Source

8. In 1958, a pilot ejected from his F-106 at 15000 feet after it entered a flat spin. Miraculously, what he saw was that his plane recovered from spin and landed (gear up) in a cornfield with only minor damage. – Source

9. In 1956, while on a test flight, pilot Thomas W. Attridge’s fighter jet was shot down. A post-accident investigation discovered that he flew into his own bullets that he had fired. He made a shallow dive after firing a few bullets in the air. He came in their path as they were falling from firing path in curve course towards the ocean due to gravity and air friction. – Source

10. In 2012, a sleepy Air Canada pilot mistook the planet, Venus, for an oncoming plane and sent his Air Canada jet into a steep dive that bounced passengers off the ceiling, injuring 16, and nearly caused a collision with a real plane flying 1,000 feet lower. – Source 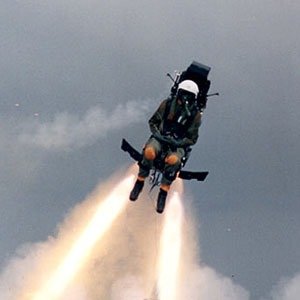 11. In 1959, a pilot ejected from his plane jet at 45,000 feet directly into a violent thunder cloud. The storm winds kept him aloft for 40 minutes, pelting him with hailstones and so much rain that at times he had to hold his breath to keep from drowning in mid-air. – Source

12. In 2009, two Northwest Airlines pilots lost their licenses when they overshot their planned destination by 150 miles, only realizing their mistake when a flight attendant asked about the landing. The pilots were both on their personal laptops and ignored inquiries from flight control for 90 minutes. – Source

13. In 1994, the pilot of an Aeroflot Airbus A310 allowed his son to sit at the controls during a flight. The boy inadvertently turned off the autopilot controls, sending the plane into a hillside and killing all 75 aboard. – Source

14. Star Trek creator Gene Roddenberry served in WWII with a pilot named Kim Noonien Singh and lost contact with him following the war’s end. Roddenberry named the villain in Star Trek Khan Noonien Singh after his comrade in hopes that Singh would notice and contact him. – Source

15. The Japanese pilot who attacked a town in Oregon during WW2 returned years later to present his family’s 400-year-old sword in apology – Source 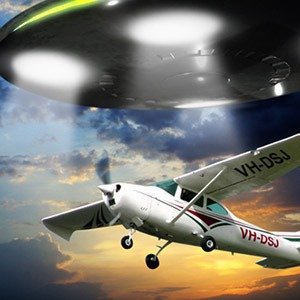 16. In 1978 Pilot Frederick Valentich and his plane disappeared during a UFO encounter. His last communication was “Melbourne that strange aircraft is hovering on top of me again… (two seconds open microphone)… it is hovering and it’s not an aircraft…” – Source

17. During the Korean War U.S. Air Force pilot James Risner successfully “pushed” his wingman’s incapacitated jet fighter into friendly territory using the nose of his own jet. This maneuver had never been attempted in history. – Source

18. In 2001, Rowan Atkinson (Mr. Bean) piloted his private plane carrying his family after the pilot passed out at the controls. He had never piloted a plane before. The pilot eventually came to, after several slaps by Atkinson, and managed to land the plane safely at the airport. – Source

19. Art Scholl, the pilot who was hired to do the in-flight camera work for Top Gun died filming the scene leading to Goose’s death. His plane spun through its recovery altitude, at which time he radioed “I have a problem… I have a real problem.” The film is dedicated to his memory. – Source

20. In 1997, the pilot of an A-10 attack jet turned off his radio and transponder for no apparent reason and flew hundreds of miles off course during a training mission, later crashing into a mountainside in Colorado. No explanation for the pilot’s action was ever found. – Source 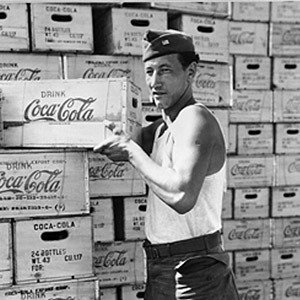 21. German World War 2 pilots in North Africa used to fix bottles of Coca Cola to the underside of their wings so that the drink would cool at high altitudes and be ready to drink after landing. – Source

22. Russian fighter pilot Alexey Maresyev’s plane was shot down by the Germans in 1942 and he crash-landed in enemy territory. Both his legs were severely mangled, but he managed to get himself to friendly turf after crawling for 18 days in snow. His legs had to be amputated below the knee. He got himself on crutches and prosthetics and within a year danced in front of a judge to prove he was battle-ready. He then went on to fly 86 combat missions and took out 11 enemy warplanes.- Source

23. About 12 cyanide pills were kept in the cockpit of the Enola Gay, and pilots were instructed to take them if the mission was compromised during the bombing of Hiroshima. – Source

24. During the Cold War, SR-71 Blackbird pilots were tasked to fly over foreign ceremonies to lay down a sonic boom when heads of state were greeting each other. Just to remind them that what they were doing was against US policy. – Source

25. One of the few American pilots to shoot down a Japanese plane at Pearl Harbor did so while wearing his pajamas and flying an obsolete plane. – Source