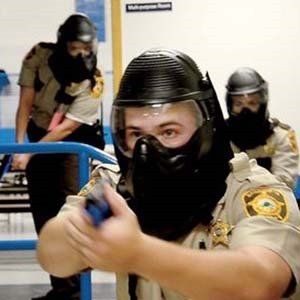 1. Japanese police fire paint-balls at fleeing vehicles so that other police vehicles can see them and identify them at a later date if they get away. The paint is bright orange and difficult to remove. – Source

2. While directing Jurassic Park, when Spielberg saw CGI of T. rex, he said to stop motion animator Phil Tippett , “You’re out of a job,” to which Tippett replied, “Don’t you mean extinct?”. Spielberg later incorporated this dialogue into the movie. – Source

3. Many personal checks written by Marlon Brando were often never cashed as his signature was usually worth more than the amount on the check. – Source

4. A 2012 episode of Peppa Pig was banned from Australia as the central message that spiders were not to be feared was deemed “inappropriate for an Australian audience.” – Source

5. “Towser,” a long-haired tortoiseshell female cat is credited with killing an estimated 28,899 mice in 24 years of work as the resident pest control expert at Glenturret whiskey distillery in Scotland. Guinness Book of Records recognizes her tally as the world record. – Source 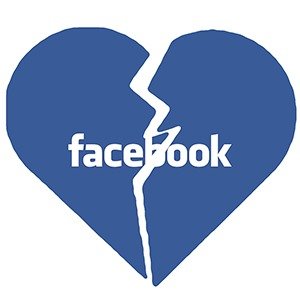 8. A guide dog calmly led 30 people down 1,463 steps out of the World Trade Center on 9/11 despite the confusion, smoke, and noise around them. Once safe, the dog then helped a woman who was blinded by the debris. – Source

9. Firefighters would hide in Ground Zero rubble so that dogs could find “survivors.” Constantly finding bodies was leading to high stress in the dogs as they thought they were failing. – Source

10. When the King of Saudi Arabia visited Britain, the Welsh Guards welcomed him by playing the Star Wars Imperial March. – Source 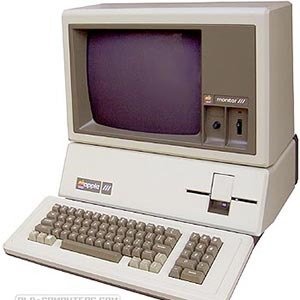 11. Because of a design flaw, when Apple III owners had problems (like garbled data) they were instructed to “lift the machine 3 inches and drop it in order to re-seat the chips on the logic board.” – Source

12. When the African Grey parrot N’kisi first met Jane Goodall, he recognized her from a photograph and asked “Got a chimp?” It is claimed that this was a possible display of a sense of humor. – Source

13. It is estimated that, using concrete blocks to build a pyramid, it would take 5 years and would cost $5 billion. – Source

14. When curry was introduced into Japan it was considered a British dish, not an Indian one, because of its popularity among British sailors. – Source

15. In early 2000s Ken Belanger sued Microsoft for illegal use of his “Pocket PC” trademark. Ken’s “Pocket PC” was a 1985-made plastic coin with 0 and 1 engraved on front and back sides. Belanger withdrew the claim when a Microsoft paralegal showed up with a binder of evidence. “I couldn’t win there,” Belanger said. “They have too much evidence.” – Source 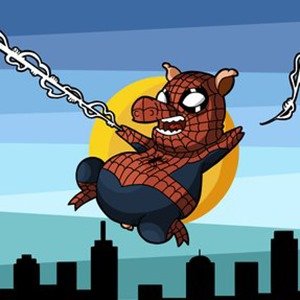 16. In 1983, Marvel Comics actually published a number of comics about a ‘Spider-Pig’ though his name was Peter Porker, your friendly neighborhood Spider-Ham. – Source

17. Traditional naming customs of Iceland differ in that they follow no family lineage. Men are named after their father, i.e., If Jon has a son named Olaf, his name is Olaf Jonsson. If Olaf then has a son named Magnus, his name is Magnus Olafsson. Women are similar with the suffix ‘dottir’. – Source

18. When it became apparent that Israel was going to win the 1978 Eurovision Song Contest, most of the Arabic countries ended their transmission of the contest. This includes Jordan, who replaced the live broadcast with a picture of daffodils and later announced that Belgium had won. – Source

19. In 1945, Canada was asked how many Jewish refugees it would allow in. Canada’s Foreign Minister Frederick Blair replied: “None is too many.” – Source

20. Ivy League admission processes with their emphasis on “well-rounded” applicants were specifically designed in the 1920’s to keep out Jews. – Source 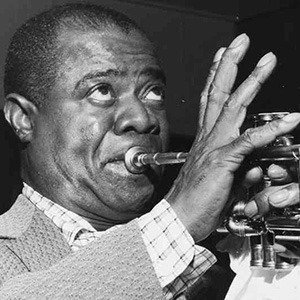 21. Louis Armstrong played the trumpet so much that it caused callus tissue on his lips. He would remove it himself with a razor blade. – Source

22. If you shout or make a sound that is 1,100 dB, it will create a black hole destroying our galaxy – Source

23. There are NYC taxis that are actually undercover cop cars. – Source

24. 54% of the troops who landed in Normandy on D-Day were British and Canadian. – Source