Here are 25 Kickass and Interesting Facts About Dinosaurs. 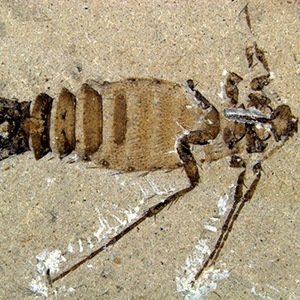 1. Dinosaurs had giant fleas with beaks the size of modern syringe needles. – Source

2. Researchers have calculated that DNA has a 521 year half-life, meaning the oldest clone-able samples of DNA could be no more than 2 million years old, ruling out any possibility of ever replicating dinosaurs, as the youngest dinosaurs were around more than 65 million years ago. – Source

3. Earth’s rotation is slowing at a rate of approximately 17 milliseconds a century, and the length of a day for the dinosaurs was closer to 22 hours. – Source

5. Canada is eliminating the penny, and has a collectible glow in the dark quarter with a dinosaur on it. – Source 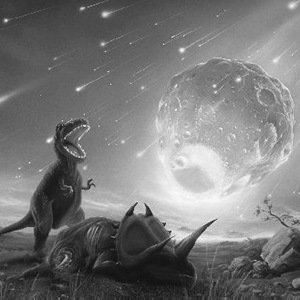 6. New research indicates the asteroid that killed the Dinosaurs did so, not primarily due to dust blocking out the sun, but by ejecting ~500 cubic miles of tiny glass spherules at near escape velocity. Upon falling to earth they incinerated nearly all surface life in a matter of minutes. – Source

7. Only 59% of U.S. adults know humans and dinosaurs did not coexist – Source

8. Hans Larsson is a scientist who is trying to reactivate dormant dinosaur traits that linger in unexpressed bird genes. So far, he has managed to create chicken embryos that have teeth and long reptilian tails. – Source

9. Taxonomically, modern-day birds aren’t just descended from dinosaurs, but are considered to BE dinosaurs. – Source

10. The spikes at the end of a dinosaur’s tail are called the thagomizer, a term coined by Gary Larson in a 1982 Far Side comic. – Source 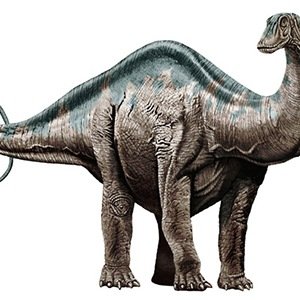 11. Some dinosaurs, such as the Apatosaurus, may have been able to break the sound barrier with their tails, creating a sonic boom. – Source

12. Prison officials has used the children’s song “I Love You” by Barney the Purple Dinosaur as a form of torture in Guantanamo Bay – Source

13. The blue whale, weighing in at 170 tons, is way bigger than any dinosaur ever was and probably the largest known animal to have ever existed. – Source

14. Triceratops had a 15 horned cousin called Kosmo Triceratops that used to be native to what is now Utah. – Source

15. Tyrannosaurus Rex, Velociraptor, Gallimimus, Triceratops, and all other dinosaurs in the film Jurassic Park other than the Brachiosaurus, did not actually live during the Jurassic Period, but in the late Cretaceous Period – Source 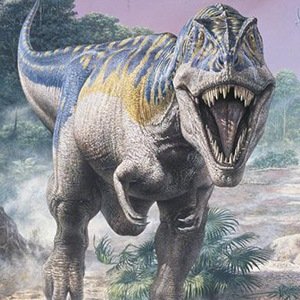 16. The T-Rex doesn’t even qualify as one of the 15 largest dinosaurs to walk the earth – Source

17. Brontosaurus never existed. A paleontologist, rushing to outdo his rival, mistakenly believed that he had discovered the dinosaur, only to find out later that the incomplete skeleton that he found belonged to an Apatosaurus. – Source

19. The Nigersaurus had +500 teeth: 50 columns with 9 replacement teeth behind them. The front ones would be worn out in just a month, making the Nigersaurus the fastest teeth-replacing dinosaur. – Source 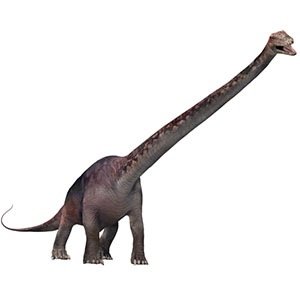 21. Seismosaurus is considered the largest dinosaur to ever have existed with a height of 84 feet, 150 foot long and weighing 150 tons. – Source

22. During the Cretaceous period (145 – 100 million years ago), Earth’s climate was so warm that there were no polar ice caps, and forests probably extended all the way to the South Pole. Local plants and dinosaurs evolved to live in continuous sunlight in the summer and darkness in the winter. – Source

24. The first dinosaur bone described in scientific literature was thought to be the femur of a giant human. – Source

25. Nicolas Cage owned a copy of Action Comics 1, one of the most haunted houses in the world, and outbid Leonardo DiCaprio in an auction for a dinosaur skull. – Source

25 Kickass and Interesting Facts About Taxes