Here is Part 1 of 25 Kickass Interesting Facts About Fishes. For part 2, click here. 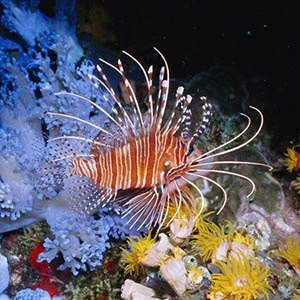 1. Lionfish are a prolific invasive species in the Atlantic Ocean and sharks typically don’t recognize them as prey. In an effort to control the lionfish population, a group of conservationists attempted to train reef sharks to prey on them. – Source

2. Ocean fish, rays, turtles and sharks stop at cleaning stations, where smaller shrimp and fish clean them of parasites, even swimming into their mouth and gills to do a thorough job. – Source

3. Parrot fish eats corals and poops sand. These fishes are responsible for many of the islands and beaches in the Caribbean. – Source

4. Restaurants often serve a fish called Escolar, disguised to be Tuna on the menu. Eating too much of this fish, more than 6 ounces, will cause explosive, oily, uncontrollable orange diarrhea. Accidents can also happen while passing gas. – Source

5. In Laguna, Brazil, bottlenose dolphins actively herd fish towards local fishermen and then signal with tail slaps for the fishermen to throw their nets. This has been happening at least since 1847. – Source 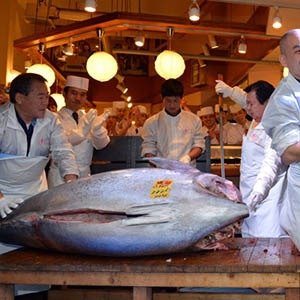 6. In 2013, a 500lb bluefin tuna fish was sold in Japan for $1.8 million making it roughly eight times more expensive than silver. – Source

7. 2013 is the first year in recorded history where consumption of fish has surpassed beef – Source

8. Stoplight loosejaw is a deep sea fish that takes advantage of the fact that fishes can’t see red light, and illuminates its prey with a beam of red bioluminescent light so it can hunt with an effectively invisible beam of light. – Source

9. Humans are more closely related to tuna than tuna are to sharks. The last common ancestor of humans and tuna (and other ray-finned fishes) lived 420 million years ago as opposed to 422 million years for tuna and cartilaginous fishes like sharks. – Source

10. The largest Blue Marlin ever caught on rod and reel weighed 1,800 lbs and inside its belly they found a Yellowfin Tuna that weighed over 155 lbs. – Source 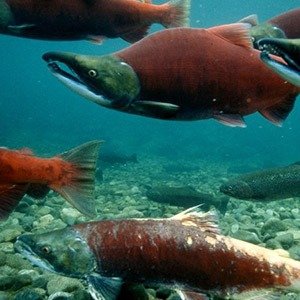 11. Farmed Salmon are fed coloring to make their flesh pink, given that they don’t feed on the natural krill and shrimp that they do in the wild. – Source

12. Prior to the explosion in worldwide sushi consumption, bluefin tuna were considered so worthless that they were often used for cat food. – Source

13. Even though people often question the safety of vaccine ingredients, a typical dose contains less mercury than a tuna sandwich. – Source

15. In 1986, the “Salmon Act” was passed in the UK making it “illegal to handle Salmon under suspicious circumstances.” – Source 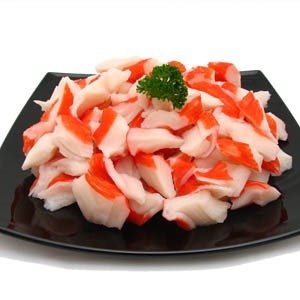 16. Imitation crab meat is actually made from a fish called Pollock. – Source

17. There are 21 different species of fish that can be labeled and sold as Sardines. – Source

18. In Southwestern France, European catfishes have learned to strand themselves on the beach to kill pigeons. – Source

19. The cuckoo catfish lays its eggs among the eggs of the Cichlid fish, which carries its young in its mouth. These eggs will then hatch first inside the unwilling adoptive mother’s mouth, and proceed to eat the Cichlid eggs present before being released by the Cichlid. – Source

20. Catfishes have taste buds across their entire bodies, allowing them to taste anything they touch. – Source 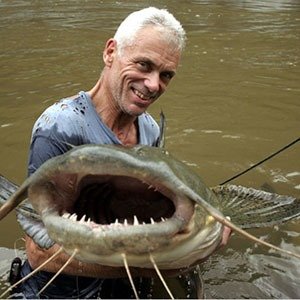 21. Between 1998 and 2007, there were reports of a series of deadly attacks on humans in India that were perpetrated by man-eating goonch catfishes on the banks of the Kali River. – Source

23. The Marbled Lungfish has the largest genome of any vertebrate on earth with 133 billion base pairs, over 40 times that of a human. – Source

24. Britain went to war with Iceland three times in just under 20 years between 1956 – 1976, over multiple fishing disputes. These are known as the Cod Wars and only ended when Iceland threatened to close a major NATO base. – Source