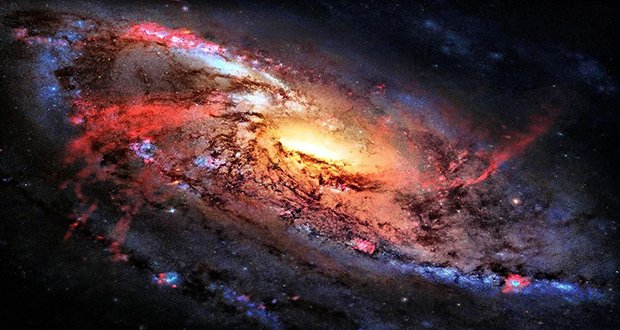 Here are 25 Kickass and Interesting Facts About Galaxies. 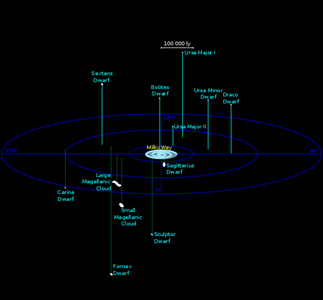 1. Our own galaxy, The Milky Way has other smaller galaxies known satellites galaxies that orbit around it. – Source

2. These interstellar objects that are smaller than galaxies have been named dwarf galaxies that have several billion stars and there are even smaller objects called hobbit galaxies. – Source

3. The Andromeda Galaxy is not the closest galaxy to ours, and in fact there is one 100 times closer called Canis Major Dwarf Galaxy that is 42,000 light years far from the galactic center and it is a satellite dwarf of the Milky Way. – Source

4. The Milky Way is currently in the middle of absorbing another smaller galaxy, the Sagittarius Dwarf Elliptical Galaxy, one of our satellite galaxies. – Source

5. Scientists attribute The Milky Way’s current spiral arm structure to it consuming a dwarf galaxy over 2 billion years ago. – Source 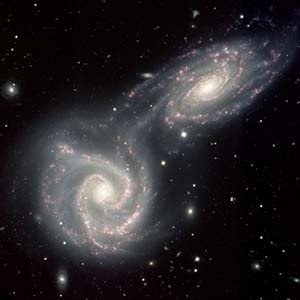 6. It is theorized that if or when the Andromeda and Milky Way Galaxies collide in 3-5 billion years, chances of even two stars colliding is negligible because of the huge distances between them. – Source

7. The Milky Way, along with our entire Virgo Supercluster of galaxies are being pulled at 600 km/sec toward an unknown object in space called the Great Attractor that has a mass of tens of thousands of Milky Ways – Source

8. Last year South African and Swedish scientists discovered that dung beetles navigate using the Milky Way for orientation. They are the first animals proven to use our galaxy for navigation. – Source

9. The visible size of the Andromeda galaxy is over 4 times that of our Moon when seen from earth. It is far too faint to be casually observed by the skygazers. To an unaided eye, it just appears as a small, faint, fuzzy patch. – Source

10. Last year, astronomers spotted the oldest and the most distant galaxy ever observed, which is 30 billion light years away from earth. The international team of astronomers observed this galaxy using the Hubble Telescope and the Keck Observatory in Hawaii. One interesting fact to note here is that the whole universe is just 13.8 billion years old and the astronomers are seeing the galaxy as it was approximately 13.1 billion years ago. It is still 30 billion light years away from earth due to the rapid expansion of the universe. – Source 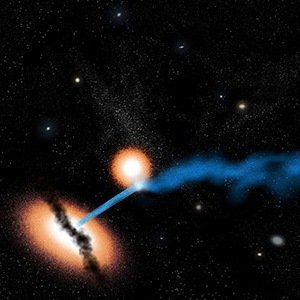 11. Scientists have named a galaxy, “Death Star Galaxy” because it is shooting an energetic blast of energy from its supermassive black hole at its companion galaxy and thereby destroying it. – Source

12. The lowest note in the observed universe is caused by the rumbling of a black hole in the Perseus galaxy 250 million light years from Earth. It is 57 octaves below middle C – Source

13. There’s an unknown object in the nearby galaxy m82 that started sending out radio waves. The emission doesn’t look like anything seen before and those signals were sent back when humanity’s ancestors were still swinging in trees (10 million light years away).

14. Due to the increasing speed with which all known galaxies are drifting further away from each other, in a few billion years future civilizations anywhere in the universe will be unable to see any galaxy but their own on a clear sky.

15. There are about 24 galaxies in the observable universe for every single person alive on earth (170 Billion galaxies/7 Billion humans) – Source 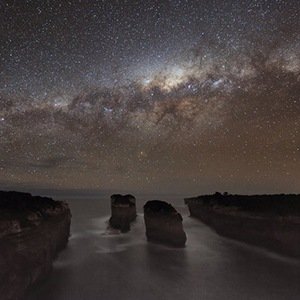 16. In areas with clear skies and no light pollution, the center of The Milky Way is bright enough to cast obvious shadows on the ground at night. – Source

17. The Earth and our solar system are currently traveling through in an area with only 5% of the average density of the Milky Way Galaxy. It was likely blasted clear by a supernova 300,000 years ago. – Source

19. Supernovae explode on an average once every 100 years in a galaxy. Assuming there are 170 billion galaxies in the universe, there are 53 supernovae exploding every single second. – Source

20. The last time a star went supernova in our galaxy was in 1604, and we’re overdue for another one. – Source 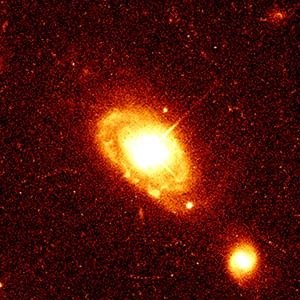 21. Quasars emit more energy than thousands of times the entire output of our galaxy. – Source

22. Light entering our eyes from the top half of the Andromeda Galaxy is approx. 250,000 years older than the bottom half. – Source

23. Scientists have found a star, now known as S2 that is orbiting a supermassive black hole at the center of our galaxy at speeds exceeding 11,000,000 mph. – Source

24. NASA dubbed Galaxy NGC 4151 the “Eye of Sauron” for its striking similarity to Tolkien’s character. – Source

25. A dwarf galaxy named Segue 2 is the least massive galaxy in the known Universe, located 114,000 light-years away. The galaxy consists of just 1,000 or so stars with a bit of dark matter holding them together – Source

January 23, 2014
Latest Posts
Subscribe to Blog via Email
Did you know?
Loading...
Facts of the Day
Registration is disabled.