Here are 25 Interesting Facts About Mushrooms. 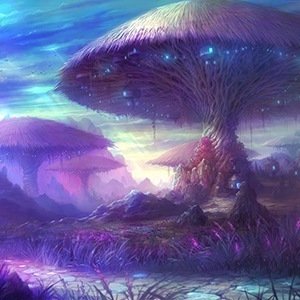 1. Long before trees overtook the land, earth was covered by giant mushrooms – Source

2. John Hopkins University conducted a study of mushrooms with 36 college-educated adults (average age of 46) who had never tried psilocybin nor had a history of drug use. More than two-thirds reported it was among the top five most spiritually significant experiences in their lives. – Source

3. There is an edible mushroom that grows in the wild that tastes nearly identical to chicken/fried chicken called Laetiporus. – Source

4. There is a 2400-year-old giant “honey mushroom” in Oregon, covering 2200 acres, slowly killing off the trees in the forest. It is the largest living organism on the planet. – Source

5. Psilocybe tampanensis, a psychedelic mushroom species, was found once and never again in Tampa, Florida in 1977, and all of today’s widely circulating tampanensis mushrooms are the descendants of that original specimen. – Source 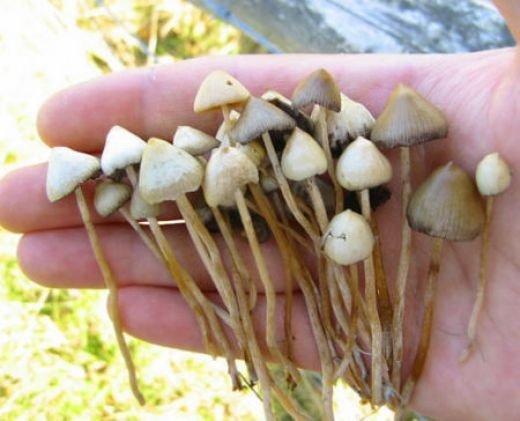 6. Gili Trawangan is a small island in Bali with predominantly Muslim population. There is harsh on alcohol, but islanders openly and legally sell and consume Magic Mushrooms on a regular basis in Milkshakes and eat it like potato chips. – Source

7. 350 million years ago, there existed a 20 foot tall mushroom in Saudi Arabia. It was likely the largest living thing on dry land at that time. – Source

9. It is thought Viking “Berserkers” would take hallucinogenic mushrooms to induce their battle rage – Source

10. Psilocybin mushrooms (magic mushrooms) were introduced to the western world by the TV show One Step Beyond, and the host was filmed after taking some. – Source 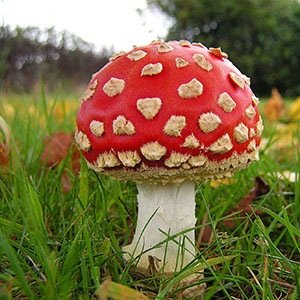 11. Fly Agaric mushrooms, which look like Super Mario Bros. mushrooms, contain a psychoactive chemical that can cause micropsia/macropsia, aka the illusion that objects around you are larger or smaller than they actually are. – Source

12. There is a theory of evolution that suggests that mushrooms played an important role in separating the Homo Erectus from the less evolved ape. This is called the Stoned Ape Theory – Source

14. Reindeers love to eat psychedelic mushrooms, may get high off of them, and that this could be the origin of the flying reindeer myth – Source

15. In a 2004 study, Chinese women who ate mushrooms and drank green tea reduced their risk of breast cancer by nearly 90% – Source 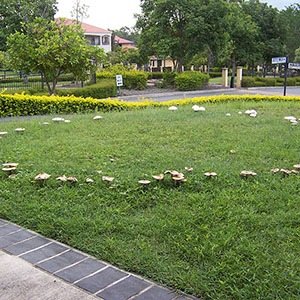 16. A “fairy ring” is a naturally occurring mushroom formation which causes the mushrooms to form an outline of a perfect circle. – Source

17. Mushrooms are more closely related to humans than to plants. – Source

18. In 1979, a scholar in Semitic languages from the University of Manchester published a book claiming that the word “Jesus” in the bible has been misinterpreted and that it is really a code for a certain species of hallucinogenic mushroom – Source

19. There is a mushroom that looks like a brain and so dangerous to eat that Switzerland and Germany prohibit it to be sold, while some others regard it as a delicacy. – Source

20. The Death Cap Mushroom not only looks like safe, edible mushrooms, it also tastes perfectly nice, and it gives no symptoms of poisoning until after it has already ruined your liver and kidneys. – Source 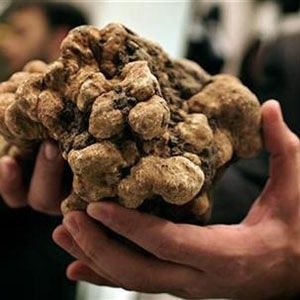 21. The most expensive single food ingredient sold was a 3.3lb white truffle, a subterranean mushroom that sold for $330,000. – Source

22. Not only do the reindeer of the Chuckchee people of Siberia ingest hallucinogenic mushrooms, they also get high on the urine patches containing the drug, and will fight over access to hallucinogenic yellow snow. – Source

23. It is perfectly legal in most countries to buy the spores of magic mushrooms, since they don’t contain any psychoactive compounds. – Source

24. There is a mushroom that dissolves itself. It is edible, but it must be cooked or eaten within hours of picking. – Source

25. The first documented study on the effects of magic mushrooms occurred in 1799 after a London family misidentified the fungi and ate it for dinner. – Source