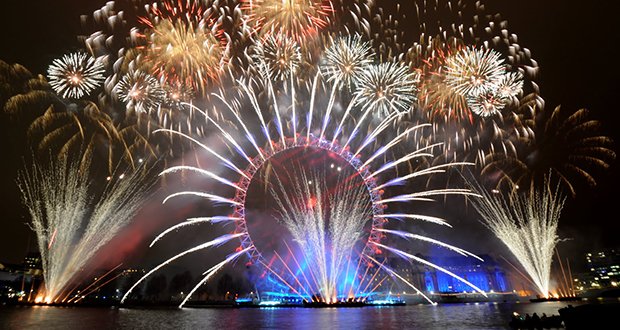 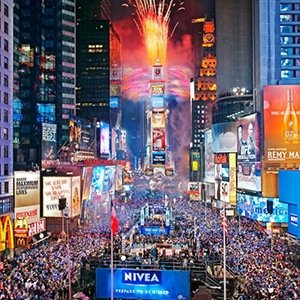 1. Some people wear adult diapers while celebrating New Year at Time Square due to the lack of toilets. – Source

2. Ethiopia has 13 months. Their current year is still 2006 and they celebrate New Years on September 11. – Source

3. Until 2006, the Space Shuttle never flew on New Year’s day or eve because its computers couldn’t handle a year rollover. – Source

4. In an effort to reduce drunk driving, every New Year’s Eve the AAA will tow your car and give you a lift home for free, even if you’re not a member (not available in all states) – Source

5. Beethoven’s 9th Symphony was introduced to Japan by German POWs in WWI (who played it for them), and it is now a national tradition to perform it every New Year’s. – Source 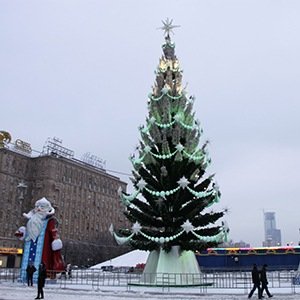 6. When religion was suppressed in Soviet Russia, Santa/St. Nick was replaced with Grandfather Frost, called the spirit of winter, who brought gifts on New Year’s and placed them under the “New Year tree” – Source

7. In Korea and some other Asian countries, when you are born, you are considered one year old and everyone’s age increases one year on New Year’s. So if you were born on December 29th, on New Year’s day, you will be considered 2 years old. – Source

8. In 2010, a “Black Widow” suicide bomber planned a terrorist attack in central Moscow on New Year’s Eve, but was killed when a spam message from her mobile phone operator wishing her a happy new year received just hours before the planned attack triggered her suicide belt, killing her, but nobody else. – Source

9. On New Year’s Day in 1976, a man named Danny Finegood changed the Hollywood sign to “Hollyweed” as a college prank in order to celebrate the decriminalization of marijuana and got an “A” for it. – Source 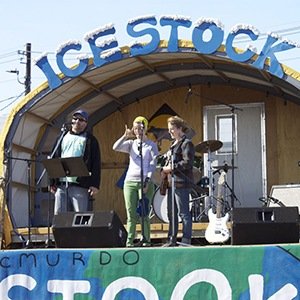 11. There is a music festival every New Year’s eve in the Antarctic called ‘icestock’ – Source

14. Russians celebrate the New Year twice, once on January 1st and then again on January 14th. – Source

15. On New Year’s Day in Akita, Japan there is a tradition where men dress as mountain demons, get drunk, and terrorize children for being lazy or disobeying their parents. – Source 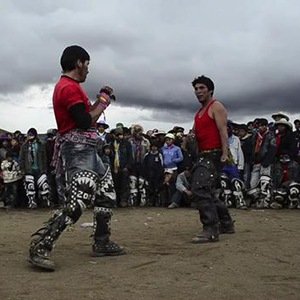 16. Every December 25th a town in Peru celebrates “Takanakuy”. Men, women, and children settle grudges with fistfights. Then everyone goes drinking together, ready to start the New Year with a clean slate. – Source

17. Instead of lowering a giant ball of lights on New Year’s Eve, Brasstown, North Carolina lowers a possum. It’s known as “The Possum Drop” – Source

19. After the French revolution, France briefly used a new calendar based on a decimal system; 10 days a week, 10 hours a day, 100 minutes per hour and 100 seconds per minute, and starting at Year 1. – Source

20. North Korea does not use the normal Gregorian calendar like most of the world. Instead it uses a different calendar system called the Juche calendar for numbering the years and year one of this calendar began on Kim Il Sung’s (The founder of North Korea) birthday. – Source 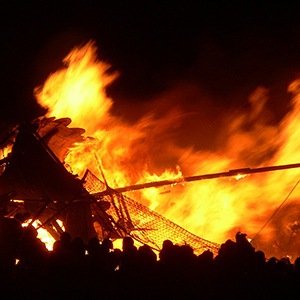 21. Hogmanay is the term for New Year’s Eve in Scotland. In a place called Stonehaven, it is honored through fireballs swinging and first-footing into a friend or neighbor’s threshold. – Source

23. On New Year’s Eve, residents in a small neighborhood in Johannesburg, South Africa collect old appliances, carry them up to apartment building rooftops and toss them down to the streets far below. – Source

24. The Reykjavik (capital of Iceland) fireworks display on New Year’s Eve is one of the largest in the world, and most fireworks sales fund rescue operations in the country. – Source

25. Since New Year’s Eve 2008, the city of Mobile, Alabama raises a 12 foot tall lighted mechanical Moon Pie to celebrate the coming of the New Year. – Source

December 31, 2013
Latest Posts
Subscribe to Blog via Email
Did you know?
Loading...
Facts of the Day
Registration is disabled.