Here are 25 Interesting Facts About The Simpsons.

1-5 Interesting Facts About The Simpsons 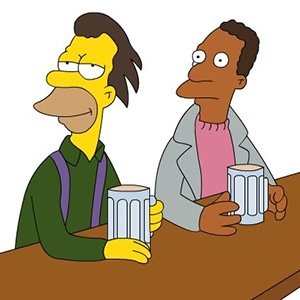 1. Lenny and Carl both have master degree’s in Nuclear physics – Source

2. The Simpsons’ Episode ‘The Itchy & Scratchy & Poochie Show’ was the writer’s response to Fox requesting that they add another character to the family to freshen up the series; a move the writers saw as desperate – Source

4. When played together, the McBain clips form a coherent mini-movie – Source

5. The Simpsons producer’s contract allows them to write the show without interference from Fox. This allows them to make fun of the network. – Source

6-10 Interesting Facts About The Simpsons 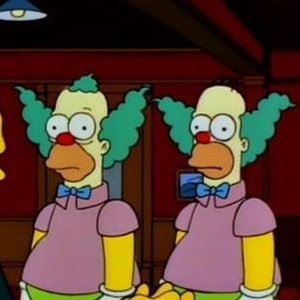 6. Homer Simpson was originally intended to be revealed as Krusty the Clown, and that’s why they look alike. – Source

7. On January 27, 1992, then President George H. W. Bush said that he wanted the American family to be more like the Waltons than the Simpsons. Matt Groening responded by making a short segment in which Bart said, “Hey, we’re just like the Waltons. We’re praying for an end to the Depression, too. – Source

8. Lisa Simpson remains a vegetarian as a promise from the show’s staff to Paul McCartney. – Source

9. Marge Simpson was supposed to have rabbit ears, and did so in the 90s arcade game. – Source

10. The term “meh” as an indifferent response gained popularity in the modern lexicon after its use on “The Simpsons.” – Source

11-15 Interesting Facts About The Simpsons 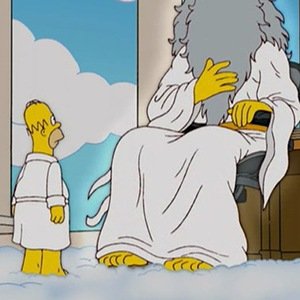 11. God and Jesus are the only characters ever depicted in The Simpsons with all 5 fingers. – Source

12. The character Moe Szyslak is based on comedian Rich Hall. – Source

14. Barbara Bush called The Simpsons the dumbest thing she’d ever seen. “Marge” wrote a letter to her saying she felt they had a lot in common. Bush was so moved, she wrote back with an apology. – Source

15. The word ‘Jebus’ as used in the Simpsons is in fact an old name for Jerusalem, named after the tribe who had built it. – Source

16-20 Interesting Facts About The Simpsons 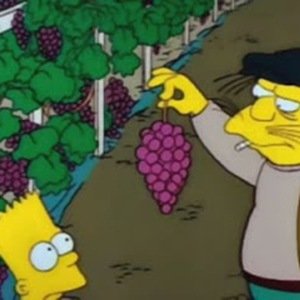 16. The Crepes of Wrath episode is in reference to an actual event where Austrian wineries illegally adulterated their product with an active ingredient found in anti-freeze. – Source

17. Conan O’Brien wrote Marge vs. the Monorail and Homer goes to College as well as a number of other Simpsons episodes – Source

18. There was no winner for the “Who Shot Mr. Burns” contest on The Simpsons. The contest rules said that a winner would be selected from the pool of people who guessed correctly, but there were no correct guesses. – Source

19. One of The Simpsons episodes resulted in increased awareness of Heimlich maneuver and thus helped saving lives – Source

20. The Simpsons Episode ‘Trash of the Titans’ was used to deter Toronto’s City Council from turning an abandoned mine into the city’s trash dump. – Source

21-25 Interesting Facts About The Simpsons 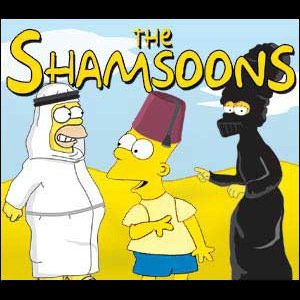 21. In Arabic, Homer Simpson is called “Omar Shamshoon”. His beer is soda, he has given up bacon and the donut-shaped snacks he gobbles are the traditional Arab cookies called kahk. – Source

22. Due to the unusually high percentage of left-handed people in Springfield, a majority of the Simpson family are left handed too. – Source

24. To promote The Simpsons Movie, American convenience store 7-Eleven transformed some of its shops into Kwik-E-Marts, selling Simpsons merchandise such as Buzz Cola, Squishees and Krusty-O cereal. – Source