Here are 25 Interesting Facts About Trees. 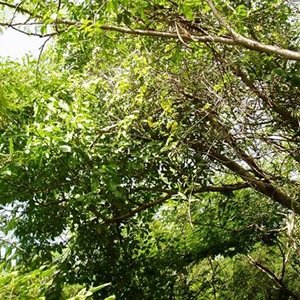 1. The Manchineel tree, native to Florida is considered the most poisonous tree in the world. It causes painful blisters if you stand under it during rain, blinds you if the smoke from its burned wood touches your eyes, can poison water with its leaves and will cause death if you eat its fruits. – Source

2. A meth junkie crawled inside a 3,500 year old Florida tree called The Senator, the fifth oldest tree in the world and burnt it down. – Source

3. When Mr. T was serving in the Army, his platoon sergeant punished him by ordering him to chop down trees. However, he did not specify how many trees, so Mr. T single-handedly chopped down over seventy trees in about 4 hours, until a shocked major superseded the sergeant’s orders. Also, in 1987, he angered the residents of a Chicago suburb, Lake Forest, by cutting down more than a hundred oak trees on his estate. The incident is now referred to as The Lake Forest Chain Saw Massacre. – Source

4. On the Indonesian island Tana Toraja, if a baby dies before he starts teething, the family cuts a hole in a tree and places the dead child inside. The tree regrows around the baby and absorbs it. – Source

5. “Da Vinci’s Rule of the Trees” (“all branches of a tree … put together are equal in thickness to its trunk.”) appears to be true. – Source 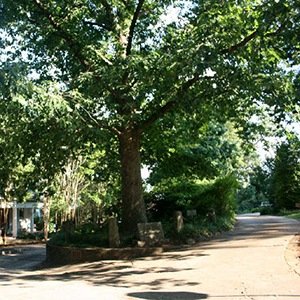 6. A tree in Athens, Georgia legally owns itself. Its owner, Professor Jackson, out of love for the great oak, during 1800s deeded to the tree ownership of itself and the land within eight feet of it on all sides – Source

7. Scientists have found that older bigger trees share nutrients with smaller trees, which later repay them back when they have developed. – Source

8. The Venice Islands in Italy were built on a foundation of tree trunks and 1200 years later, those same trunks still support almost all of central Venice. They will stay there for thousands of years more as long as they stay submerged. Because they are not exposed to oxygen, they do not rot. They actually have begun to petrify due to the mineral rich water. So in another thousand years, they will actually become stone pilings. – Source

9. The locations of the world’s tallest and oldest trees are kept top secret to avoid tourist crowds damaging them and their surroundings. – Source

10. Jadav Molai Payeng, a 47-year-old Indian, started planting trees when he was a 16, on a barren sandbar. Fast Forward to today, he now lives in his own 1360 acre jungle that is now inhabited with tigers, elephants and other wild animals – Source 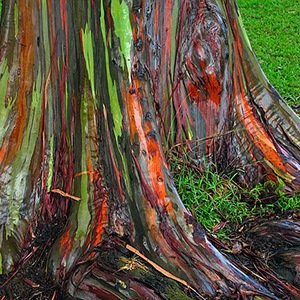 11. There are Eucalyptus trees in Hawaii with natural rainbow-colored barks. – Source

12. Justin Timberlake had a company figure out his concerts’ carbon footprints and paid to have trees and bushes planted in those cities to offset carbon impact during his nationwide tour. – Source

13. Forest growth in the US has exceeded harvest since the 1940’s, and today we have more trees than any time in the past 100 years. – Source

14. An average tree is made up of 99% dead cells, only around 1% of it is alive at any time, consisting of the leaves, root tips, and phloem (a thin layer of under bark that acts as a food delivery system). – Source

15. Columbia University has developed an artificial tree that passively soaks up carbon dioxide from the air using “leaves” that are 1,000 times more efficient than true leaves that use photosynthesis. – Source

16. There is an entire forest, over 80,000 years old, in Utah, made up of one single tree with one massive underground root system, called a Quaking Aspen. It’s also the heaviest known organism, weighing at 6,000,000 Kg. – Source

17. In 1976, North Korean soldiers murdered two American officers, who were trying to trim a tree in the demilitarized zone between North Korea and South Korea. The U.S. responded by sending an 813-man task force, 27 helicopters and nuclear capable bombers to cut the tree down. – Source

18. Since 1981, every Chinese citizen over 11 has been required to plant three trees per year. – Source

19. In the late Devonian period (during the evolution of terrestrial plants), there was a ‘wood crisis’. Trees became abundant, took CO2 out of the air, and caused an ice age, simply because the fungi that eventually would decompose dead wood & return the CO2 to the air hadn’t evolved yet. – Source

20. 96 percent of ancient redwoods, some of the tallest and oldest trees on the planet, have been cut down – Source

21. You can grow a Bonsai Orange Tree that will actually fruit miniature oranges. – Source

22. There is a “green” cemetery in Pennsylvania that doubles as a national forest where people can hike and picnic. No caskets, no formaldehyde, just dirt and trees. – Source

23. There is a hotel in Sweden called treehotel that has all its rooms up in the trees. – Source

24. The Sandbox Tree is a tree that is not only covered in poisonous spikes, but also has fruit that can explode and propel seeds at 160 mph – Source

25. Nazi’s planted trees in the shapes of swastikas during 1930s, the first of which was discovered in 1992 by aerial survey. – Source