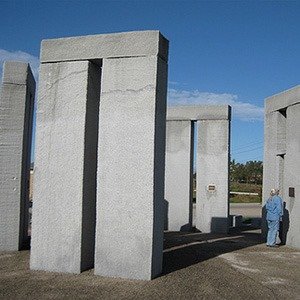 1. A man named Wally Wallington proved that with rudimentary tools it is possible to move thousands of pounds of stone and even entire buildings single-handed, and is constructing Stonehenge: RELOADED in his backyard in Flint, Michigan. – Source

2. In 1787 a man was hanged for deserting and re-enlisting in the British Army 47 times, in order to get King’s shilling that soldiers got upon joining the army. King’s shilling equal to half a year’s wages for the average unskilled worker. – Source

3. In the Netherlands peanut butter is called pindakaas (peanut cheese) rather than pindaboter (peanut butter) because the word butter is only supposed to be used with products that contain actual butter. – Source

4. Norwegian explorer and writer Thor Heyerdah stated that ancient people from South America could have settled in Polynesia, but most anthropologists didn’t believe him. To convince the world, in 1947 he built a primitive raft and made the 101-day journey himself. – Source

5. The boring, monotone lecture Ben Stein delivers in the movie Ferris Bueller’s Day Off was originally meant to be off-camera, but the student extras laughed so hard at his voice that Director John Hughes decided to shoot it. It was a topic that Stein actually knew a lot about, supply-side economics, and it was improvised. – Source 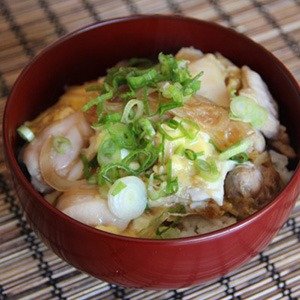 6. The name of the Japanese dish Oyakodon, translates to parents and children in a bowl. The dish consists of chicken and egg over rice. – Source

7. American singer Ben Folds showed up to a jury recital with a broken hand from defending his roommate from bullies the night before when he was a student at the University of Miami’s music school. He was required to play anyway. He ended up losing his scholarship and in desperation threw his drum kit into the campus lake. – Source

8. Mathematicians have jokingly proposed a standard unit of measurement for beauty: the “millihelen,” inspired by Helen of Troy. A millihelen is defined as the amount of beauty required to launch a single ship. – Source

9. Burger King was forced to change its whole franchise name to Hungry Jack’s in Australia due to a small takeaway joint already trademarking the name in Adelaide. – Source

10. About 90 percent of all American silent films and 50 percent of American sound films made before 1950 have been lost forever. – Source 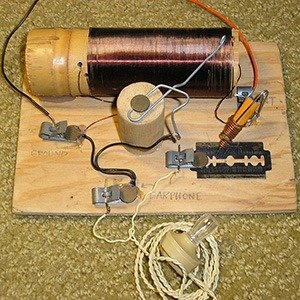 11. During World War II soldiers made simple radios using a razorblade and pencil as the diode. These were dubbed as foxhole radios, named for the earthen shelters and trenches in which soldiers commonly found themselves inhabiting. – Source

12. In 1858, Rep. Galusha Grow was physically attacked by Democrat Laurence Keitt in the House chambers, leading to a brawl between northerners and southerners. The large brawl involving approximately fifty representatives ended only when a missed punch from Rep. Cadwallader Washburn of Wisconsin upended the wig of Rep. William Barksdale of Mississippi. The embarrassed Barksdale accidentally replaced the wig backwards, causing both sides to erupt in spontaneous laughter. – Source

13. LifeLock, an ID protection firm, ran an advertisement in which its CEO, being so confident in the service, made his Social Security Number public. This resulted in him being the victim of identity theft 13 times, in addition to a $12 million company fine for false advertising. – Source

14. When petting a bird, one should pet only the head. For some birds, petting the chest is a form of sexual stimulation and can lead to a frustrated animal. – Source

15. In 1954, a 15-year-old boy told his parents that he was going to school, but instead rode his bike 700 miles in a week from D.C. to Atlanta because he was “homesick for Dixie and his grandmother’s fried chicken.” – Source 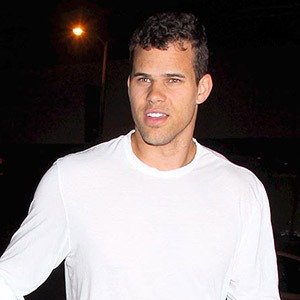 16. When professional basketball player Kris Humphries was 10 years old, he was ranked the No. 1 swimmer for his age nationally. The person ranked No. 2 was young Michael Phelps. – Source

17. Miyamoto Musashi, a Japanese samurai, had such faith in his own swordsmanship that he used a wooden sword regardless of the foe’s weapon. Additionally, Miyamoto killed an opponent with a sword that legend says he carved from an oar. – Source

18. The first living creatures to go into orbit and return safely were 40 mice, two rats, a rabbit, some fruit flies, plants, and 2 dogs. One of the dogs’ puppy was given by Khrushchev to Jacqueline Kennedy. The dog mated with a Kennedy dog, and JFK referred to their offspring as pupniks. – Source

19. The ‘FRIENDS’ episode where Susan and Carol (Ross’ ex-wife) got married, NBC expected thousands and thousands of phone calls and hate mail but actually received only four complaints by telephone. – Source

20. In San Francisco the homeless can take care of puppies and get paid for it. – Source 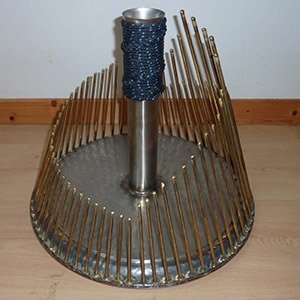 21. A lot of that weird creepy music in horror movies is performed on one unique instrument called a waterphone. – Source

22. It is such a stigma to adopt children in South Korea that women are recommended to wear a maternity pillow to appear pregnant until the adoption is finalized. – Source

23. Jellyfish Lake in Palau is a saltwater lake that was cut off from the ocean and is completely filled with jellyfish. As natural predators have been sealed off from the lake, the jellyfish have harmless stingers due to evolutionary regression. Swimming in the lake is safe and permitted. – Source

24. The most ticketed car in USA is the Subaru Impreza WRX. – Source

25. The reason Morton salt has the little girl with the umbrella as their logo is because Morton discovered that adding magnesium carbonate to table salt made it pour more freely and not clump up, even in humid or rainy weather. Hence their slogan, “When it rains, it pours.” – Source