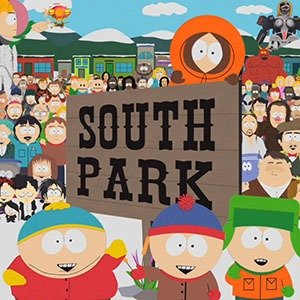 1. Netflix, iTunes, Hulu and Amazon have all refused to stream the 200th and 201st episode of South Park due to the appearance of Muhammad in them. They are currently unavailable to watch anywhere legally as South Park was also forced to partially censor the episodes on the DVD releases. – Source

3. Hugh Hefner’s father, a public accountant, turned him down when he needed money to start Playboy as he did not think the magazine was a good business investment. However, as he was about to leave, his mother took him aside and gave him a $1000 check from her savings to help his venture – Source

4. The largest nuclear power plant in the world is in Ontario, Canada and that their security force has won the U.S. National SWAT Championship four times. – Source

5. In 1985, a doctor in Lovell, Wyoming was convicted of sexually assaulting patients for over 25 years. One of the reasons he was able to get away with it for so long was that many of his victims were strict Mormons and didn’t know what a proper pelvic exam, or even sex, felt like. – Source 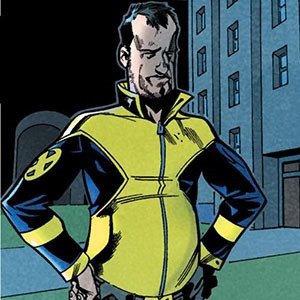 6. ForgetMeNot is a character in the X-men comics who has been on the team for years but, due to his power everyone except Professor X would forget about him. – Source

8. Actor Hugh Laurie realized he had severe clinical depression after seeing two cars collide and explode in front of him, which caused him to be neither excited nor frightened, but bored. – Source

9. After a catastrophic typhoon swept through the Micronesian island of Pingelap in 1775, only 20 people survived. One of the male survivors is thought to have been carrier of a genetic condition causing complete achromatopsia (total colorblindness). Today 10% of the population is affected by total colorblindness.- Source

10. Near the end of his life, Nikola Tesla walked to the park every day to feed the pigeons and even brought injured ones into his hotel room to nurse back to health. He said that he had been visited by a specific injured white pigeon daily. Tesla spent over $2,000, including building a device that comfortably supported her so her bones could heal, to fix her broken wing and leg. – Source 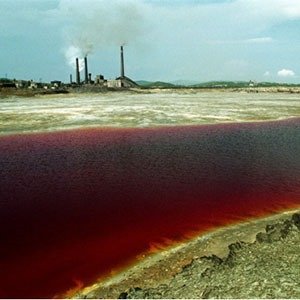 11. The most polluted place on the planet is Lake Karachay, located near the Ural Mountains in Russia. In 1990, just standing on the shore for an hour would give you a radiation dose of 600 roentgen, more than enough to kill you. The lake is located within the Mayak Production Association, one of the largest and leakiest nuclear facilities in Russia. Lake Karachay is now full of concrete that’s intended to keep radioactive sediment away from shore. – Source

12. There’s an area on Mt. Everest called “Rainbow Valley”, named for the multicolored down jackets and climbing gear attached to the numerous corpses littered along the hillside. – Source

13. An 8-inch snowfall on the eve of John F. Kennedy’s inauguration in 1961 left hundreds of cars marooned and thousands more abandoned. An army of men worked all night to clear Pennsylvania Avenue, using flame-throwers. – Source

14. Most cancer patients do not qualify for Locks of Love hair donations, but anyone going through chemotherapy will qualify for wigs from Pantene’s Beautiful Lengths. – Source

15. In the late 80’s and early 90’s McDonalds brought in the McPizza as part of their dinner menu. Customers who were used to fast service were irritated by the long wait times for made-to-order pizza and it was discontinued. Some franchises were left with pizza ovens they paid fifty grand for. – Source 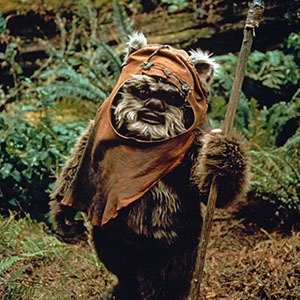 16. In the 1983 film The Return of the Jedi, the teddy-bear like creatures called Ewoks spoke high-speed Tibetan. – Source

17. Alcohol is prohibited in the British Parliament with one exception: the chancellor can drink while delivering the annual budget statement. – Source

18. According to the DVD commentary of the “Sexual Harassment Panda” episode of South Park., Trey Parker and Matt Stone were so exhausted and hungover from doing the South Park movie that they have no memory of making this episode. – Source

19. The person who plays Happy on Sons of Anarchy, David LaBrava, was not an actor but a Hells Angels member brought in as a technical advisor. He was eventually cast as Happy and by the end of the show had his name in the opening credits. – Source

20. Queen guitarist Brian May jokingly asked the band bassist, John Deacon, to learn the double bass for the recording of his folk song ’39. Just a couple days later, he found Deacon in the studio with the instrument, having already learned to play it. – Source 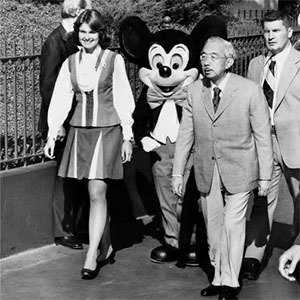 21. Emperor Hirohito of Japan was a huge fan of Mickey Mouse. He was given a Mickey Mouse watch as a gift during his special tour of Disneyland in 1975. For years, even on formal occasions, he was observed wearing the watch. – Source

22. In 1992, a doctor in Canada named John Schneeberger was accused of raping a woman while she was sedated in his office. He was cleared after DNA tests did not match. It was later discovered that he foiled the DNA test by implanting a tube of another man’s blood under his skin. – Source

23. Medal of Honor recipients receive a special pension of $1,259 per month. – Source

24. In the 1980s, an old lady named Dorothea Helen Puente ran a boarding house in Sacramento, California, and cashed the Social Security checks of her elderly and mentally disabled boarders. Those who complained were killed and buried in her yard. She murdered 7 of the residents. – Source

25. Prince Jefri Bolkiah of Brunei has a harem of forty women, including a former Miss USA who sued the Sultan for keeping her and other women as sex slaves but lost the lawsuit after the Prince claimed diplomatic immunity – Source