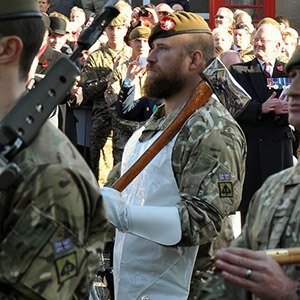 1. Pioneer Sergeant is the holder of the only position within the British Army allowed to have a beard when on parade. The tradition began when every British infantry company had one ‘pioneer’ who would march in front of the regiment. He would wear a ‘stout’ apron, which protected his uniform whilst he was performing his duties, and carry an axe to clear the path for anyone following behind. – Source

3. Some large telescopes use liquid mercury as a reflective mirror instead of glass. The rotating liquid assumes the parabolic shape regardless of the container’s shape and it costs much lower than traditional glass mirrors. – Source

4. When Douglas Adams was writing Hitchhiker’s Guide to the Galaxy, he created the Infinite Improbability Drive when he had no clue how to rescue Arthur and Ford when they were shot into space. – Source

5. In 1974, a US soldier stole a Huey helicopter and flew to the White House in Washington, D.C. As he hovered above the south grounds, the Executive Protective Service shot and injured him, forcing him to land. He only received a one-year prison sentence and $2,400 in fines. – Source 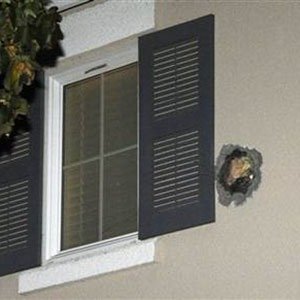 6. In 2011, MythBusters fired a cannonball at a bomb disposal range. The projectile was supposed to hit some rather large trash cans filled with water. Instead, it missed the trash cans, tore through a cinder-block wall, bounced its merry way down a hillside, barreled 700 yards through a suburban California neighborhood, smashed through the front door of a house, bounced up the stairs of the house and, without knocking, penetrated a bedroom door where a man, woman, and child were sleeping. – Source

7. A high-powered digital radio signal was sent on 9 October 2008 towards a possible life-containing exoplanet named Gliese 581c. It is supposed to reach the planet by early 2029. – Source

9. The abbreviation ‘lb’ for pounds comes from the Latin ‘libra’ (scales), like the constellation. – Source

10. Lennon/McCartney had a temporary reunion in 1974 during Lennon’s “Lost Weekend”/separation from Yoko Ono. The reunion was long considered a myth, until a recording surfaced with them, Stevie Wonder and Henry Nilsson. – Source 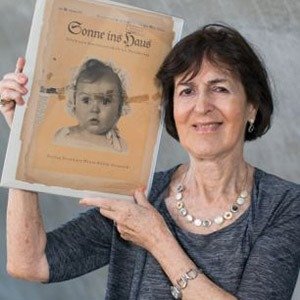 12. Abdul-Rahman was a prince from West Africa who was made a slave in the United States. After spending 40 years in slavery, he was freed in 1828 by order of President John Quincy Adams and Secretary of State Henry Clay after the Sultan of Morocco requested his release. – Source

13. The premise for the movie Interstellar was conceived by film producer Lynda Obst and theoretical physicist Kip Thorne, who collaborated on the 1997 film Contact and had known each other since Carl Sagan once set them up on a blind date. – Source 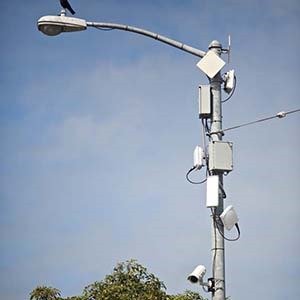 17. The Drug Users Resource Centre, a Canadian Non-Profit organization began teaching Vancouver-area alcoholics how to brew their own beer and make wine in an effort to keep them from drinking alternate sources of alcohol, like rubbing alcohol, mouthwash, and hand sanitizer – Source

19. Steven Spielberg created Indiana Jones after being turned down as a Bond film director. Spielberg was allegedly turned down for several Bond films in the early 1980s as franchise owners thought he may want too much cash.- Source 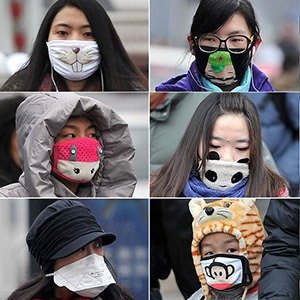 21. Surgery masks that the Chinese began wearing to protect themselves from the polluted air have now become a fashion accessory. Designer face masks with different details and mascots have become a big hit in the country. – Source

22. Ants conduct war in ways similar to humans. They even use more advanced strategies like reconnaissance and sending expendable ants to the front line so as to preserve the stronger ones. – Source

23. In addition to the limited hours that they can drive, New Jersey drivers under 21 are required to display a reflective sticker on the front and back license plates of any car they drive to instantly alert other drivers that a younger driver is behind the wheel. – Source

24. Dwight Eisenhower smoked four packs a day, but quit cold turkey and never smoked again after being advised to quit. He attributed his success to developing a scornful attitude toward smokers who couldn’t quit saying, “I nursed to the utmost my ability to sneer at them.” – Source

25 Kickass and Interesting Facts About Music