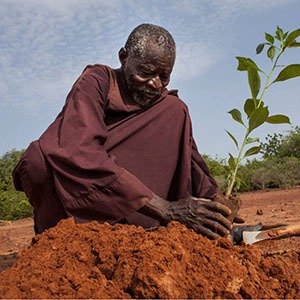 1. A man named Yacouba Sawadogo in the Africa nation of Burkina Faso has single handedly stopped the desertification of his region by reviving ancient farming and irrigation techniques despite being ridiculed by his community. Using a shovel or an axe, he dug small holes into the hard ground and filled it with compost. Seeds of trees, millet or sorghum were planted in the compost. The holes caught water during the rainy season, so they are able to retain moisture and nutrients during the dry season. – Source

2. After Hitler ordered the arrest and deportation of Denmark’s Jewish population in 1943, Danish citizens organized a massive evacuation of the Jews to neutral Sweden, despite the risks. In the end, 99% of Danish Jews survived the Holocaust. – Source

3. Vikings used ravens to navigate. They brought ravens aboard their ships, then released them and sailed in the same direction to find land. The raven was so important to them that it became the symbol on their flag. This practice of releasing ravens was continued into the 18th century. – Source

4. Starting in 1988, the Harvard Medical School partnered with film and TV studios to insert the concept of the “Designated Driver” into popular consciousness. The project was a huge success. – Source

5. Bill Haast, known as “Snake Man,” was bitten by venomous snakes 173 times. A secret of his success was the immunity he had built up by injecting himself every day for more than 60 years with a mix of venoms from 32 snake species. He flew around the world to donate his antibody-rich blood to 21 different snakebite victims. He lived to be 100. – Source 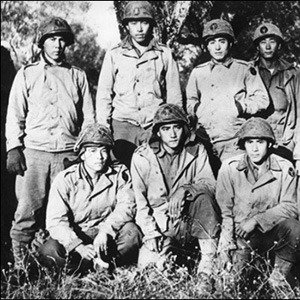 6. The 442nd Infantry Regiment, a largely Japanese American unit that served during WWII, did so while their families were held in internment camps. Their motto was “Go for Broke” and they were the most decorated unit in U.S. military history. – Source

8. In 2003, instead of regular interviews, a magazine gave every San Francisco mayoral candidate the replicant test from Blade Runner. – Source

9. After a video that went viral in 2012 showing a bus monitor getting bullied by students, a Canadian man set up a fundraiser to collect $5,000 for a vacation for her. In the end, they ended up collecting and giving the women over $700,000. She has since retired. – Source

10. Men and women see colors differently. In general, women are better at discriminating among colors while men excel at tracking fast-moving objects and discerning detail from a distance. – Source 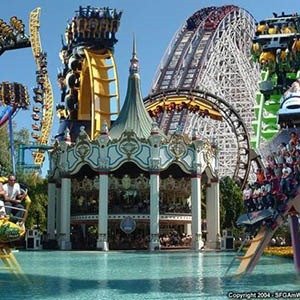 11. The name Six Flags comes from the flags of the six different nations that have governed Texas: Spain, France, Mexico, the Republic of Texas, the United States of America, and the Confederate States of America. – Source

12. During the Chernobyl Disaster, Aleksandr Lelechenko, in order to spare his younger colleagues from radiation exposure he himself went through radioactive water and debris three times. He died less than 2 weeks after the disaster. – Source

13. The rumor that “orange” rhymes with no other word is incorrect. Orange rhymes with Blorenge (a mountain in Wales) and sporange (a sac where spores are made). “Silver” has the same rumor going for it, but it actually rhymes with Wilver (a nickname) and chilver (a ewe lamb). – Source

14. If you take all the letters from the word “wizard” and swap them with opposite letters (a to z, b to y), it spells wizard backwards. – Source

15. Researchers found a single genetic mutation that occurred about 10 million years ago and endowed our ancestors with a stronger ability to metabolize ethanol. As getting drunk off fruit would render one unable to defend territory or look for food, selection favored those with the new mutation. – Source 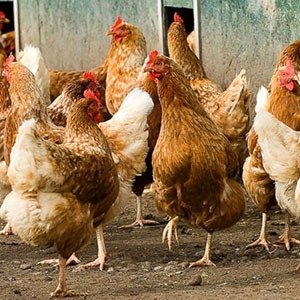 16. Almost all chickens eaten today come from the winner of the 1948 ‘Chicken of Tomorrow’ Contest whose genetics now dominate poultry farms worldwide. – Source

17. In 2006, a 12-year-old spearheaded a study that revealed 70% of the time ice at a fast food restaurant is dirtier than their toilet water. – Source

18. The Tower Of London’s ravens are enlisted as soldiers of the Kingdom. As in the case with soldiers, the ravens can be dismissed for unsatisfactory conduct. Raven George (Enlisted 1977-1986) lost his appointment to the Crown, and was retired to Wales for attacking and destroying TV aerials. – Source

19. When Catherine di Medici was queen of France, she kept a ‘Flying Squad’ of 80 women tasked with sleeping with powerful men to extract their secrets. – Source

20. During the Iran Hostage Crisis, American embassy staff tried to burn classified documents but the furnace malfunctioned, forcing them to use cheap paper shredders. After the takeover, Iran employed carpet weavers to put the shredded documents together. – Source 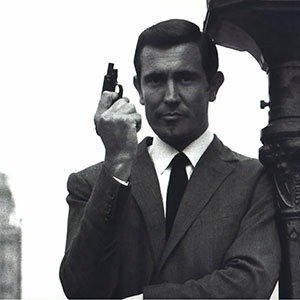 21. George Lazenby wasn’t an actual actor. He got himself a suit, a rolex and a new haircut, then met with the producer and made up movies he had been in. He later landed the role of James Bond. – Source

22. A popular homeopathic treatment for the flu is a 200C dilution of duck liver, marketed under the name Oscillococcinum. As there are only about 1080 atoms in the entire observable universe, a dilution of one molecule in the observable universe would be about 40C. Oscillococcinum would thus require 10320 more universes to simply have one molecule in the final substance. – Source

23. Wild almonds are bitter, the kernel produces deadly cyanide upon mechanical handling, and eating even a few dozen in one sitting can be fatal. Selection of the sweet type, from the many bitter types in wild, marked the beginning of almond domestication. How humans selected the sweet type remains a mystery. – Source

24. Prince Charles charges a wildlife trust one daffodil per year to lease several small islands from him. – Source

25. There is a difference between a hobo and a bum. A hobo is a migratory worker, while a bum doesn’t work at all. – Source

5 Propulsion Systems that could take Humans to Stars