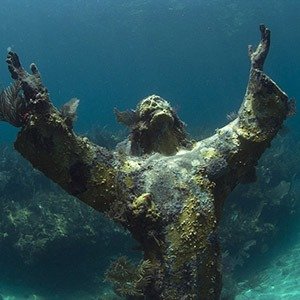 1. When illegal dynamite fishing became rampant in Philippines, officials stopped this practice by placing underwater statues of Jesus and the Virgin Mary, which no one dared to damage. – Source

2. For much of the 1970s, 1980s, and 1990s, the FCC imposed a rule requiring networks that broadcast programming on Saturday morning and Sunday nights at 7 PM/6 PM Central to air bumpers (“We’ll return after these messages…”, “…now back to our programming” and variations thereof) to help younger audiences distinguish programs from advertisements. – Source

3. There is a stuffed animal hospital that cleans and repairs beloved stuffed animals and dolls. The toys are called patients, shipped in an ambulance box, and returned wearing a hospital bracelet with their name. – Source

4. Soviet leader Mikhail Gorbachev’s wife Raisa Gorbachev once told a British Agriculture Minister there were more than 300 ways to cook potatoes in the USSR. When he had doubts, she sent him a cookbook and a note: “My apologies for being somewhat inaccurate: in fact, there are five hundred, rather than three hundred, recipes to cook potatoes.” – Source

5. Every single spy that Hitler thought he had in Britain was a double agent under British control. – Source 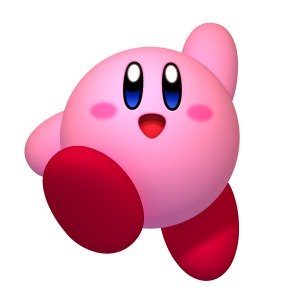 6. In 1992, a team of game developers used a white puffball as a placeholder graphic while they designed their game’s protagonist. They grew fond of the puffball, and decided to keep him rather than replace him with a real character. He became the iconic character Kirby. – Source

7. Yoko Ono once brought a dead rat in a shoebox to a recording studio, and insisted that the sound engineer record it. The engineer recorded two takes of the “dead rat solo.” – Source

8. Gretzky brothers hold the NHL record for the most goals scored by a set of brothers, with a total of 2,861, of which Wayne scored 2,857 and Brent scored 4. – Source

9. Researchers have identified a naturally occurring bacterium in the human gut that keeps people from developing food allergies. This beneficial gut bacterium diminished with frequent antibiotic use at a young age, making children more susceptible to food allergies later in life. – Source

10. “To learn who rules over you, simply find out who you are not allowed to criticize,” is not a quote from Voltaire. It was said by Kevin Alfred Strom, a white supremacist and a convicted pedophile. – Source 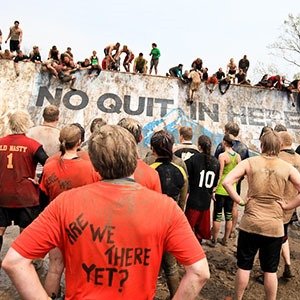 11. Will Dean, the founder of the Tough Mudder, created the race after his wetsuit zipper got stuck during a triathlon and racers around him weren’t willing to sacrifice the time it would have cost to stop and help. He wanted something where teamwork and accomplishment were more important than winning. – Source

12. A study that surveyed older couples married for an average of 39 years found that wife’s happiness is more important than her husband’s when it comes to keeping a happy, lasting marriage. – Source

13. The first goalie mask worn in a NHL game wasn’t until a goalie took a puck to the face, got stitched up, and refused to return to the game unless he could wear a mask. – Source

14. There is a 36 acre artificial reef in Florida constructed entirely out of tires. The “reef” failed as no marine life was able to inhabit it. The site is currently an environmental disaster. – Source

15. When Kurt Cobain committed suicide, President Clinton asked Eddie Vedder (who happened to be visiting the White House the next day) if he should address the nation about it. Vedder advised no, because of concerns it might spur copycat incidents. – Source 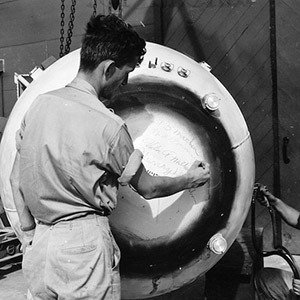 16. In 2014, top secret photographs of the Hiroshima bomb being prepared for launch became declassified. Technicians signed their names on the tip of the bomb just hours before detonation. – Source

17. Actor Matthew Broderick killed 2 women due to careless driving in 1987 while on holiday in Ireland. He was ordered to pay $175 and served no time in prison. – Source

18. During the 1960s, many black civil rights protesters from Detroit were ‘diagnosed’ with schizophrenia (due to their ‘hostile’ and ‘aggressive’ behavior) and confined to asylums. Some protesters were locked up for more than thirty years and died in custody. – Source

19. Mr. Rogers from Mister Rogers’ Neighborhood addressed common childhood fears with songs and skits. One of his songs explained how a child cannot be pulled down the bathtub drain, and he also visited the Children’s Hospital of Pittsburgh to show children that a hospital is not a place to fear. – Source

20. There is an “American” themed restaurant in the Philippines called ArmyNavy Burgers and Burritos that has Freedom Fries, Freedom Toast, and LiberTea on the menu. – Source 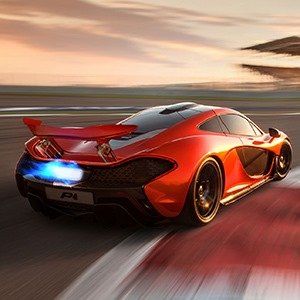 21. The aerodynamics of the McLaren P1 creates more down force than the weight of the car itself. The rear wing also retracts past 150mph to prevent the down force from breaking the suspension. – Source

22. Thousands of Afghans share January 1st as their birthday because they have no idea when their real birthday is. – Source

23. Thomas W. Murphy, a Mormon anthropologist, set about to prove that Native Americans descended from the “lost tribe of Israel” (as posited in the Book of Mormon), was only able to prove that their DNA was of Siberian origin. His research nearly led to his excommunication from the church. – Source

24. In 1983, an Israeli F-15 was able to land after a mid-air collision, which destroyed its right wing. After the incident, the F-15’s producers, McDonnell Douglas affirmed that it was impossible for such a landing to happen, but were corrected after receiving the photos of the event. – Source

25. Ostriches can run faster than horses. They don’t bury their heads in sand. Male ostriches can roar like lions. – Source