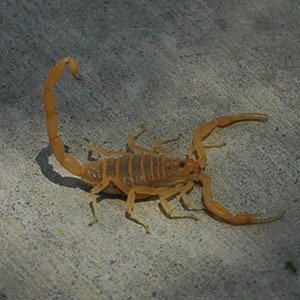 1. Scorpions are incredibly resilient. Researchers have even frozen scorpions overnight, only to put them in the sun the next day and watch them thaw out and walk away. – Source

2. Actor Sean Bean is terrified of flying. Due to his fear, while filming Lord of the Rings when the cast had to fly to remote shoot locations by helicopter, like the snowy mountains, he travelled part of the way via ski-lift and then spent two hours walking the remainder of the journey, in full Boromir costume. – Source

3. In 2010, a 10th grader named Kalief Browder from New York City was jailed for 3 years without a trial for a robbery he didn’t commit. When they finally let him go, he never even got an apology. – Source

4. Life of Brian’s “Always Look on the Bright Side of Life” is the most popular funeral song in the UK and was sung at Graham Chapman’s funeral. – Source

5. Female sand tiger sharks get pregnant with up to 50 embryos. When one of the embryos reaches some 10 cm (4 inches) in length, it eats all the smaller embryos so that only one large embryo remains. – Source 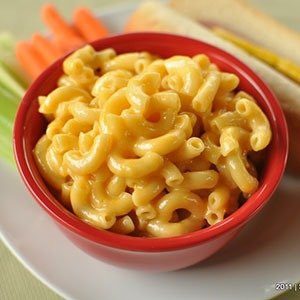 7. Woodrow Wilson personally rejected a proposal put forward by Japan during the Paris Peace Conference that would have confirmed the racial and ethnic equality of all people – Source

8. If you commit suicide in Japan by jumping onto an oncoming train or killing yourself in an apartment building, the train or building company can/will sue your family for cleanup fees, loss of income and negative publicity brought on by your suicide. – Source

9. Hollywood “tough guy” actor Humphrey Bogart was a male victim of domestic violence. His third wife (Mayo Methot) once stabbed him in the shoulder and threatened him with a pistol at a party. – Source

10. Norway stopped investing money into Wal-Mart after determining that the company is guilty of “serious violations of fundamental ethical norms.” – Source 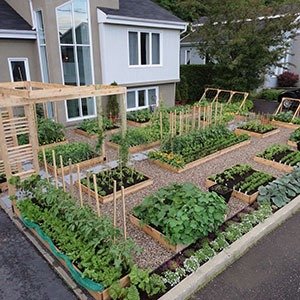 11. A woman in Oak Park, Michigan faced jail for growing vegetables in her front yard; five large planter boxes containing basil, cabbage, carrots, tomatoes and cucumbers. The charges got dropped later on after the city was hammered with negative publicity. – Source

14. The average university student in 1979 only had to work 182 hours per year (a part-time summer job) to pay for tuition, whereas the average 2013 student had to work 991 hours (a full-time job for half the year). – Source

16. Warner Bros held two test screenings of its animated movie “Thumbelina.” The first time around, the audience’s reaction was flat. For the next test, they prefaced the exact same footage with the Walt Disney logo. The test scores soared. – Source

17. In 2011, an anti-Nazi organization called Exit distributed free t-shirts at a neo-Nazi rock concert in Germany. These shirts appeared to be neo-Nazi-themed, but after they were washed, an anti-Nazi message was revealed. – Source

18. When asked how they discovered the hallucinogenic properties of the plants used in the ayahuasca brew, many indigenous Amazonian people said they “received the instructions directly from plants and plant spirits.” – Source

19. When Adolf Eichmann, a.k.a. “the architect of the Holocaust”, was on trial for his war crimes, he couldn’t afford the attorney he wanted. Not wanting any reason to question the legitimacy of the trial, the Israeli government paid for Eichmann to be represented by the lawyer of his choosing. – Source

20. The Roman Emperor Commodus used to fight in the arena as a gladiator. His opponents always consisted of giraffes, citizens missing limbs and wounded roman soldiers. For every appearance in the arena he charged the city of Rome 1 million coins. – Source 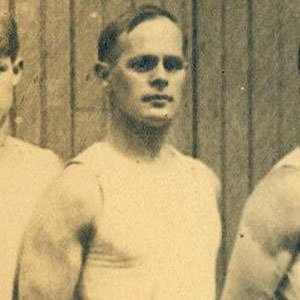 21. George Eyser was an American gymnast with a wooden leg who participated in the 1904 Olympics. He won six medals in a single day that included 3 gold. He was the only Olympian to have competed with a prosthetic limb for the next 100 years, until 2008. – Source

22. Killer whales go through menopause. In fact killer whales, humans and short-finned pilot whales are the only known species to lose the ability to have children, but continue living for decades after. – Source

23. Traditionally Japanese ninjas did not always wear black, as was more commonly depicted in Kabuki Theater. Instead they would typically wear regular clothes that would allow them to easily blend in with commoners. They only wore black on certain occasions, usually when a mission was at night. – Source

24. Director Roman Polanski pleaded guilty of raping a 13-year-old girl in 1977, but fled U.S.A. to avoid charges. This is the reason why his 2011 film Carnage starring Jodie Foster, Kate Winslet, Christoph Waltz and John C. Reilly although set in New York was actually filmed in Paris. – Source

25. In 2006, Nevada gym teacher stopped a 14-year-old school shooter by hugging the shooter. The shooter dropped the gun, and the teacher held him firmly against her until other teachers arrived to help. – Source

The World Is Complicated - International Borders