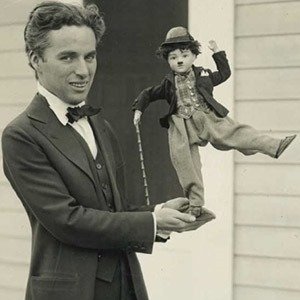 1. In 1978, Charlie Chaplin’s body was stolen and held for ransom. His widow refused to pay ransom demands of £400,000 because “Charlie would have thought it ridiculous.” The body was found 11 weeks later. – Source

2. There is a Nikola Tesla statue that radiates Free Wifi in Silicon Valley. – Source

3. In 1975, freelance writer Chuck Ross tested how hard it was for unknowns to get published by querying the National Book Award winning novel “Steps”. All thirteen agents and fourteen publishers rejected it, including Random House, which had published the book but didn’t recognize it. – Source

5. Before the Civil War, some psychiatrists diagnosed slaves with what they called drapetomania: “a mental illness in which the slave possessed an irrational desire for freedom and a tendency to try to escape.” – Source 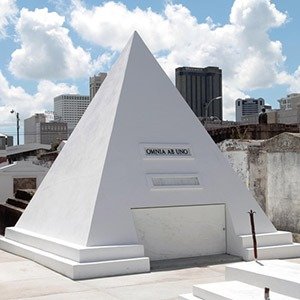 6. Nicolas Cage has already bought his grave. It is a 9-foot pyramid in New Orleans. – Source

7. Nails at one time were so expensive and in such demand that people would burn down old abandoned building just to recover their nails. – Source

8. There is a single ATM in Antarctica, operated by Wells Fargo Bank. It takes Wells Fargo 10 months to prepare to service its ATM, and the employee sent must undergo a psychological evaluation in case they are stranded in Antarctica when flights are cancelled for the season. – Source

10. Two years ago MMA instructer Shihan Grant fought 100 people in a row for almost 6 hours to raise money for a local hospital. – Source 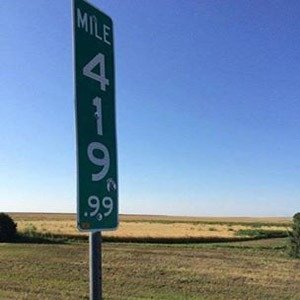 12. Actor Alan c*mming has his own fragrance, shower gel, moisturizer, and candle called; c*mming, c*mming Clean, c*mming All Over and c*mming in the Air, respectively. – Source

13. Maria Anna Mozart, sister of Wolfgang Amadeus Mozart, was also a talented musician, but once she reached a “marriageable age”, her parents would no longer permit her to show her artistic talents. – Source

14. In 1975, a man died of laughter watching the “Kung Fu Kapers” episode of The Goodies. The skit featured a kilt-clad Scotsman with bagpipes battling a man with a black pudding. His widow later sent The Goodies a letter thanking them for making the final moments of her husband’s life so pleasant. – Source

15. The original Fido was a 1940s Italian street dog who became famous for his loyalty to his dead master, who died in a bombing. Fido waited 14 years at the bus station for him. The name means “faithful” in ancient Latin. – Source 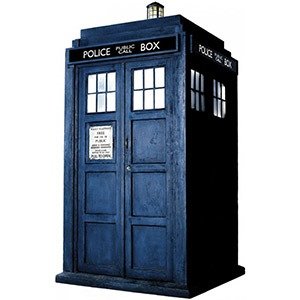 16. MIT and CalTech maintain a “bitter” rivalry despite being 3,000 miles apart. Unlike most rivalries, it is based largely on pranks, including the theft and transport of an antique cannon from one campus to the other, and the appearance of a “TARDIS” on top of a student hall. – Source

17. Quentin Tarantino approached Kurt Cobain and Courtney Love to play “Lance” and “Jody” in the movie Pulp Fiction, but they declined. – Source

18. In WWI, even though the officers knew that at 11 am there was a cease fire agreement, they kept on sending troops into no-man’s land and shelling the enemy lines, right up to 10:59 am. About 2,000 people died with only hours left of fighting. – Source

19. Hercules, a trained grizzly bear from Scotland went missing for 24 days and lost 95 kg because he didn’t like the taste of raw flesh. – Source

20. The Egyptians, not Julius Caesar, were the fathers of the modern calendar. The Roman calendar was lunar and had 355 days. Egyptians knew it was 365 days because the Nile would peak on the same day each year. Caesar learned this from his affair with Cleopatra and created the Julian calendar. – Source 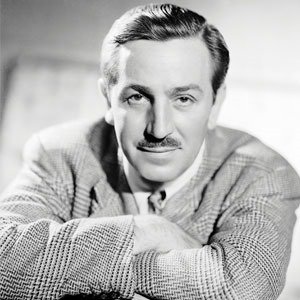 21. Walt Disney often acted out all the characters and stories at production meetings and “was just as great as Chaplin.” His staff often thought that Disney could have been a great actor or comedian. – Source

22. A 2006 study concluded that prehistoric predators had excellent vision, surpassing modern birds of prey. Compared to a bald eagle (whose vision is 4x better than ours), Tyrannosaurus rex had eyes that were 13x as precise as a human’s eyesight, meaning it could see prey from 6 km away. – Source

23. Every year the British Medical Journal publishes an issue full of joke science, like one paper that said men die before women because they are stupid. But years later these articles are cited by scientists as real, and this is causing a lot of problems. – Source

24. The first ever speeding fine was given to Walter Arnold of Kent in UK on January 1896. His speed was 8 mph in a 2 mph zone. He was caught by a policeman on a bicycle. – Source

25 Kickass and Interesting Facts About Light

25 Kickass and Interesting Facts About Bicycles