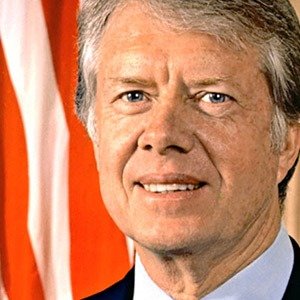 1. Former U.S President Jimmy Carter helped to reduce the Guinea Worm Disease cases from 3.5 million to 126. This disease is now at the brink of extinction. – Source

2. The Cherokee believed that plants, in response to witnessing suffering in the world, created a medicinal plant to cure each disease. When a Medicine Man did not know which plant to use the spirits of the plants told him. – Source

3. The song “Shaving Cream”, despite having been written and released in 1946, peaked at #30 on the Billboard charts in 1975 thanks to the Dr. Demento Show. – Source

4. Vulture’s stomach systems are so strong that they can process anthrax, cholera, and botulism. Their feces is completely sterile which cleans their legs (since they’ve been walking in the stuff most likely) and cools them down (they can’t sweat). – Source

5. The New Zealand government agreed to remove the right of workers to organize trade unions in the film production industry, and to give money to big budget films made in New Zealand in return for Warner Bros making The Hobbit films in New Zealand. – Source 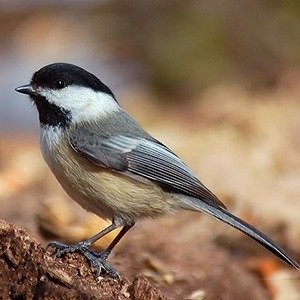 6. Every autumn Black-capped Chickadees allow brain neurons containing old information to die, replacing them with new neurons so that they can adapt to changes in their social flocks and environment even with their tiny brains. – Source

7. ‘Goodbye’ is a misspelled contraction of ‘God be with ye.’ – Source

8. Over time a white dwarf star will cool into a black dwarf. Given the length of time it takes for this to happen (10s-100s of billion years) and our universe’s age (~13.8 billion years old), none are expected to exist yet. – Source

9. When Turkey objected to the inclusion of Mount Ararat located on Turkish territory on Armenian’s soviet coat of arms, Nikita Khrushchev replied “Why do you have a moon depicted on your flag? After all, the moon doesn’t belong to Turkey.” – Source

10. The entire movie “Chinatown” is portrayed subjectively through the eyes of the main character, Jake Gittes (Jack Nicholson), who appears in every scene. In fact, in the one scene when Gittes is knocked unconscious, the film fades to black and fades back in only when he awakens. – Source 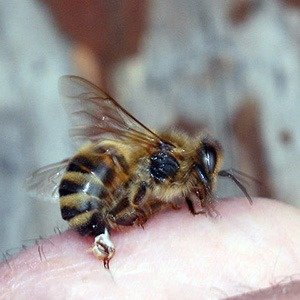 11. Africanized bee, known as Killer bees are breed hybrids that accidentally escaped lab quarantine and since then have spread throughout the Americas. – Source

12. In 2014, Californians consumed 46 billion gallons of water per day and less than 17% of that was consumed by the general public. – Source

13. During the Berlin Airlift one of the pilots gave some candy to some children in Berlin. After seeing how much they enjoyed it he began dropping candy from his airplane before landing. Other pilots soon joined in and over 23 tons of candy was dropped over Berlin. – Source

14. The dispute over whether Newton or Leibniz invented calculus was decided by the Royal Society. Newton, as the President, appointed an impartial committee to decide the issue, which concluded in its official report that Newton was the inventor. Newton was the anonymous author of the report. – Source

15. Nearly one third of the American labor force works on the weekend. – Source 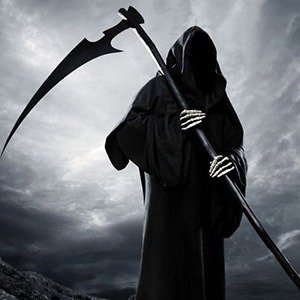 16. The Grim Reaper was most commonly depicted carrying a scythe as imagery to death was an extension of an agrarian society in which harvesting, done in the fall, represented the death of another year. – Source

17. Mississippi is the only state in the US where it is legal to drive while drinking an alcoholic beverage, as long as the driver stays under the legal limit of .08%. – Source

18. A 2 month-old baby boy named Ernest was raffled off at the 1909 World’s Fair in Seattle. No one claimed him with the winning ticket, and it is unclear what happened to him. – Source

19. Kyoto was spared from much of the destruction of WWII. It was removed from the atomic bomb target list by the personal intervention of Secretary of War Henry L. Stimson, who wanted to save this cultural center that he knew from his honeymoon. – Source

20. Police broke up a Lego heist ring last year for stealing $40,000 worth of bricks and found that one of the suspects was also in possession of another $160,000 of bricks, which was 18 pallets worth. – Source 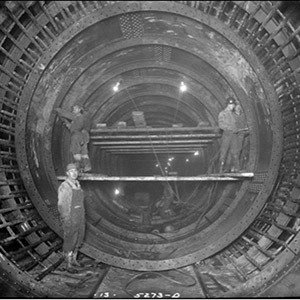 21. One of the aqueducts that provides half of New York City’s water, leaks 35 million gallons a day, enough water to supply nearly half a million people a day. The fix will cost $1.5 billion and won’t be done until 2021. – Source

22. Despite the title, almost all the dinosaurs from Jurassic park lived during the Cretaceous period and not Jurassic period. – Source

23. The industrial band Ministry named their third album “The Land of Rape and Honey,” which is the actual town motto for the rural town of Tisdale, Saskatchewan, an agricultural town known for honey and rapeseed production. – Source

24. Ancient Greek cities honored victorious Olympian athletes by demolishing part of the city wall so that, on their return, they wouldn’t have to use the gate like ordinary mortals. – Source

25. Patent trolls cost businesses $29 billion a year in direct losses and accounts for almost 2/3 of patent lawsuits. Companies that have to pay patent trolls reduce R&D spending, by an average of $211 million and invest in legal representation at the expense of technology development. – Source