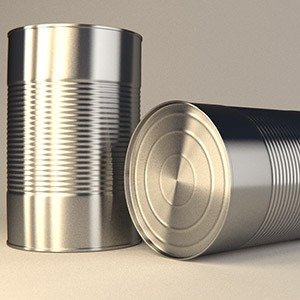 1. All of the tin produced in the US is recycled. The United States has neither mined tin since 1993 nor smelted tin since 1989, but it was the largest secondary producer, recycling nearly 14,000 tons in 2006. – Source

2. There is a surviving fantasy novel written in the 2nd century AD in Roman Syria that features explorers flying to the moon, a first encounter with aliens, interplanetary war between imperialistic celestial kingdoms, and the discovery of a continent across the ocean. – Source

3. A Japanese interpreter once translated a joke that Jimmy Carter delivered during a lecture as: “President Carter told a funny story. Everyone must laugh.” – Source

4. Salvador Dali made a painting for the prisoners at Rikers Island in NYC that hung in the prisoner dining room for 15 years, when it was moved to the prison lobby for ‘safekeeping.’ In 2003, three prison guards and a warden stole the painting. – Source

5. The Aztecs regarded childbirth as a form of battle. Women who died during childbirth were thought to rise to one of the highest heavens, the same one as for male warriors who died in battle. – Source 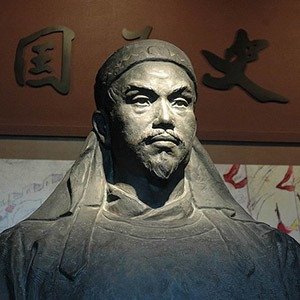 6. Hong Xiuquan, a man thinking he was the younger brother of Jesus, led a rebellion in 1850 to establish his ‘Heavenly Kingdom’ in China. The conflict caused 20 million deaths, more than World War 1. – Source

7. After Michael Jordan scored a game-high 69 points, teammate Stacey King quipped “I’ll always remember this as the night that Michael Jordan and I combined to score 70 points.” – Source

8. In 2014, a man broke out of jail in England because he was fed up with the loud rap music being played ‘day and night’ on his wing. – Source

9. Chinese government takes its officials and members of their families on prison tours on a regular basis to give officials an introduction to what awaits them if they should engage in corruption. The tours include meet-and-greets with former government officials who were caught for corruption. – Source

10. The day after Robin Williams’s suicide, the National Suicide Prevention Lifeline fielded the greatest number of calls in its history. – Source 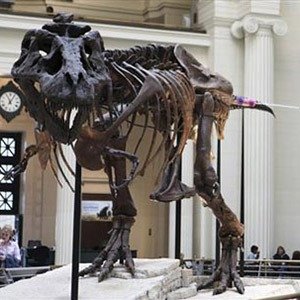 11. Sue, the largest and most complete Tyrannosaurus skeleton ever found, was going to be put in a private collection before companies including Disney and McDonald’s helped fund the Field Museum’s effort to purchase her for display to the public. – Source

12. Murder rates were so high during the 1970s and 1980s in Miami, FL that the Dade County Medical Examiner’s Office rented a refrigerated trailer from Burger King to handle the overflow of corpses. – Source

13. The co-founder of Pinkberry, Young Lee, beat a homeless man with a tire iron after the homeless man flashed a tattoo that the co-founder thought was offensive. He is now doing seven years in prison. – Source

14. 23 year old, Joe Arridy, an intellectually disabled man with an IQ of 46, was wrongfully executed in 1939. He was known for playing with his toy train that the prison warden gave him as a present while on death row. Guards and Inmates described him as “the happiest prisoner on death row.” – Source

15. Harry Truman created the school lunch program in 1946 in response to the high number of military draftees that were rejected because of malnutrition. – Source 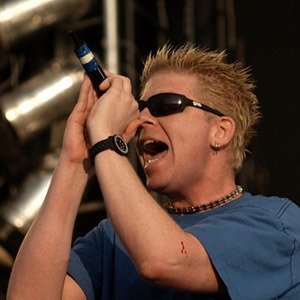 16. Dexter Holland, the front man of Offspring, is a Ph.D. student helping study how… microRNA sequences can help fight against HIV. While he was a young grad student at USC, he came up with the phrase “gotta keep ‘em separated” while waiting for two petri dishes to cool off. – Source

17. When Queen wanted to release “Bohemian Rhapsody”, various executives told them that a song with a length of 5 minutes and 55 seconds was too long and would never be a hit. They even played it to other musicians who claimed that the song had “no hope” of being played on the radio. – Source

18. A study titled “Where Are They Now?” in 1978 followed up on 515 people who were prevented from attempting suicide using the Golden Gate Bridge from 1937 to 1971. About 90% were either alive or had died of natural causes, concluding “suicidal behavior is crisis-oriented” rather than inexorable. – Source

19. In 2009 WhatsApp cofounder Brian Acton was turned down for a job at Facebook, 5 years later Facebook purchased WhatsApp for $19 billion. – Source

20. The show ‘Firefly’ has been permanently added to the International Space Station as a form of entertainment for the station’s crews. – Source 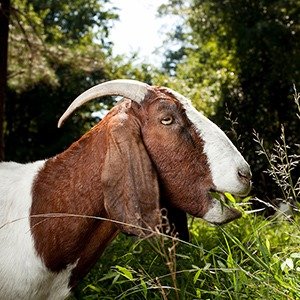 21. There are Rent a Goat, landscaping services whereby goats are used instead of traditional machinery or pesticides in order to curb unwanted invasive plant growth. – Source

22. Dogs watch more TV now thanks to high-def TVs. Old CRT TVs were too blurry for dogs to see, but modern screens allow dogs to see the images as clearly as humans. – Source

24. The Red Hand is the symbol of Ulster because according to myth, a boat race was held to determine the king and first to touch the shore wins the crown. One potential king saw he was losing, so cut off his hand (covering it red with blood) and threw it on the shore, thus winning the race. – Source

25. The modern Ouija Board got its name by asking the board what it should be called. – Source