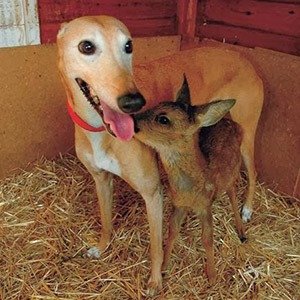 1. During 8 years living in a UK animal shelter, a dog named Jasmine was a ‘surrogate mother’ to over 50 rescued animals; including puppies, foxes, 4 badger cubs, 15 chicks, 8 guinea pigs, 15 rabbits, a deer and a goose. She nursed each with affection, taking care of them as soon as they arrived. – Source

2. Gene Roddenberry, creator of Star Trek, was once in a plane crash in the desert in Syria. With two broken ribs, he repeatedly went back into the burning plane to evacuate passengers, then organized search teams to look for civilization. – Source

3. In 1910, when asked how much vacation time a worker should take annually, President Taft recommended 3 months. – Source

4. Vladimir the Great, Prince of Kiev, considered converting from Paganism to Islam. He sent envoys to study Islam, but upon hearing that Islam forbade alcohol and pork, he got baptized. – Source

5. A pine tree planted in 2004 in memory of former Beatle George Harrison died after being infested by beetles. – Source 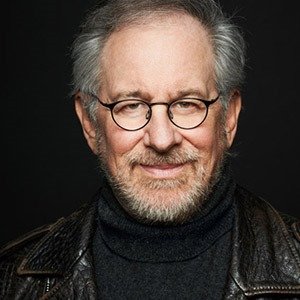 6. When Steven Spielberg was to be awarded his honorary doctorate from USC’s Cinematic Arts school, he agreed to accept only if it was personally signed by the admissions officer who rejected him for an average “C” grade when he applied there as an aspiring film student. – Source

7. In 1943, a former childhood friend of Hitler called Eugen Wasner told an anecdote to his Wehrmacht friends about 9-year-old Hitler trying to pee into a goat’s mouth. The goat then bit his penis, and Hitler ran away crying. Wasner was subsequently sentenced to death. – Source

8. In 1980 a dad in Los Angeles cut his 8-year-old son’s penis off and flushed it down the toilet because he was home late. After a 90-minute search in the sewers, firemen recovered the penis and it was successfully attached back onto the boy in a 3-hour operation. – Source

9. There’s a town in Texas called Earth, and it is the only place on Earth officially named Earth – Source

10. Alcohol is prohibited in the UK Parliament with one exception. The chancellor can drink while delivering the annual budget statement. – Source 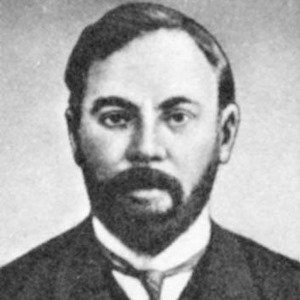 11. A Russian scientist, Alexander Bogdanov, hoped to achieve everlasting life, by transfusing blood with others who were younger than him. Later, he died after transfusing a student with malaria, who made a full recovery after the transfusion. – Source

12. Women with high levels of toxoplasmosis antibodies are significantly more likely to have baby boys than baby girls. In most populations, the birth rate is around 51% boys, but women infected by this cat parasite had up to a 72% chance of a boy. – Source

13. MIT students found out that by buying $600,000 worth of lottery tickets from Massachusetts’ Cash WinAll lottery, they could get a 10-15% return on investment. In 5 years they managed to game $8 million out of the lottery through this method. – Source

14. In 2011, the RIAA sued Limewire for 72 trillion dollars, which is more than the GDP of the entire world. – Source

15. Alexander Graham Bell committed a social faux pas when he unintentionally touched Queen Victoria’s hand when he demonstrated the telephone for her. Others in the audience gasped in horror but the Queen only noted how impressed she was with the telephone. – Source 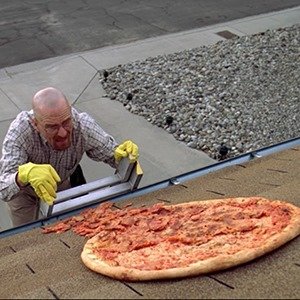 16. Fans of “Breaking Bad” have been attempting to re-enact the scene where Walter White flings a pizza onto the roof of his house. The real-life owner of the house does not appreciate their efforts. – Source

17. Kelloggs made their cereal boxes thinner in 2008 but kept the price the same so that buyers wouldn’t perceive the smaller size box when viewed from the front. – Source

18. During the peak of Ebola news in 2014 people started to avoid Liberia airport in Costa Rica thinking that it was the country in Africa. – Source

19. Albert Einstein’s son, Hans, was a famous hydraulic engineering professor who developed important equations for sediment transport in rivers. When reporters asked Albert what he thought of his son’s career, he replied, “He is working on a more difficult problem.” – Source

20. The first person to receive a Social Security check, Ida May Fuller, collected $22,889 despite only contributing $25. – Source 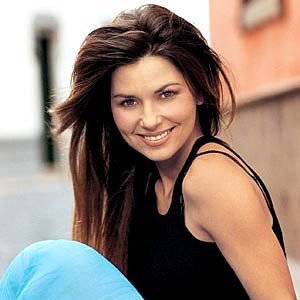 21. Canadian singer Shania Twain divorced her husband after he cheated with her best friend. Later Twain married the ex-husband of that same best friend. – Source

22. There is evidence that the British Admiralty deliberately sent the luxury liner Lusitania into waters patrolled by German U-boats in the hope that the ship would be attacked and sunk with Americans on board, thus drawing the US into World War 1. 1,198 people drowned, including many women and children. – Source

23. We can eat an entire bag of chips without knowing it because chips have a “vanishing caloric density” that is designed to trick our tongues/brain into thinking we haven’t actually eaten anything. – Source

24. Ferdinand Magellan’s expedition claimed to have encountered giants in South America. While anchored near modern-day Argentina, Magellan’s men reported encountering 8-foot-tall men on the beaches of Patagonia. Historians have surmised that the “giants” were actuality members of the Tehuelche tribe. – Source

25. In 1989 a scuba diver was sucked up by an intake pipe of a nuclear power plant, dragged over 1,600 feet, and deposited in one of the reactor cooling ponds. He lived. – Source