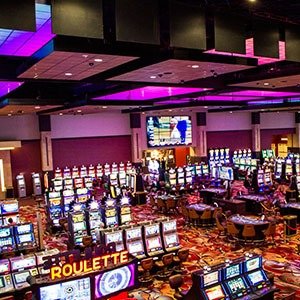 1. Many casinos are have started introducing “skill-based” games because younger people are bored with the standard “luck-based” ones like slots and roulette. Gamblers will be able to bet and win money on things like free throw contests, “Cashteroids,” a modified version of Angry Birds, and more. – Source

3. Ozzy Osbourne donated $10,000 to a music school for underprivileged children after watching their rendition of “Crazy Train.” – Source

4. A man’s brain tumor caused him to orgasm whenever he looked at safety pins. – Source 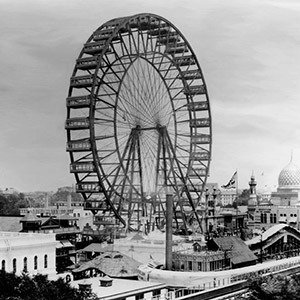 7. In 1977, the band Pink Floyd tied a giant inflatable pig to a power station as a publicity stunt. The pig broke free, and floated over Heathrow airport, where all flights had to be grounded to avoid collisions with the pig. – Source

8. Butterfly McQueen, one of the stars of “Gone with the Wind,” was unable to attend the film’s premiere because it was held in a whites-only theater. – Source

9. Erwin Schrödinger never thought a cat could be both alive and dead. The thought experiment was a satire that criticized the Copenhagen interpretation of quantum mechanics. – Source

10. Cleopatra was born out of a lot of inbreeding. Through three uncle–niece marriages and three sister–brother marriages, her family tree collapses to a single couple at four, five or six generations back (counting through different lines). – Source 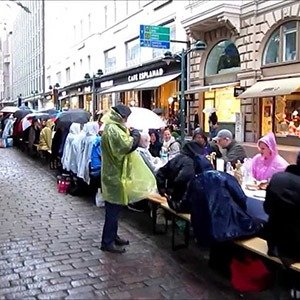 11. Helsinki, Finland has an annual celebration called Dinner Under the Sky, where all Helsinkians can set up a table outside and enjoy their dinner on the city’s sidewalks, parks, or even in the middle of the busiest shopping streets. – Source

13. Patrick Stewart was the original narrator of “The Nightmare Before Christmas.” Although, Tim Burton eventually cut his narration and changed the voice, the film’s composer, Danny Elfman, kept Stewart’s original recording in his soundtrack because he liked the actor’s reading better. – Source

14. At the 2012 International Shooting Grand Prix, gold medalist Maria Dmitrienko of Kazakhstan had to listen to the entire parody of O’ Kazakhstan from Borat. The incident resulted from the wrong song being downloaded from YouTube at the last minute. Senior officials of Kazakhstan were furious. – Source

15. Before Saladin died in 1193, he had given away all his wealth to his poor subjects. His estate consisted of 1 piece of gold and 40 pieces of silver, not enough to pay for his funeral. – Source 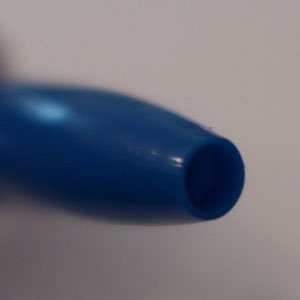 16. Bic pen caps have a hole to reduce the risk of suffocation if accidentally inhaled. – Source

17. Raccoons are smarter than cats and dogs, and have approximately the same mental attributes as monkeys. – Source

18. Before his death, Ed Sullivan believed he was suffering complications from his long-standing battle with ulcers. He did not know that he had been diagnosed with advanced esophageal cancer the month before, a diagnosis his family and doctors had kept secret from him. – Source

20. The oldest continuously serving navy in the world belongs to Portugal. – Source 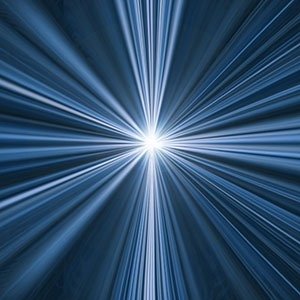 22. The funny bone (ulnar nerve) is the largest unprotected nerve in the body. – Source

23. The familiar ‘valentine’ logo at the beginning and ending of ‘I Love Lucy’ wasn’t added until the show went into syndication. The show was originally sponsored by Philip Morris, and began with Lucy and Ricky dancing around a huge pack of cigarettes. – Source

25. In the 1950’s, TV shows were not allowed to use the word “pregnant” as it was considered indecent. – Source

Sim Cards - How Government is using it to snoop on you