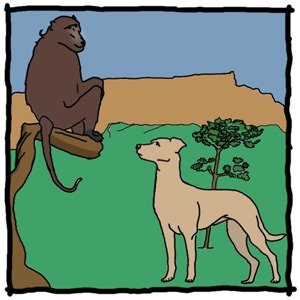 1. Baboons have been observed to kidnap and raise feral dogs as pets. The dogs protect the baboons from other feral dogs and baboons care for the dogs including grooming them, an act only done for those considered as family. – Source

2. In 2007, a married couple unknowingly met each other on a cheating site. They then went on a date and realized that they were both cheating with each other. – Source

3. Hitler’s doctor injected him with a solution of water and methamphetamine, which he called “vitamultin.” He kept a diary of the drugs he administered to Hitler, usually by injection (up to 20 times per day). The list included drugs such as heroin as well as poisons. – Source

4. Crows pass the ‘marshmallow test,’ i.e., they resist the temptation to eat a food if they know a tastier treat is coming later. This test of self-control is used to assess mental development in humans. – Source

5. Lego bricks are very consistent, with only 18 bricks out of every 1,000,000 made being considered defective. The design and manufacture of bricks is also consistent enough to allow bricks manufactured today to interlock with those manufactured in 1958. – Source 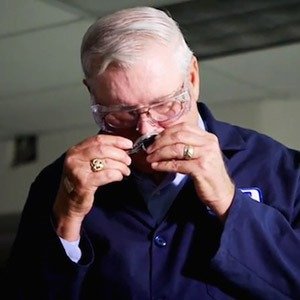 6. NASA employs a guy named George Aldrich, who smells everything before it goes into space with astronauts to protect them from toxic and obnoxious odors. – Source

7. We say “pardon my French” after swearing because in the 19th century, English-speaking people would drop French phrases into conversation to display class, apologizing because many of their listeners wouldn’t know the language. Then people hid swear words under the pretense of them being French. – Source

8. The “IKEA bias” makes you place a disproportionately high value on stuff you partially assemble yourself, regardless of the quality of the end result. – Source

9. The leader of Myanmar (formerly Burma) was advised by a wizard that his country was leaning too far to the left, politically. To remedy this, he forced the population to drive on the right side of the road, causing mass confusion. – Source

10. A clothes shop in Beijing banned Chinese customers. This is perfectly legal in China as there is no legal ban on racial discrimination. One employee’s explanation for the ban was that some Chinese customers are too annoying and that the Chinese women often try lots of clothing but end up buying nothing. – Source 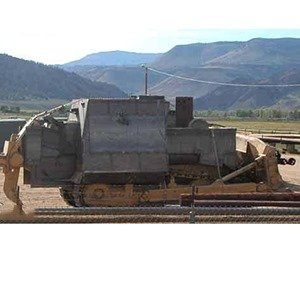 11. After multiple disputes with his town. Marvin Heemeyer constructed a concrete/steel armor-plated bulldozer “Killdozer” to destroy those who had sided against him. His rampage destroyed 13 buildings and was unstoppable by Police/SWAT until the dozer stalled. He killed himself and was the only casualty. – Source

12. Italian astronaut Luca Parmitano, during a 6-hour spacewalk on the International Space Station, nearly became the first man to drown in space when his helmet began to inexplicably fill with water due to a leak. – Source

13. If you put superglue on cotton, it will catch fire. – Source

14. Apple Inc. excused their use of child labor in deadly conditions in Indonesia by claiming that the child laborers would be worse off if Apple didn’t hire them, and that not hiring them “would do nothing to improve the situation.” – Source

15. “Nail houses,” properties, standing alone amid the ruins of other buildings, that belong to owners who have stood their ground and resisted demolition are a thing in China. – Source 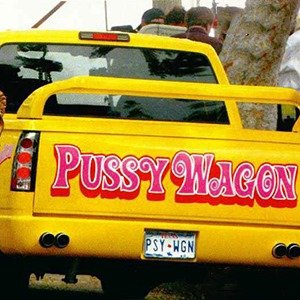 17. The name of the country Bhutan translates to “The Land of Dragons”, the Bhutanese people call themselves “Dragon People”(translated) and the head of state of Bhutan is the “Dragon King.” – Source

18. Pringles are technically not potato chips but a slurry of rice, wheat, corn, and some potato flakes – Source

19. In 2002, Pepsi had a contest where customers who bought Pepsi could win a car by choosing the right key. However, a man was sued by Pepsi for being able to open the car because Pepsi had made the contest impossible to win by not having the key for the car as a selection. – Source

20. John Newton, most famous for writing “Amazing Grace,” spent the early part of his life as a sailor, then captain, on several slaving ships before converting to a life of evangelical Christianity. Late in life he became an abolitionist, expressing regret that it had taken him so long to do so. – Source 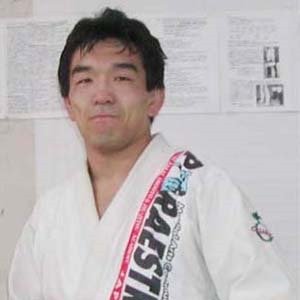 21. Martial artist Yuki Nakai beat 2 fighters, twice his size, in a tournament, even after an illegal eye gouge that left him blind in one eye. He developed complete blindness in that eye, yet kept it secret for years in order to protect the reputation of martial arts. – Source

22. The reason the name of so many south and central Asian countries end in “stan” is because it is an ancient meaning “land of” or “homeland.” – Source

23. The common Sikh name Singh isn’t actually a last name but rather one added to all baptized Sikh males. – Source

24. In 2007, Facebook CEO Mark Zuckerberg commissioned David Choe to paint murals for their office. Although he thought the Facebook business model was “ridiculous and pointless,” Choe, an avid gambler, chose to receive stock in lieu of cash. His shares were valued at $200 million by Facebook’s IPO. – Source

25. Wrestling legend Davey Boy Smith a.k.a. The British Bulldog was given his middle name, Boy, when parents mistook ‘middle name’ for ‘gender’ on his birth certificate. – Source

At what rate, if any, does the earth produce fossil fuels?