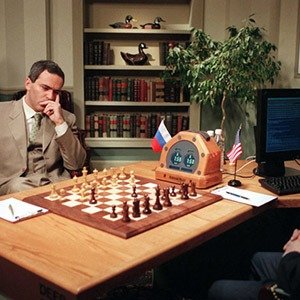 1. In MAY 1997, an IBM supercomputer known as Deep Blue beat then chess world champion Garry Kasparov, who had once bragged he would never lose to a machine. After 15 years, it was discovered that the critical move made by Deep Blue was due to a bug in its software. – Source

3. ‘Judas Goat,’ is a goat that keeps panicked livestock calm in a slaughterhouse. The goat stays calm because it would always live. – Source

4. When Roy Horn, of Zigfried and Roy, was “attacked” by the white tiger Montecore, it was because Roy had suffered a stroke on stage and Montecore responded by picking him up to move him out of the way, severing an artery in the process. – Source

5. Mathematician Paul Erdos could calculate in his head, given a person’s age, how many seconds they had lived, when he was 4 years old. – Source 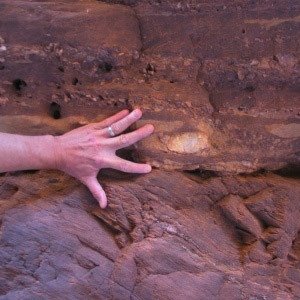 6. Near the bottom of the Grand Canyon, you can place your hand across a geological division where the difference in age between the rock touching your upward fingers and the rock touching the base of your hand is more than 1 billion years. – Source

7. Director Robert Zemeckis, who has approval over all films in the Back to the Future franchise, says that he will block all attempts to remake or reboot the original film. – Source

8. A term for gay used to be “Friend of Dorothy.” In the 80s, the Navy believed that there actually was some woman named Dorothy at the center of a massive ring of homosexual military personnel, so they launched an enormous and futile hunt for the elusive “Dorothy.” – Source

9. McDonald’s is set to have fewer locations next year for first time ever. – Source

10. Ron Jeremy was a teacher before going into p*rn, and holds a Master’s Degree in Special Education. – Source 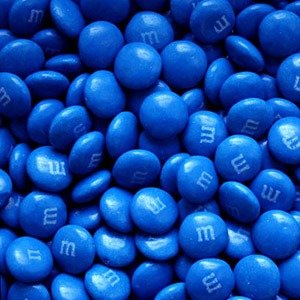 11. Research has found that dye in blue M&M’s repairs rats’ spinal injuries when injected into them. It also turns them blue. – Source

12. The Nazi’s used special buses that had their exhaust fed into the passenger compartment where they transported mentally disabled people in order to kill them. – Source

13. There is a whiskey boom in the state of Washington. Coupled with its more lax distilling laws, Washington is very similar to Scotland with its wet, temperate climate and arable coastal locations that make for an ideal place to grow barley for whiskey. – Source

14. Blu-Ray discs hold more data because the laser is actually blue, which has a shorter wavelength than red and can read more accurately, allowing for more storage. – Source

15. Daniel Webster tried and failed three times to be elected president. During the same period, he was offered vice-presidency by both Harrison and Taylor, and declined both offers. Both presidents later died in office, which in either case would have made Webster president. – Source 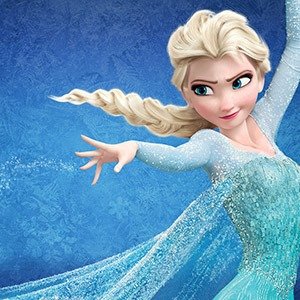 16. Before “Let It Go” was written, Elsa was the main villain in Frozen, however the song was so uplifting that her character was changed instead of the song. – Source

17. Hitler’s chief architect, Albert Speer, was an adherent of the “theory of ruin value”: the architectural goal of constructing buildings that later collapse into aesthetically-pleasing ruins over the course of thousands of years. – Source

18. Florida suffered catastrophic wildfires during 1995. Florida’s Division of forestry later discovered that the underlying problem was the cessation of controlled burning, which was stopped at the behest of homeowners. – Source

19. Pacman was designed to be a never-ending game. The variable that holds the level was only an 8 bit integer though, so at level 256, the game goes bonkers, and level 256 is impossible to beat. – Source

20. The Apollo program had a massive effect on the atmosphere of the Moon, with each landing potentially doubling the Moon’s atmospheric mass. – Source 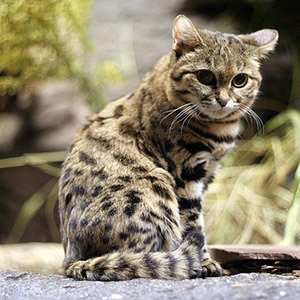 21. The black-footed cat, Africa’s smallest feline predator, has been known to kill sheep by hanging on to their throats until they have bitten through the jugular. Their maximum size is roughly 5 lbs. – Source

22. At least six air traffic controllers who dealt with two of the hijacked airliners on Sept. 11, made a tape recording that same day describing the events, but the tape was destroyed by a supervisor without anyone making a transcript or even listening to it. – Source

23. Left-spiraling snails are generally as rare as left handed humans, especially because left and right spiraled snails can’t mate together easily, but in Japan snakes gobble up righties easily but can’t bite into the lefties, so there are way more lefties. – Source

24. The first cloned pet was a cat and it was named Copy Cat. – Source

25. Professional ballet dancers can go through 4 pairs of pointe shoes in a week. – Source

AskReaders: What should someone absolutely NOT do when visiting your country?

What would happen if the moon was covered with a highly reflective material (such as tin foil)?