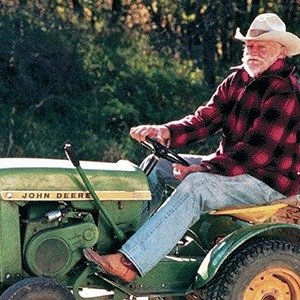 1. In 1994, a 74-year-old man named Alvin Straight who was unable to get a driver’s license drove 240 miles on a 1966 John Deere lawnmower to visit his brother who recently had a stroke. At a top speed of 5 mph, the journey took 6 weeks. – Source

2. When helium is cooled to almost absolute zero, the lowest temperature possible, it becomes a liquid with surprising properties. It can flow against gravity and will start running up and over the lip of a glass container. – Source

3. The last private owner of Stonehenge, upon gifting it to the public, stipulated that the public should never have to pay “a sum exceeding one shilling” per visit. – Source

4. On a $500 bet, the first words of the third man on the moon (who was somewhat shorter than Neil Armstrong) were “Whoopie! Man, that may have been a small one for Neil, but that’s a long one for me.” – Source

5. In Japan’s Shima Marineland aquarium, a goldfish was thrown into an exhibition tank as a live-bait for a larger fish. The goldfish escaped through a tiny gap that led to a filtration tank, where it lived alone in the dark for 7 years, feeding off food scraps that made its way into the tank. – Source 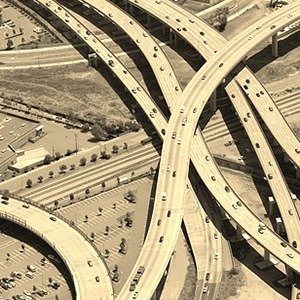 6. The most expensive Mega-Project ever was Eisenhower’s Interstate Highway System, costing 500 billion dollars, and dwarfing the cost of every other Mega-Project in history. – Source

8. A reckless neurosurgeon in Texas killed and paralyzed several patients over 18 months in spite of many formal complaints of his malpractice by fellow neurosurgeons. – Source

10. Terminator 2: Judgment Day is the only movie sequel to win an Academy Award where the previous movie wasn’t even nominated. – Source 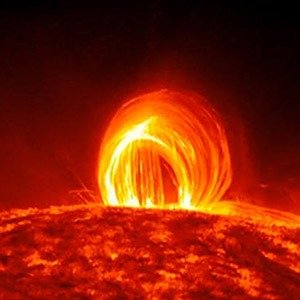 11. Plasma is actually the most common phase of matter in the universe. Despite being rare on Earth, the Sun, the stars, and most interstellar matter is plasma. – Source

12. Dr Dre didn’t know Eminem was white when he decided to work with him. – Source

13. Japanese gymnast, Shun Fujimoto, broke his knee at the Olympics in 1976, but didn’t tell anyone and performed miraculously despite his injury, winning his team the gold medal. – Source 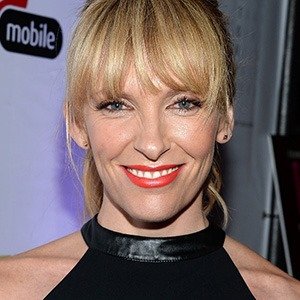 16. Actress Toni Collette pretended to have appendicitis at age 11. Her acting was so convincing that doctors performed an appendectomy. Her removed appendix was found to be completely normal. – Source

17. During Roman times, salt was worth its weight in gold. The word “salary” comes from the Latin for salt (Salarium). It was part of their weekly food kit. Each soldier would be given food daily from stores and scrounging but the salt they received once a week had to last them the week. Their weekly salt. In a hot climate like the Mediterranean, a soldier without salt would quickly dehydrate and not be in fighting trim. He wouldn’t be worth his salt. – Source

18. In 2014, scientists created Vantablack, a substance made from carbon nanotubes, which absorbs 99.965% of radiation in the visible spectrum making it the blackest substance known. – Source

19. Classic Western one-on-one quick-draw duels were inspired by one particular shootout between Wild Bill Hickok and David Tutt. Wild Bill won and became a sensation in the media, but was also charged with murder. He later got off by pleading self-defense. – Source

20. The US fought wars against the Native Americans until 1915. – Source 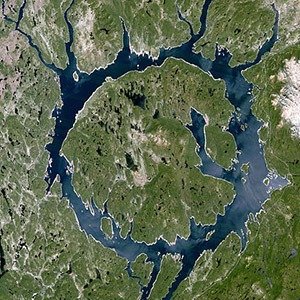 21. Canada built a reservoir within the remnant of an ancient eroded meteor crater. Visible from space, it is known as “The Eye of Quebec.” – Source

22. Rosacea, a skin disease found mainly in those of Northern European descent and also known as The Curse of the Celts, is actually an evolutionary adaptation acquired by ancestral Celtic people to fend off bacteria during seasonal periods of low ultraviolet levels. – Source

23. In a test of cognitive dissonance, researchers paid participants either $1 or $20 before completing a boring 1-hour task. Afterwards, those who were paid $1 said that the study was stimulating while those paid $20 said they hated it. The low-paid people had to rationalize doing the task for only $1. – Source

24. Rabbit Starvation is a rare form of malnutrition that occurs when exclusively eating extremely lean meats, like rabbit. Since rabbit meat is so lean, if someone eats only rabbit they will starve to death. – Source

25. Before becoming a best-selling true crime author, Ann Rule worked side-by-side and alone with psychopathic serial killer Ted Bundy during the night shift at a suicide prevention hotline. While still working together, she began writing about the unsolved murders in the area. – Source