1. Buy Nothing Day, an international day of protest against consumerism with more than 65 countries globally participating, runs concurrent to the Black Friday day – Source

3. An Islamic religious authority in Iran blamed women who dress immodestly for causing earthquakes. In response to this, a blogger organized Boobquake, an event where 200,000 women wore immodest clothing in a light-hearted scientific experiment to produce an earthquake. – Source

4. Approximately, 4 pounds of your body weight comes from the weight of trillions of microorganisms in your gut. – Source

5. John C. Beale, a man who pretended he was a CIA secret agent, flew around the world on first-class flights, stayed in high-end hotels and cost the taxpayers almost $900,000. – Source

7. There are 2 times more bathrooms than needed in the Pentagon because it was built during segregation. – Source

8. Until 2000, interracial marriage was illegal in Alabama. – Source

9. Common legal terms come in pairs (null and void, will and testament, aid and abet, part and parcel) because old English courts used English terms along with French or Latin terms to avoid confusion. – Source

10. Alaska and Hawaii are the two states in USA where temperature has never surpassed 100 degrees F. – Source 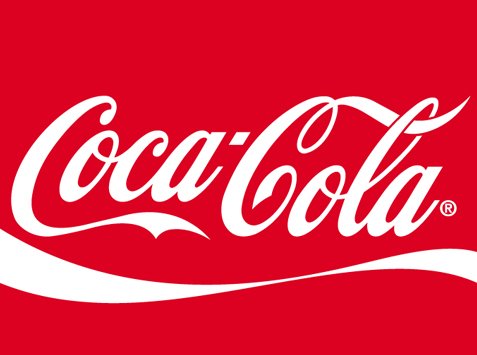 11. Coca-Cola once tried to sell bottled water at a premium price which happened to be tap water taken from the mains. – Source

12. The newest US Navy destroyer, USS Zumwalt, is so stealthy that they have to put huge reflectors on it during peacetime operations because radar thinks the 610-foot warship is a 50-foot fishing vessel. – Source

13. The prison that was used in the film The Green Mile was also used for filming Earnest Goes to Jail and imprisoned James Earl Ray and Johnny Cash. The abandoned prison is located in Tennessee. – Source

14. The Great Pyramid of Giza is made of 6.3 million tons of material which is more material than it took to build all the churches and cathedrals in England. – Source

16. At top speed, the tires of Bugatti Veyron will only last for 15 minutes and it will run out of fuel in 12 minutes. – Source

17. Dragonflies have a high power/weight ratio and have been documented accelerating at 4 G linearly and 9 G in sharp turns while pursuing prey. – Source

18. There was a team of ex-navy seals called “Red Cell”, which was tasked to take over military bases, steal top secret documents, kidnap and take hostage VIPs, and even infiltrate air force one in order to expose security flaws. – Source

19. Tetris Syndrome is a syndrome which happens when you play a game for too long and you start to dream and hallucinate about it in your peripheral vision. – Source

20. The Turkish F-Keyboard was designed using studies on bone and muscle anatomy of the fingers and letter frequencies in the Turkish language. With this scientific preparation, Turkey has broken 14 world records in typewriting championships between 1957 and 1995. – Source

21. Jesus nut is the bolt at the top of a helicopter shaft that holds it all together. It got its name because if it were to fail in flight, the only thing left to do would be to pray to Jesus. – Source

22. A female minor league pitcher struck out Babe Ruth and Lou Gehrig back-to-back in 1928. Her contract was voided; in 1952 MLB officially banned women, which was not revoked until 1992. – Source

23. NASA had a plan to sever communication if the Apollo 11 astronauts were stranded on the moon. – Source

24. All the Children in Mexico are granted a “National Vaccination Card” where their vaccination history has to be registered. It is mandatory to have a complete record including 14 preventable diseases to enroll in school. – Source

25. Trees can tell if deer are trying to eat them. Due to their ability to detect deer saliva, trees defend themselves by producing excess acids that cause their buds to taste bitter so that the deer will lose interest and leave them alone. – Source

25 Kickass And Interesting Facts About Beards