1. Ben, a 30-year-old elephant attempted to get help at a safari lodge after being shot by poachers. The elephant waited patiently near the lodge for the 6 hours it took the vet to fly in and dress his 3 bullet wounds. – Source

2. At the surrender of the American Civil War, the Union troops began to cheer but Grant silenced them immediately. He later stated that “The Confederates were now our countrymen, and we did not want to exult over their downfall” – Source

3. At one point of time lightbulb lifespan had increased so much that world’s largest lightbulb companies formed a cartel to reduce it to a 1000-hr ‘standard’. – Source

4. Texas billionaire and former Presidential candidate Ross Perot wrote a blank cheque to fund and save the 500-year old Treaty Oak in Austin Texas which was poisoned by a vandal. – Source

5. Due to thousands of different commercial glitters, identical glitter particles can be compelling evidence that a suspect has been at a crime scene. – Source

6. As a part of the “Five Articles of Faith”, the Sikh are required to carry a curved dagger at all times. This is specifically for the defense of the innocent and those in peril. – Source

8. In 1610 a Japanese man traveled to Mexico to establish trans-Pacific trade relations. His journey was recorded in the journal of an Aztec nobleman. – Source

9. A drug testing expert was high on cocaine almost every day she went to work, calling into question some 30,000 criminal drug cases she processed over the course of eight years. – Source

10. Clint Eastwood insisted on removing some of the dialogue in the original script for his character ‘The Man with no Name’ in the Dollars trilogy so that it could make the character more mysterious. As the trilogy progressed the character became even more stoic and silent. – Source

11. “Ring Of Fire” popularized by Johnny Cash was actually written by June Carter about her falling in love with Johnny Cash while he was still married to his first wife. – Source

12. George Washington’s mother was alive to see George Washington win the revolutionary war and see him become the nation’s first president. She was consistently dissatisfied with her son and even petitioned Virginia for a pension because of claimed neglect. She was also rumored to be a loyalist. – Source


13. Beer hops naturally produce an acid that can kill off a parasitic mite known to annihilate entire colonies of bees. Hops have shown such promise to helping Colony Collapse Disorder, that the EPA has even approved their use as a biochemical miticide. – Source

14. Van Gogh, in the final two years of his life, averaged about 3 completed paintings per week. All in all, he produced 900 paintings in a 10-year career, making him one of the most prolific painters of all time. – Source

15. Better Business Bureau is not run by the government but is a non-profit company that made 200 million USD in 2013. – Source 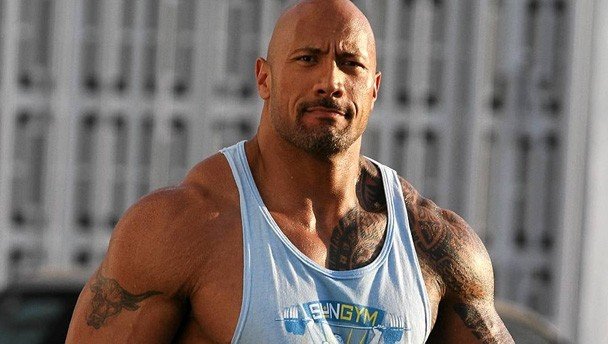 16. Dwayne Johnson was set to star in a movie about Hawaiian warrior king Kamehameha, but was pulled because he’s Samoan, with the producer saying, “It would be a great taboo for the part to go to a nationality that was a fierce enemy of the Hawaiians during that time.” – Source

17. Tony the Tiger once asked furries to stop sending him anthropomorphic p*rn via twitter. – Source

18. A woman created a fake facebook profile of a teenage girl and sent a friend request to her husband, then used transcripts of their conversations to get him arrested. He was freed and all charges were dropped when he produced a notarized affidavit, proving he knew it was her all along. – Source

19. A 12-year-old boy who saw his own father murdered by a family friend avenged the death of his father by killing the alleged murderer in a revenge attack he had planned for 12 years. He cut him into 12 pieces, one each for the years of wait. – Source

20. Andrew Jackson killed a man in a duel for insulting his wife. Jackson let the opponent shoot first, who hit Jackson in the chest. Then Jackson took his sweet time to aim. People called it too cold-blooded &, as a result, Jackson became a social outcast. – Source

22. The term “groggy” comes from either the British or American Navy. These sailors drank Grog, which was a mix of rum, water, and citrus juice, which was used to fight scurvy. Someone who is dazed or sleepy might feel as if they have had too much grog, making them “groggy.” – Source

23. Porphyria, a collection of diseases where symptoms include severe sun sensitivity, prominent canine teeth, and peculiar behavior, is thought to be the basis of the vampire legend – especially as symptoms are worsened by garlic. – Source

24. A German man once celebrated his birthday for 46 hours by traveling through different time-zones. – Source

25. The Japanese monster Betobeto-San, which follows behind people at night making the sound of footsteps. It is not dangerous, and can be escaped simply by standing to the side and saying “After you, Betobeto-san.” – Source