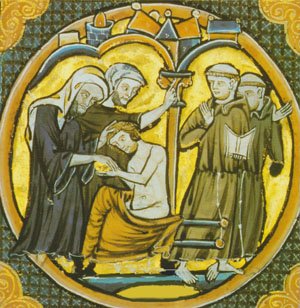 16. There was a religion in medieval Europe called Cathar. It was a splinter of Christianity, and they held beliefs such as women and men being equal and homosexuality being tolerated. – Source

17. When Socrates was asked to propose his own punishment, he suggested a wage paid by the government and free dinners for the rest of his life. – Source

18. Reading simplified scientific papers makes people overestimate their comprehension and underestimate the importance of experts in that field. – Source

19. Before the invention of the elevators, poorer tenants used to live in higher floors equivalent to the penthouse of the modern day. – Source

20. Around 70,000 years ago the volcano Toba in Indonesia erupted and covered the earth with so much ash the sun was dimmed for 6 years. The population of early humans neared extinction and some studies indicate there were as few as 40 breeding pairs. – Source

21. The three member crew of NASA’s Skylab 4 mission staged a one-day mutiny where they shut off all communication with ground control and spent the day relaxing and looking at the Earth. – Source

22. John Lasseter was fired from Disney after pitching a computer animated version of The Brave Little Toaster. He would later go on to work for Pixar and directed a similar and even more successful movie, Toy Story. – Source

23. In 1976 a Soviet pilot defected to Japan with one of their most advanced jet, a MiG-25P. They returned it after learning all its secrets with a $40k bill asking for the shipping fare and repair for the damage it caused to the runway. – Source

24. There was an unwritten law in the circus world that giants should never allow themselves to be measured. Every circus could then maintain that they had the world’s tallest man and no one could prove otherwise. – Source

25. The term “Gaslighting” comes from a 1938 stage play called Gas Light in which a husband tries to make his wife think she’s going insane through mental manipulation. – Source