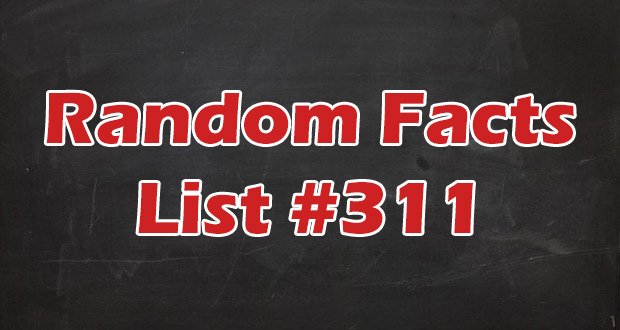 1. When a Long Island woman accidentally threw away an envelope with $5000 cash intended for her mortgage, sanitation workers sifted through tons of trash until they found it. They refused to accept a reward. – Source

2. Florida investigators recreated a home fire to prove that a man had committed arson. Instead, they found that accidental fires could produce burn patterns that looked exactly like gasoline fires and that signs of arson that investigators had been relying on for years were unfounded. – Source

3. A Romanian-born Israeli and American scientist, engineer, professor, teacher, and a Holocaust survivor, Liviu Librescu, held the door of his classroom during the Virginia Tech shootings sacrificing his life while the gunman continuously shot through the door saving 22 of his 23 students. – Source

4. Due to the Taliban dynamiting two famous 4th-century giant statues of Buddha for their status as idols, excavators of the site discovered a cave network filled with 5th-9th-century artwork and another, previously unknown giant statue of Buddha within. – Source

5. Little Caesars and Detroit Tigers owner Mike Ilitch quietly paid Rosa Park’s rent for more than a decade, after she was robbed in her home and forced to move to a safer, but more expensive part of Detroit. – Source

6. The inventor of automatic telephone switching was an undertaker named Almon Strowger who created it because the wife of his competitor was the town operator who directed any calls for an undertaker to her husband rather than Strowger. – Source

7. After his presidency, Harry Truman refused to join any corporate boards or do commercial endorsements, feeling that using the presidency for financial gain would diminish the integrity of the office. Congress eventually passed the Former Presidents Act to pay him a pension. – Source

9. A janitor invented Flamin’ Hot Cheetos and he is now an Executive Vice President. – Source

10. An Italian schoolboy who was selling snacks on campus at a lower price than the cafeteria was suspended for 10 days. He also received a prestigious scholarship from an institute that said the boy’s initiative should be “encouraged, not persecuted”. – Source

11. After four years of eating Cap’n Crunch with Crunchberries, a woman sued the distributor of Cap’n Crunch because she discovered that she was eating brightly-colored cereal balls and that “Crunchberries” aren’t a real fruit like she had thought. – Source

12. Magenta does not have a physical wavelength associated with it and thus doesn’t “exist”. It is a biological artifact. Our brains are telling us we are seeing “not green”. – Source

13. We have reached “peak child” some years ago. The number of children in the world is not increasing anymore and global fertility is trending downwards. – Source

15. There is the existence of truckers against trafficking a group of volunteer truckers who work together and train others to spot human traffickers. – Source

February 22, 2017
Latest Posts
Subscribe to Blog via Email
Did you know?
Loading...
Facts of the Day
Registration is disabled.