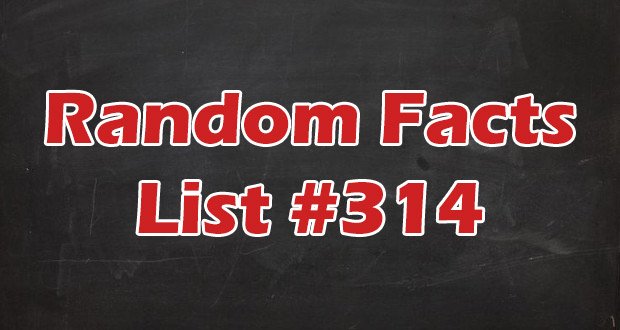 1. FDR founded an organization to find a cure for polio and believed that if everyone gave only a dime, polio would be eradicated. Because of this motto, after his death in 1945, FDR’s face was put on the dime, and his organization was renamed “The March of Dimes.” – Source

2. When Beethoven was challenged to an improvisation duel by one of his rivals named Steibelt, Beethoven took a piece of Steibelt’s music, turned it upside down, played it, then improvised on that theme for over an hour. Steibelt simply left halfway through. – Source

3. A nurse wanted to know if her farts were contaminating equipment in the lab. The doctor and a microbiologist tested the hypothesis by having a colleague fart clothed then naked onto two Petri dishes. The conclusion was that clothing acts as a filter, but naked farts can cause contamination. – Source

5. Max Yasgur was the man who hosted Woodstock on his dairy farm. He got threats from his neighbors, but said: “if the generation gap is to be closed, we older people have to do more than we have done.” He also got angry when people were trying to sell water and provided it free of charge. – Source

6. Judy was a purebred English pointer who would often jump in to protect prisoners from beatings in a POW camp during WW2. A British Naval pilot bargained to have her officially considered a POW so the guards could not kill her. – Source

7. Rationing in the United Kingdom during WWII actually increased life expectancy in the country and decreased infant mortality. This was because all people were required to consume a varied diet. – Source

8. Stanley Kubrick asked journalists to refer to “2001: A Space Odyssey” as “two thousand and one” instead of “twenty-oh-one” hoping it would influence the pronunciation of that year. – Source

9. Wild salmon flesh is red because of pigments in the krill they eat. It is the same pigment that turns lobsters and flamingos red/pink. If this is not supplemented in farmed salmon, their flesh will be the normal gray of other fish. This is why farmed salmon says, “color added”. – Source

10. Jamie Hyneman designed Blendo, a combat robot that was deemed too hazardous for Robot Wars after repeatedly throwing pieces of its opponents over arena walls. It received co-championship status in exchange for withdrawing from the competition. – Source

11. Even under a worst-case scenario, no Rubik’s Cube is farther than 20 moves from being solved. – Source

12. The reason Sir Christopher Lee does not speak in the 1966 film *Dracula: Prince of Darkness* is because he thought the lines for Dracula were so appalling that he refused to say them. – Source

13. The Spice Girls ran away from the people who put the group together before signing a contract and stole the master recordings of their songs which they demoed around to get a new manager. – Source

14. The most decorated American unit in WWII was the 442nd, an almost exclusively Japanese-American infantry regiment. – Source

15. In Japan, houses are considered depreciating assets. Half of all homes are destroyed by the time they are 38 and rebuilt. There are 4 times as many architects and twice as many construction workers per capita as the US. There is no home equity LOC and virtually no home improvement industry. – Source

March 15, 2017
Latest Posts
Subscribe to Blog via Email
Did you know?
Loading...
Facts of the Day
Registration is disabled.