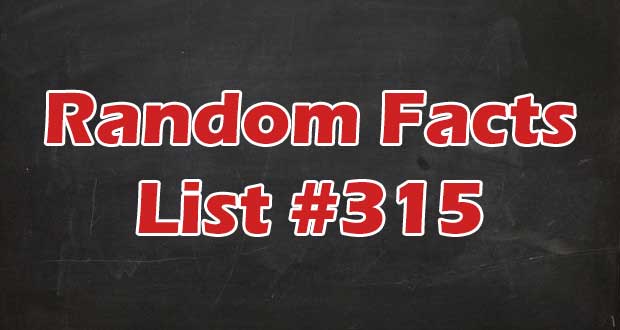 16. The attack on Pearl Harbor was detected by radar in advance, but the readings were misinterpreted. – Source

17. In 1994 a Russian pilot let his 15 yo son and 12 yo daughter try to fly an aircraft. The kids unknowingly disabled the autopilot: the plane crashed into a hillside in Siberia killing all 63 passengers and 12 crew members. – Source

18. In 2005 A Texas man created an internet controlled remote firearm with webcam mount for people wanting to hunt game online. It was quickly shut down by the Government of Texas. – Source

19. Douglas Adams got the idea for The Hitchhiker’s Guide to the Galaxy when he was drunkenly stargazing in a field with a copy of “Hitch-hiker’s Guide to Europe” in his hands. – Source

20. During the 1994 San Marino GP, Austrian driver Roland Ratzenberger lost his life after a crash. On the very next day, world champion Ayrton Senna died on the same track. Among the wreckage of Senna’s car was an Austrian flag which he intended to raise after the race to honor Ratzenberger. – Source

21. Bill Gates once released mosquitos during a Ted Talk, stating that “poor people shouldn’t be the only ones to have this experience.” – Source

22. In 1989 the Supreme Court ruled that executing the “mentally retarded” was constitutional with a 5-4 vote; it wasn’t until 2002 that the ruling was overturned. – Source

23. Music label “Fat Wreck Chords” has never been a member of the RIAA. The label fought for three years to have their name removed from the list of RIAA members, only to have it re-added. They are battling again to have it removed. – Source

24. The Minnesotan public school teachers who created The Oregon Trail never made a cent off the game. – Source

25. Jeff on The Fresh Prince of Bel Air always wore the same outfit every time he would be thrown out of the front of the Banks’ house. This was so they could film the scene once and not risk Jeff getting hurt. – Sourcef

March 22, 2017
Latest Posts
Subscribe to Blog via Email
Did you know?
Loading...
Facts of the Day
Registration is disabled.