2. Stan Lee’s eyesight has deteriorated to the point where he can no longer read comic books. – Source

4. After a bank teller refused to validate John Barrier’s 50 cent parking because he was dressed poorly, he withdrew his million dollars from his account and took it to the bank across the street. – Source

5. A Cleveland woman was ordered by a judge to stand on a corner during rush hour on two days holding a sign that read “Only an idiot would drive on the sidewalk to avoid a school bus”, after notoriously disregarding the law and laughing at the charges. – Source 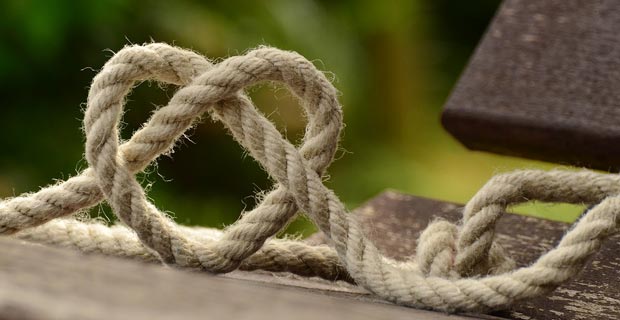 6. According to psychologist Arthur Aron, there are 36 questions that could lead to love. Each question is more probing than the previous one and leads to a mutual vulnerability that fosters closeness. The final exercise is to stare into each other’s eyes for 4 minutes. – Source

7. At one of Tokyo’s busiest train stations, a rail line was converted from an above-ground line into a subway. There were zero service interruptions. The lowering of the rail line’s tracks into its subway position was done in one night, during its normal service off hours lasting ~4 hours. – Source

8. Two brothers once sold a fake Goya painting for €1.5 million, only to later find out that all the money was counterfeit. – Source

9. Scientology leader David Miscavige’s mother-in-law was found dead with three gunshot wounds to the chest and one to the head. Her death was ruled a suicide. – Source

10. Hazel Ying-Lee, the first Chinese-American woman to fly for the US military during WWII, once had to make an emergency landing in a field in Kansas. A nearby farmer chased Hazel around her plane with a pitchfork, screaming to his neighbors that the Japanese were invading. – Source

11. Desi Arnaz and Lucille Ball avoided using ethnic jokes, as well as humour based on physical handicaps or mental disabilities during the run of “I Love Lucy” due to a belief in “basic good taste”. – Source

12. A German explorer/soldier became famous for evading capture by British forces in New Guinea during WWI. Hermann Detzner’s book ‘Four Years Among the Cannibals’ detailed his exploits and remarkable scientific discoveries. He made everything up, and just hid in one place for four years. – Source

13. The head of the Nazi SA “brownshirt” paramilitary group was gay, appointed other gays to prominent Nazi SA positions & was so close to Hitler, he was the only person who called him by nicknames like “Adi” instead of “Mein fuhrer”. – Source

14. Owen the hippo got washed away from it’s mother. It then bonded with a giant 130 year old tortoise instead. – Source

15. The reason people in Florida are always in the news is because their Police records are public. – Source