2. All the roles in ‘Alien’ were written as unisex, able to be portrayed as male or female. Ripley only became a woman when Weaver was cast. – Source

3. The movie Crocodile Dundee’s character was loosely based on a man called Rod Ansell, who was lost in the outback for 56 days, sued Paul Hogan for not profiting from the film, lost his property, started growing weed, got hooked on meth and ended up dying in a drug-fuelled police shootout. – Source

4. Cunningham’s Law states: “The best way to get the right answer on the Internet is not to ask a question, it’s to post the wrong answer.” – Source

5. There was only one plane allowed to take off after flights were grounded on September 11, 2001. It was a plane carrying antivenin to a man bitten by a highly venomous snake. – Source 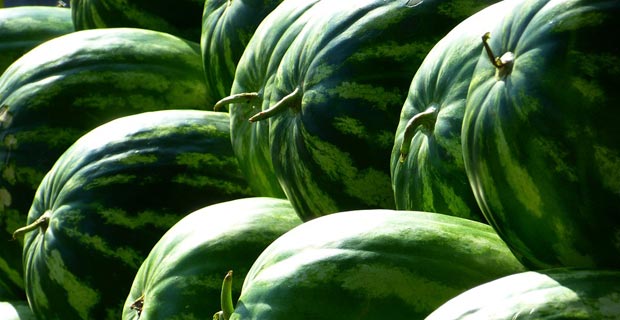 6. Oklahoma declared watermelon a vegetable and made it their official state vegetable. – Source

7. Gordon Ramsay set up a business inside a London prison which allows prisoners to bake goods which are sold on the outside, providing the prison with financial support and giving the prisoners the culinary skills and work experience they need in order to get honest work after their sentence. – Source

9. The “Golden Age Fallacy” (believing the past is better than the present) has been a popular myth that goes back as far as Ancient Greece and Prehistoric Times. – Source

10. In 2009 Billy Joel’s daughter tried to commit suicide by taking a bunch of homeopathic pills. She survived. – Source

11.  The number one most played song on U.S. radio of the 2000s decade was “How You Remind Me” by Nickelback. It was played on the radio over 1.2 million times. – Source

12. A re-creation of the famous War of the Worlds broadcast performed in Ecuador caused such a panic, that police and fire brigades rushed out of town to fight the supposed alien. After the people found out it was fake, they burned down the radio station, killing 6 people. – Source

13. Catnip is 10 times more effective at repelling mosquitoes than Deet, the compound used in most insect repellents. – Source

14. A four-year-old boy named Bobby Dunbar went missing on a family trip, 8 months later he was found and reunited with his family. Nearly 100 years later, DNA proved that the child reunited with the Dunbar family was not Bobby but rather a boy named Charles Anderson. – Source

15. In 1970 John Lennon paid all of the fines for 96 people who had been arrested for protesting against the apartheid South Africa rugby team playing in Britain. – Source