2. The Guardians of the Galaxy soundtrack album reached number one on the US Billboard 200 chart, becoming the first soundtrack album in history consisting entirely of previously released songs to top the chart. – Source

3. Cheetahs cannot roar but instead meow like house cats. – Source

4. Germans celebrate Father’s day by having “oddly dressed men pulling wagons filled with beer into parks and drinking until they pass out.” – Source

5. After the death of Steve Irwin, in what was speculated to be a series of revenge killings, at least ten stingrays were found dead and mutilated on the coast of Queensland. – Source

6. Special care was taken while restoring Shakespeare’s grave to ensure that his bones remained untouched as the epitaph on his tombstone reads: “Good friend, for Jesus’ sake forbear, to dig the dust enclosed here. Blessed be the man that spares these stones, and cursed be he that moves my bones.” – Source

7. The Vatican had music which was forbidden to be copied and was only played twice per year. The piece was kept secret for almost 150 years until a 14 year old Mozart listened to it and transcribed it from memory. – Source

8. When an Indian law required bars to be at least 500m from certain roads, one bar built a maze in front of its entrance to triple the walking distance from the door to the street. Regulators accepted this solution. – Source

9. Due to a Copyright error that was just discovered in 2015, the Happy Birthday song had been falsely copyrighted for 80 years. – Source

10. The oldest animal ever was a 507 year old mollusc called Ming. It died because the British researchers who found it didn’t realize how old it was, so they froze it for research purposes. – Source 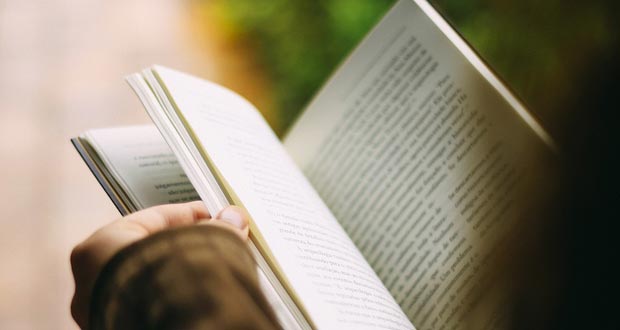 11. Brazil will offer inmates in its crowded prison system a novel way to shorten their sentences cutting four days for every book they read. – Source

13. A goat called Sergeant Bill became a Canadian war hero during WWI when he head-butted three soldiers into a trench to avoid an exploding shell. – Source

14. In 1985 a man drowned at a pool party full of lifeguards that were celebrating that no one had drowned that season. – Source

15. When the Pentagon called one the original Five Guys Burgers and Fries restaurants requesting delivery service, one of the founders (Jerry Murrell) declined to bend the rules for their request and instead ordered a 22-foot-long banner that said ‘ABSOLUTELY NO DELIVERY.’ – Source