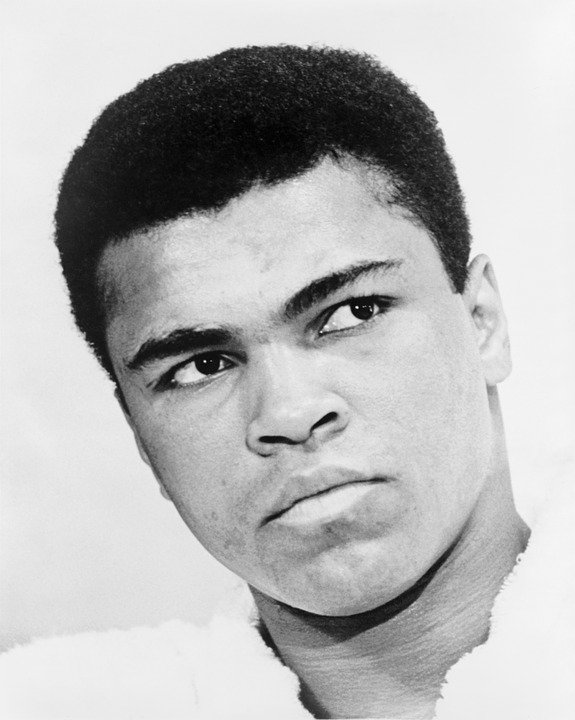 1. Muhammad Ali once spoke at a KKK rally where he stated that Nation of Islam, and he himself, also shared their ideas on racial segregation. – Source

2. While in middle school, Bill Gates and Paul Allen had their computer privileges revoked for taking advantage of software glitches to obtain free computer time from the company that provided the computers. They were allowed back in the computer lab when they offered to debug the program. – Source

3. There’s a town in the Oklahoma panhandle named “Hooker” and its slogan is “it’s a location, not a vocation”. – Source

4. Bruce Willis was forced to sign a three picture deal with Disney after he pulled out of ‘The Broadway Brawler’, a romantic comedy about a hockey player. The three movies he made were ‘Armageddon’, ‘The Sixth Sense’, and ‘The Kid.’ The movies combined to gross an estimated 1.3 billion worldwide. – Source

5. One developer of the smash arcade hit NBA JAM deliberately coded the game in a way that if you were playing as the Bulls against his Pistons, your shooting percentage would be completely awry, especially near the end of a close game. – Source

6. Edith Head won 8 Oscars for best costume design and was the inspiration for Edna Mode in The Incredibles. – Source

7. Mexico has succeeded in eliminating trachoma, a disease which is the leading cause of blindness worldwide. – Source

8. The USSR sent so many scientists and engineers to the gulag prisons that the government set up labs for them. While workers in the ‘Sharashka’ facilities did not have to perform hard labor like other inmates, their work was published under the names of more famous Soviet scientists. – Source

10. A Mason in 1700’s Jerusalem left his wooden ladder behind after doing some work on a church and now it can’t beMasond without the agreement and permission of six different Christian leaders. – Source

11.  In 2008, Bebo the popular social network was bought from its creators by AOL for $850 million dollars. It was then run into the ground and after 5 years the site filed for bankruptcy and was sold back to the original creators for $1 million dollars. – Source

12. Before the heart/lung machine was invented, a doctor oxygenated his patient’s blood by routing it through another person. Parents often served this purpose while their children had heart surgery. – Source

13. George Lucas came back from shooting Star Wars in England to find Industrial Light & Magic only had 3 of the 365 shots completed yet had spent half of their $2 million. He was hospitalized for hypertension and vowed to never direct another film. – Source

14. Soviet scientists have been genetically breeding a species of fox since the 1950’s and have created the only known tame species of fox in the world in just over 50 years. – Source

15. The strength of ancient Chinese buildings including the great wall of China is due to sticky rice that was used for their construction. – Source