1. A man survived the sinking of a ship in 1871, leaving him traumatized afterward. Some forty years later he was finally able to overcome his fears and sail again only to die on the Titanic. – Source

2. The man that (probably) holds the record for the most burglaries committed was a hermit that lived in the Maine woods and avoided human contact for almost 30 years. – Source

4. Ben & Jerry’s was originally going to be a bagel company, but Ben and Jerry found the bagel-making equipment to be too pricey. Their plan was to deliver bagels, lox, cream cheese, and the New York Times on Sunday mornings. – Source

5. In 1963, a 16-year-old sent a four-question survey to 150 well-known authors (75 of which replied) in order to prove to his English teacher that writers don’t intentionally add symbolic content to their books. – Source 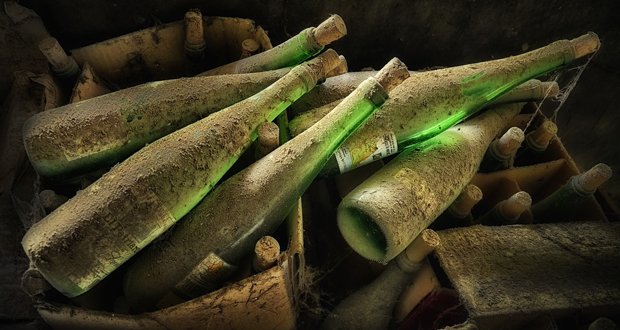 6. To test if an old bottle of wine is genuine it is tested for cesium 137. If there is none present, the bottle predates 1945 and the nuclear age. – Source

8. Infertility specialists in Israel have encountered Orthodox Jewish couples seeking treatment after years of trying to conceive. The women were determined to still be virgins after their rabbis advised them during marriage counseling to “sleep together” with no further instructions. – Source

9. In the TV series Colombo, the title character never revealed his first name. Many sources list it as Philip however that is wrong and stems from a fictitious entry in a trivia book, designed as a copyright trap. – Source

10. Lawn Gnomes used to actually be real people that the English employed to live in their gardens. The so called Ornamental Hermit. – Source

11. Early Romans thought that trousers were ‘effeminate’ -they much preferred their manlier tunics. – Source

12. A biker got a flat tire in the motorway, a man in a van stopped to help him and decided to carry the bike in the van. Minutes after departing the man suffered a stroke while driving, the biker then performed CPR following 112 instructions whilst waiting for the ambulance and saved the man’s life. – Source

13. A group of women navigated canvas and plywood planes at night to drop 23,000 tons of bombs over invading German armies in WWII. Their stealthy swooshing sounds led them to be known as the Night Witches. – Source

14. Ants make up 15% of all terrestrial animal biomass, and there are 10 thousand trillion ants on the planet. – Source

15. A six-second-long drum break from the late sixties has become the most used sample of music to date, as it helped form the basis for both hip hop and drum and bass music. – Source