1. In 2007, a nine-year-old Jack Russell Terrier named George sacrificed himself to save five children from an attack by two Pit Bulls. All three dogs had to be euthanized, but George was posthumously awarded a PDSA Gold Medal and his heroism was commemorated with a bronze statue. – Source

2.In Japan, avid golfers buy insurance to protect themselves on the course. They purchase it because if they get a hole-in-one, they have to buy gifts and drinks for their friends. The policy covers them for a party worth up to $4,900. – Source

3. Kit Harrington arrived at his Game of Thrones audition with a black eye after getting into a fight at McDonald’s the night before. – Source

4. There is little evidence that Kim Jong-il and the North Korean media ever claimed that he made any kind of improbable golf score. Even North Korean officials say it is an urban myth. – Source

5. Steve Leech, a milkman was doing his rounds, when he saw a shop on fire. He used 320 pints of milk to put it out and was credited with saving 7 other stores. He received the award for “Hero Milkman of the Millennium.” – Source 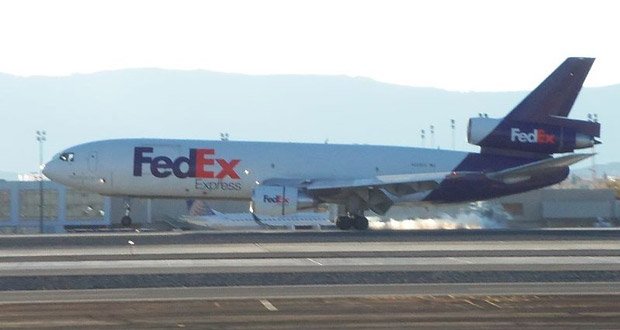 6. A FedEx pilot inverted a cargo jet pinning a hijacker to the ceiling of the plane, performing maneuvers beyond all known capabilities to land safely. – Source

7. An explorer once found a compound, calanolide A, in certain trees in the Malaysian rainforest. Researchers found out that it has anti-HIV properties, but they couldn’t find another sample for nine years as almost all the tree of that species had been cut down for firewood and building material. – Source

8. While filming the movie Buried, Ryan Reynolds’ acting was so good that on several occasions, the crew thought he was really in distress and losing consciousness so they rushed to remove the lid of the coffin to help him. – Source

9. Swansea Jack was a black retriever that lived in Newfoundland, Canada in the 1930’s. The dog was credited with rescuing an estimated 27 people from drowning during his seven-year lifetime. He was named ‘Dog of the Century’ in 2000. – Source

10. The most sophisticated bomb ever encountered by the FBI destroyed Harvey’s Wagon Wheel casino in Lake Tahoe in 1980. The device included 28 toggle switches, a float switch, tilt sensor, sensors and spring switches casing screws and joints, and a few surprises. – Source

11. The death toll of the Halifax explosion would have been significantly higher if not for a lone railway dispatcher. The railyard had evacuated after being warned of the impending explosion, but one man ran back to telegraph halt orders to all inbound trains for Halifax, saving hundreds of lives. – Source

12. A Black Sabbath tribute band dresses up in McDonald’s character costumes and sing Black Sabbath songs with the lyrics changed to sing about food. They are called “Mac Sabbath”. – Source

13. Mangrove trees live in salt water, filter out 99% of salt through their roots, and are literally desalination plants. – Source

14. Elvis once handed Alice Cooper one of his guns and asked him to point it at him to show off his karate skills. Cooper later said that he genuinely wanted to pull the trigger to do something legendary with his life, but Elvis knocked the gun out of his hand and pinned him before he could fire. – Source

15. Tanya Savicheva was a young girl trapped in the Seige of Leningrad. She kept a diary of the names of each family member that died, ending with a final entry for herself: “The Savichevas are dead Everyone is dead Only Tanya is left.” – Source