1. When a whale dies in colder waters, its body sinks to the ocean floor creating a complex localized ecosystem for years called a whale fall. – Source

2. A Chinese father hired a ‘hitman’ to kill his son’s character in online games so that he would stop playing games and get himself a job. – Source

3.  In 1958 two pilots flew an aircraft for more than two months without landing, refueling by matching speed with a truck driving down a road. Their record has not been broken. – Source

4. The Aztecs followed Spaniards around with incense burners when they came to the Americas. The Spaniards believed this to be a divine honor, however it was actually a necessity due to the wide gap in hygiene between the two peoples. The Aztec found their stench unbearable. – Source

5. Sabrina Pasterski built a single engine airplane by the time she was 14 y/o, at 16 became the youngest person ever to fly their own plane; graduated MIT in 3 years with a 5.0 GPA and is now 24 at Harvard getting a Ph.D. in high energy physics. – Source

6. In 1981, a 27-year-old James Cameron was working as a director on Pirhana II, when he was fired for failing to get a close-up of the lead actress. He then got food poisoning and during his illness had a nightmare about a robot sent from the future to kill him, the idea for The Terminator. – Source

7. The Eiffel Tower still exists today because of Choltitz, a German infantry general who refused direct orders from Hitler to destroy it. – Source

8. Musician and peace advocate John Lennon often beat his girlfriends and wives, almost killed a man for calling him gay, was emotionally abusive towards his son, and mocked disabled people. – Source

9. There are enough diamonds in existence to give everyone on the planet a cupful. – Source

10.  The original Obi-Wan Kenobi cloak, worn by Alec Guinness in A New Hope, was misplaced after filming and discovered 30 years later in at a costume shop in London having been rented out for fancy dress parties. – Source 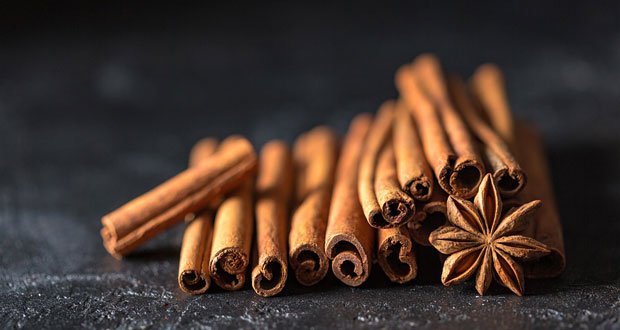 11. In order to charge more for cinnamon Arab traders claimed that the sticks were used by deadly birds to build their nest. The only way to get it was to trick the bird into trying to fill its nest with heavy pieces of meat. The nest would fall and the cinnamon would be taken before the birds attacked. – Source

13. When Barry Allen “died” in the DC Comics, Marvel introduced an amnesiac speedster with blonde hair and red suit who can’t remember his name but knows it sounds like “Buried Alien”. He was named the “fastest man alive” in his first appearance. – Source

14. Breast milk saved 16 people lost at sea. 2 days after their food ran out a woman told her sister to try her milk. She felt better and offered it to everyone else. The 8 men and 7 women took turns sucking her breasts and were able to survive for 7 more days until currents pushed the boat to shore. – Source

15. After a ticker-tape parade to celebrate his Olympic medals, Jesse Owens was not permitted to enter through the main doors of the Waldorf Astoria and instead forced to travel up to the event in a freight elevator to reach the reception honoring him. – Source