16. Steel forged prior to the 1945 atom bomb explosions is highly sought-after because all steel forged after is ‘contaminated’ with Cobalt-60. – Source

17. There is a severe shortage of ‘spitter apples’ which are preferred for making ciders because during prohibition the FBI went around chopping down huge swaths of orchards, effectively erasing much of the nation’s stock of spitter apple trees that initially take 20-30 years to grow. – Source

19. Allen Klein, Rolling Stones manager and owner of the song “Dead Flowers,” which plays at the end of “The Big Lebowski,” initially wanted $150,000 for it. He was then convinced to let them use it for free when he saw the scene in which The Dude says, “I hate the f*ckin’ Eagles, man!” – Source

20. In 1504, Christopher Columbus scared the natives of Jamaica to continue to provide him and his hungry men by successfully predicting a total lunar eclipse. When the moon turned red, showing his God was ‘inflamed with wrath”, the frightened community quickly agreed to his request. – Source 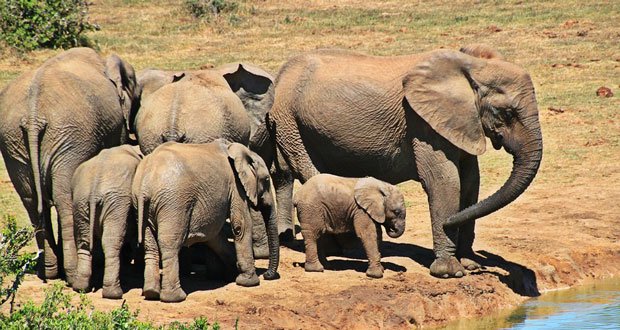 21. The phajaan process is used to train elephants for tourism. They’re routinely beaten with whips, sticks, and hooks, kept in crampt cages with feet tied together and pierced with a long bullhook to remove any sense of wild in them. – Source

22. Older U.S.A. presidential limousines are at the Henry Ford Museum, but after Sept. 11, 2001, the Secret Service adopted a policy to destroy the limos after they are taken out of service in order to protect their security secrets. – Source

23. According to top addiction experts, “Giving your child a smartphone is like giving them a gram of cocaine“. – Source

24. Praying mantises only have one ear. They are the only species of animals known to have only one ear. – Source

25. Canada and USA share the longest border and most mutually beneficial international relationship in the world. – Source