1. During WW2, there was an Australian dog whose hearing was so acute that it could warn air force personnel of incoming Japanese planes 20 minutes before they came and before they showed up on the radar. He could also differentiate the sounds between allied and enemy planes. – Source

2. A woman was sentenced to life in prison for poisoning her child to death with antifreeze. She gave birth to a second child while in prison, who was given to foster care. But he became sick with the same symptoms, indicating a genetic metabolic disorder, not poisoning. She was later released. – Source

3. NBC rejected a scene of bodies being shown splayed open and hung from a ceiling on the show Hannibal because their butts were visible. Executive producer Bryan Fuller suggested, “What if we filled the butt cracks with blood so we couldn’t see the cracks?”. NBC accepted to then show the scene. – Source

4. 3 Scottish soldiers escaped capture from German soldiers when they spoke their native Gaelic to confuse them after their capture claiming they were Ukrainian. The German soldiers let them go. – Source

5. Agatha Christie’s novel “Elephants Can Remember” reveals distinct signs of Alzheimer’s onset, e.g., 20% fewer words or ⅕ of her vocabulary lost; 6 times more use of non-specific words such as “thing”, and a sharp drop in “idea density”. That novel’s last line is “Maybe it’s OK not to remember.”. – Source

6. An American lieutenant during World War II, realizing his position was being overrun by enemy troops, called in an artillery barrage on himself. When U.S. troops managed a counterattack later that day they found the lieutenant’s body along with those of about a hundred German soldiers. – Source

7. Buzz Aldrin’s mother (named Marion Moon) shot herself before his lunar flight because she didn’t know if she could cope with his impending fame. He then fell into depression and alcoholism after his flight. – Source

8.  During WWII a Japanese Kamikaze hit the USS Missouri and his body landed on deck. Though an unpopular decision, the Captain demanded a proper burial for the Japanese soldier. He explained to his crew that: after death, he is no longer your enemy, and the crew hand stitched a Japanese flag. – Source

10. Lawrence McKinney got $75 after being wrongly imprisoned for 31 years. The Tennessee Board of Parole denied McKinney’s request to exonerate him by a 7-0 vote at a hearing. A formal exoneration could open a pathway to $1 million in compensation. – Source 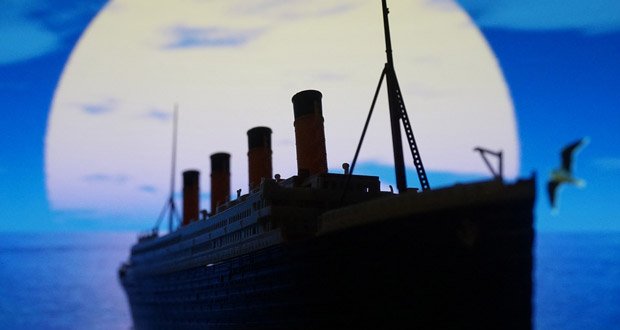 11.  The story that the Titanic engineers remained inside the ship until the end to keep the electricity running didn’t actually happen. – Source

12. In 2008 a man at a ski resort in Italy stole a rubber padding used on a barrier to stop people at the bottom of a sledding hill. He used the padding to sled down the hill, hitting the barrier that he stole the padding from and died. – Source

14. On a trip to China, Prince Philip joked to students that “if you stay here much longer, you’ll go slit-eyed”. After initial concerns of offense, it was revealed that Chinese authorities were unconcerned. They explained that traveling Chinese students were likewise warned not to go “round-eyed”. – Source

15. In 2006 a Washington woman filed for public assistance and was taken to court because 4 different maternity tests claimed she was not the true mother of her children. Turns out she had absorbed her twin in the womb and her reproductive organs have different DNA than the rest of her body. – Source