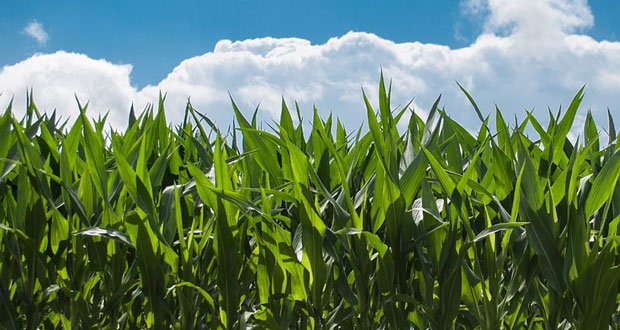 1. In Interstellar, they actually planted hundreds of acres of corn just for the sake of the movie and it ultimately cost nothing because they made all of the money back when they sold the crop. – Source

2. While working on “Malcolm In The Middle,” Bryan Cranston joined a song writers guild so that he got paid royalties for the tunes he hummed and whistled on the show. He threw parties for the cast and crew with the royalty cheques and as a result, the crew encouraged more humming. – Source

5. An Air Canada flight was asked by Australian authorities to investigate an emergency beacon. The plane, with 270 people, flew at 4000 feet as crew and passengers used binoculars to locate a stranded sailor, who was later rescued by police. The flight landed safely in Sydney, 90 minutes delayed. – Source

7. Bill Murray said Kung Fu Hustle: “There should have been a day of mourning for American comedy the day that movie came out,” because it was the “supreme achievement” of modern comedy. – Source

8. Arkansas is the only state where rentals don’t have a warranty of habitability. So, landlords can knowingly rent dangerous or otherwise uninhabitable properties with no recourse for the renter. – Source

9. In 2002 a fake sequel to Harry Potter appeared in China with the title “Harry Potter and Bao Zuolong.” The book consists of the text of JRR Tolkien’s The Hobbit with names changed to those of Harry Potter characters. – Source

10. When Three Six Mafia beat out Dolly Parton to win the 2006 Academy Award for Best Original Song, Dolly was thrilled, and personally sent a congratulatory letter, “We’re proud of you guys, and I’m just glad that the Oscar came back to Tennessee one way or another!” – Source

11. Nikola Tesla was able to do integral calculus in his head, leading his teachers to believe he was cheating. – Source

12. An officially recommended solution to a common problem with the Apple 3 was to “lift the computer two inches and drop it”. – Source

13. Katie Holmes’ father negotiated a prenuptial agreement for her that reportedly filled five bankers’ boxes. Because of it, when Katie Holmes made her bombshell announcement that she was divorcing Tom Cruise, the case was able to be resolved in a mere 11 days. – Source

14. The Simpsons character “Edna Krabappel” was retired after Emmy Award-winning voice actress Marcia Wallace died in 2013. To acknowledge her death, the chalkboard in the opening sequence was changed to read a single “We’ll really miss you Mrs. K.” – Source

15. Until 40 years ago scientists believed all life and food chains ultimately depended on the sun for energy. The discovery of deep sea vents with whole ecosystems driven solely by chemical energy changed this view. Now it’s thought that life may have actually originated from such systems. – Source

39 Interesting Facts About Education and Literacy