1. When Daft Punk recorded an interview with Giorgio Moroder ( the godfather of electronic music) for their song “Giorgio by Moroder”, they used microphones from the 60s to 00s, so when he spoke of a period in his life, it would be recorded with a microphone that existed within the same timeframe. – Source

2. When the creation of the ‘Cheers’ spinoff, ‘Frasier’ was announced, Cheers cast-member Kirstie Alley called producer David Lee to tell him she wouldn’t make any appearances on the show, because she was a Scientologist and didn’t believe in psychiatry. He replied, “I don’t recall asking.” – Source

3. In 2008, high school football coach Kris Hogan got many of the fans of his team to cheer for and support the other team because the other team was from a maximum-security juvenile correctional facility and did not have fans of their own. – Source

4. When AC/DC was accused of backmasking Satanic messages in “Highway To Hell”, guitarist Angus Young said “you didn’t need to play [the album] backward, because we never hid [the messages]. We’d call an album Highway To Hell, there it was right in front of them.” – Source

5. “The Sopranos” was so accurate that on Monday morning when the FBI listened to their wiretaps the real mob would be discussing the show and thought they had somebody on the inside. They couldn’t believe how accurate the show was. – Source 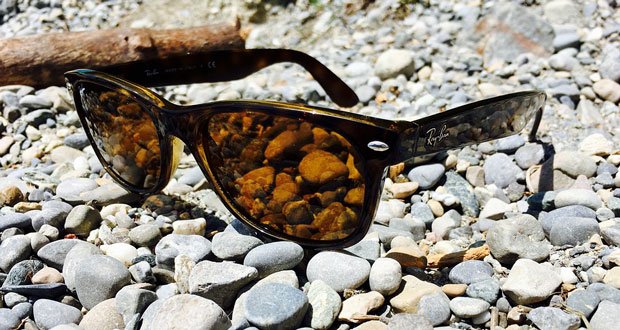 6. Oakley had a pricing dispute with conglomerate Luxottica who responded by dropping the brand in all their stores, causing Oakley’s stock to drop. Luxottica then bought out the company. They own Sunglasses Hut, LensCrafters, PearleVision, Target Optical, and several licenses such as Ray-Ban. – Source

7. Billionaire Howard Hughes bought a casino for the sole purpose of moving its trademark neon silver slipper. Visible from Hughes’ bedroom, it had apparently kept him awake at night. – Source

8. John Leray was a French Mathematician who concealed his proficiency with differential equations to avoid working for the Nazis. While in a POW camp, he developed sheaves, sheaf cohomology, and spectral sequences which are important tools for modern Algebraic Geometry. – Source

9. The first recorded instance of a man “giving no f*cks” was George Tucker in 1790. Writing about his son’s bookish tendencies, his poem says “I’d not give a f*ck for all you’ve read”. – Source

11. Beyonce’s hit song “Run the World (Girls)” is a heavily sampled version of a song by 3 men, and was co-written by 2 other men. The only female writer or producer involved in the song was Beyonce herself. – Source

12. The Super Soaker inventor is a Tuskegee-trained NASA engineer who used the money earned from a toy to do research on solar power and batteries. – Source

13. In Raiders of the Lost Ark, they limited the onscreen blood from gunshots during the truck chase by using fine red dust instead of liquid fake blood. Unfortunately, the only red dust available for the squibs was Cayenne Pepper, which caused a lot of suffering for the stunt crew. – Source

14. “This Is Us” star Chrissy Metz is contractually obligated to lose weight as her character’s journey progresses throughout the show. She considers it a win-win. – Source

15. There was a man who man rushed the stage and tried to take the microphone at a ‘The Who’ concert in 1969. Roger Daltrey punched him in the face, and Pete Townshend kicked him in the crotch. The man was actually a plain-clothes policeman trying to warn of a large fire next door. Townshend was later arrested. – Source