16. Stagehands mistakenly installed a malfunctioning piano for an hour-long solo Jazz performance. The musician, Keith Jarrett, had to improvise around the instrument’s limitations. A recording of this concert went on to become the best selling piano album of all time. – Source

17. The enzyme bromelain in pineapples literally digest the tissues in your mouth, hence the sore mouth feeling when you eat pineapples. – Source

18. The Harpy Eagle parents prey on harder to catch food further away from the nest so that when the child eagle finally begins to hunt on its own, an abundant amount of easy to catch prey (sloths and monkeys) are available close to the nest. – Source

19. There’s a missing link in the European bison lineage that scientists call the “Higgs Bison.” – Source

20. In Indiana Jones and the last crusade, Most of the uniforms, worn by the Nazis in the Berlin book burning scene, are authentic World War II uniforms, and not costumes. A cache of old uniforms was found in Germany and obtained by Costume Designer Anthony Powell to be used in the film. – Source 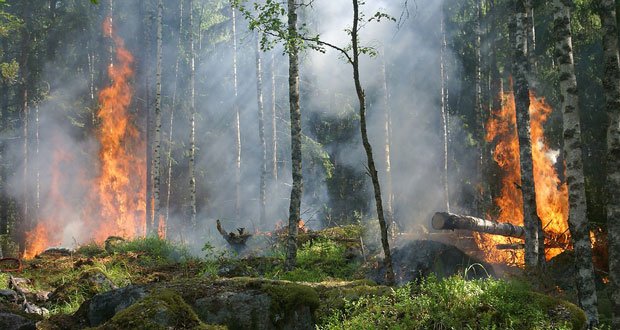 21. Earth is the only known planet where fire can burn. No other planet has enough oxygen. – Source

22. In France, Postmen will soon also have the job of checking on elderly citizens who live alone. – Source

23. John Favreau credits Dungeons & Dragons with giving him a really strong background in imagination, storytelling, understanding how to create tone and a sense of balance. – Source

24. Joan of Arc asked King Charles VII to exempt her village from taxes “forever.” This was upheld for over 300 years until the French Revolution happened and the promise was forgotten. – Source

25. There is a woman who is literally fearless due to a rare genetic condition known as Urbach-Wiethe disease that hardened her amygdala, part of the brain responsible for fear response. Researchers exposed her to potentially terrifying experiences and none of them scared her. – Source