1. Harvard’s first black faculty member was a dentist. Dr. George Franklin Grant joined the Dept of mechanical dentistry in 1871. Also an inventor, he patented the wooden golf tee. Previously, golfers carried around buckets of sand, placing their balls on little piles as they went. – Source

2. Timothy Leary was able to get out of prison after he filled in a psych test which put him as low-risk which he himself designed. – Source

4. In 1835, Richard Lawrence attempted to assassinate President Andrew Jackson at a funeral using two pistols shot point blank. When both misfired, the President severely beat him with his cane, after which he was wrestled into submission by Davy Crockett. – Source

5. Belgium has a Time Credit System that entitles employees to take a one-year secured absence to prevent burn-out and provide an opportunity to pursue other things in life. – Source

6. The Catholic Church specifically taught that indulgences do not affect whether or not a person goes to heaven. However, greedy “pardoners” lied about this and promised things like eternal salvation in return for money to increase donations. This led to Martin Luther’s 95 Theses. – Source

7. Porphyria is a collection of diseases where symptoms include severe sun sensitivity, prominent canine teeth, and peculiar behavior, is thought to be the basis of the vampire legend. – Source

8. It only takes 13 people to run the Spam factory. – Source

9. FDA has banned the use of microplastic in rinse-off cosmetics. – Source

10. Louis XIV’s minister of finance had the huge Forest of Troncais created in 1670 to provide the future French Navy with a supply of oak masts. When the forest reached maturity 250 years later, the navy was busy switching to steamships. – Source 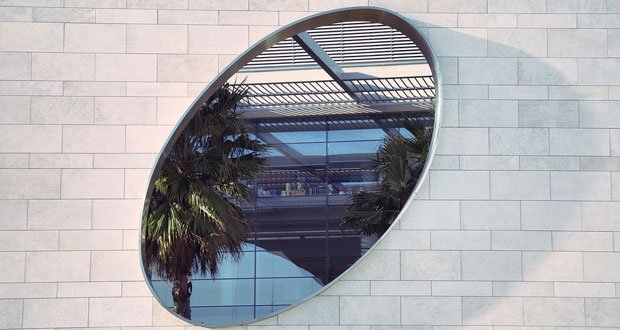 11. The color of a mirror is actually green because a mirror reflects a little more green light than any other color. – Source

12. The Government Pension Fund of Norway, the world’s largest sovereign wealth fund was established to invest the surplus revenues of the Norwegian petroleum sector. Today it has over 1 trillion USD in assets, including 1.3% of all global stocks and shares. – Source

13. Henry VIII had someone whose job it was to wipe his bottom for him. They were called ‘Grooms of the Stool’ and Henry VIII had 4 of them during his reign, all of whom were knighted. – Source

14. The Addams Family set was filled with light and bright colored walls and props. – Source

15. To get Japanese citizenship before 1945, Koreans had to submit information about ten generations of their family and ancestors (at least 2000 people). – Source