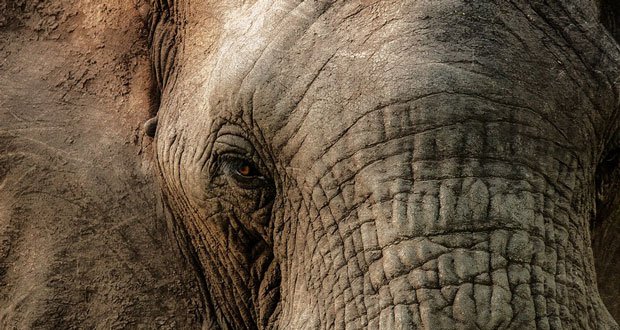 1. A researcher once played a recording of an elephant who had died. The sound was coming from a speaker hidden in a thicket. The family went wild calling, looking all around. The dead elephant’s daughter called for days afterward. The researchers never again did such a thing. – Source

2. When George Westinghouse fell into financial problems and asked Nikola Tesla for relief from the royalties Westinghouse agreed to, Tesla tore up the contract that would bring him millions. “I’m not interested in money, I’m interested in leaving something behind for the humankind”. – Source

3. Marcia Lucas, George Lucas’ then-wife, was the reason for major changes to the Original Star Wars film. Obi Wan’s death, Leia’s good Luck Kiss and re-editing the trench run to increase tension were all her ideas. She won the Academy Award for editing the film while George did not for directing. – Source

4. Ronnie O’Sullivan, considered one of the greatest snooker players of all time, once purposely missed a maximum score of 147 by one point because he didn’t think the £10,000 prize was high enough. – Source

5. Magdalena Solis, a Mexican prostitute was paid to imitate an Incan goddess as part of a scam. She then began to genuinely believe she was a goddess, took over the cult, and started sacrificing her followers. – Source

6. In 1651, when King Charles II was forced into exile by Oliver Cromwell, the king was aided in his escape to France by the Pendrill family. After the restoration of the crown in 1660, the king rewarded them, and a yearly pension is still paid to the descendants of the Pendrill family to this day. – Source

7. After its tourism sector boomed, Kazakhstan’s foreign minister thanked Sacha Baron Cohen in 2012 for the release of Borat after the country saw a 10x increase in issued visas. – Source

8. Carrie Fisher used gaffer’s tape to hold down her breasts because George Lucas ‘didn’t want her looking too aggressively feminine’. Carrie Fisher joked about it saying: ‘No breasts bounce in space, no jiggling in the Empire’. – Source

9. Gladiators in Ancient Rome used to carry product placements out in the arena. This was present in an early script for Gladiator (2000) but was removed out of fears that it would be viewed as anachronistic. – Source

10. A man from Spain skipped work for 6 years whilst still being paid before anyone noticed. – Source

11. Jack Black’s eponymous character in the 2006 comedy Nacho Libre is based on a real priest Sergio Gutiérrez Benítez, who wrestled with the ring name Fray Tormenta (Friar Storm) in order to support an orphanage he founded. – Source

12. During WWI, King Albert I of Belgium personally led the defense against the Germans, while the Queen served as a nurse, and their son enlisted in the infantry. – Source

13. Only 11% of Japanese people are willing to fight for their country, the lowest in the world. In both Morocco and Fiji, it is 94%. – Source

14. The Chinese use drones equipped with flame-throwers to fight trash stuck in power lines. – Source

15. John Cleese once defaced his school’s grounds as a prank, by painting footprints to suggest that the statue of Field Marshal Earl Haig had got down from his plinth and gone to the toilet. – Source