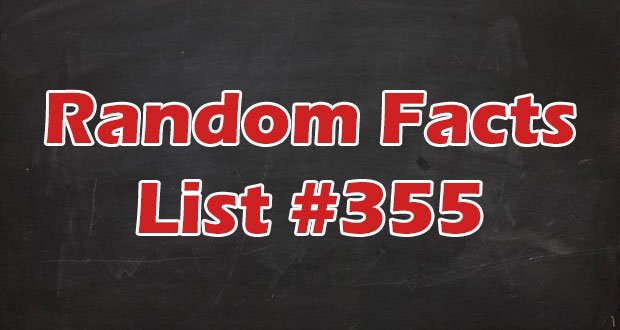 1. The Mythbusters once tested a combination of common materials that made an extremely powerful explosive. They deleted the tapes and swore to never release the information, then contacted DARPA and warned them about the possibility of misuse from the combination. – Source

2. Parts of Africa no longer want your clothing donations. The vast amount of these imports have devastated local clothing industries and led the region to rely far too heavily on the West. – Source

3. One of Saint Nicholas’ most famous gifts was giving a poor man enough money for each of his three daughters to have a proper dowry. This allowed the three girls to avoid a lifetime of prostitution to make ends meet. – Source

4. During a press conference in June 1943, Congressman Andrew May noted that Japanese depth charges detonated too soon to be effective. The Japanese changed depth charge tactics after the press releases, killing 800 U.S. submariners. – Source

5. Prior to his death, Roger Ebert enjoyed the film Abraham Lincoln: Vampire Hunter, calling it “without a doubt the best film we are ever likely to see on the subject”. – Source

6. America already had a transcontinental highway by 1913, The Lincoln Highway, that ran from Times Square to Lincoln Park in San Francisco. – Source

8. George Washington was actually a Redhead and that he did not wear a wig. Instead, he powdered his hair. – Source

9. Cindy Stowell had a lifelong dream to be a Jeopardy contestant. In 2016, she made the show and in spite of the fact that she had Stage 4 cancer during the filming, she became a six-time champion. She died shortly before her episodes aired and donated her $103K winnings to cancer organizations. – Source

10. “Five golden rings” may have originally referred to pheasants, rather than jewellery, so the sequence of birds is uninterrupted. – Source

11. The cans of Bernard Dehydrated Water that you see floating around the Internet, are indeed a real product. Bernard Food Industries created the product as a gag that store owners could display in stores to give customers a laugh. – Source

12. Fight Club, The Green Mile, American Beauty, The Sixth Sense, Magnolia, Toy Story 2, and Being John Malkovich were all playing in theatres on December 24, 1999. – Source

13. In June 2016 the Royal Canadian Mounted Police seized one kilogram of carfentanil shipped from China in a box labelled printer accessories. The shipment contained 50 million lethal doses of the drug, more than enough to wipe out the entire population of the country. – Source

15. Iran isn’t the name of a government entity. It’s simply how the Persian people say the name of their country in Farsi (Iran’s Official language) “Iran” is Farsi for “Persia” (Greek form) and they simply wanted people to stop using the Greek form. – Source

December 27, 2017
Latest Posts
Subscribe to Blog via Email
Did you know?
Loading...
Facts of the Day
Registration is disabled.