1. While filming ”The Wire”, Andre Royo, who played Bubbles, a drug addict, was approached by a Baltimore resident who handed him a package of heroin and said he looked like he needed a fix. Royo calls this his “street Oscar.” – Source

3. Unsolved Mysteries’ host Robert Stack was often skeptical of the paranormal stories that the show covered. While recording narration for the show’s segments, he would occasionally turn to his producer and exclaim “come on, Raymond!” – Source

4. In 2007, workers in Antarctica discovered several perfectly preserved crates of Scotch Whiskey left behind by Ernest Shackleton in 1909. – Source

5. More people have died climbing Table Mountain in Cape Town than have been killed by Everest. Poor planning, dehydration and even losing concentration while taking selfies are to blame. – Source 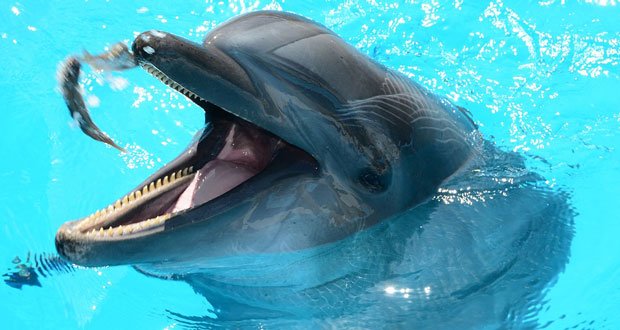 6. Dolphins purposefully get pricked by Pufferfish to get high. – Source

7. John Lennon and Yoko Ono visited an astrologer who told them John would be shot and die on a island. So disturbed were they that they canceled their extended Greek Isles vacation. Ten years later he died on Manhattan island. – Source

8. In France, it is illegal to publish photographs of a handcuffed suspects, as they are not to appear guilty until proven so. – Source

9. Mapmakers created an imaginary town as a copyright trap but so many people went there it became a real town until the only store closed. – Source

10. Wisconsin has the same number of bars as California despite a population that’s 85% smaller. 1 bar for every 1,862 residents compared to California’s 1 for every 11,962 residents. – Source

11. Actor Martin Sheen has been arrested 66 times for protesting and other civil disobedience. – Source

12. One of the last wishes of Terry Pratchett, author of the Discworld Universe, was to have all his unfinished works crushed by a steamroller. The author’s wishes were fulfilled in 2015 when he passed from Alzheimer’s and the reason for it was so his work wasn’t mishandled after his death. – Source

13. The FBI ran a 2-year investigation on a fictional anti-goth cult, Church of the Hammer, before realizing it was a parody. – Source

14. If you choose cremation, you can have your ashes made into a rock to form the base of an eternal memorial reef so that you can help coral reefs bloom after you’ve died. – Source

15.  A U.S. dog grooming service suffered cancellations and received threats after a Facebook review claiming a groomer injured a dog. Video later proved the dog had been hit by a car as the owner’s relative walked it unleashed hours after the grooming. – Source