2. Australian opium farmers found mysterious crop circles in their fields. The culprits were wallabies who got high and bounced around in circles. – Source

3. Dipprasad Pun, a Nepalese soldier during the War of Afghanistan was attacked by 30 insurgents. Believing he was about to die, he expended all 400 rounds of his ammunition, launched 17 grenades, detonated a Claymore mine, and killed an attacker with his tripod, causing them to retreat. – Source

4. After her husband was diagnosed with testicular cancer Supreme Court Justice Ruth Bader Ginsburg attended class and took notes for both of them, typed her husband’s dictated papers and cared for their daughter and her sick husband, all while making the Harvard Law Review. – Source

5. Carrie Fisher revealed in her memoir, Wishful Drinking, that she once had a romantic relationship with U.S. Senator Chris Dodd. When Dodd was asked for a comment by a reporter he explained that “it was a long, long time ago in a galaxy far, far away.” – Source 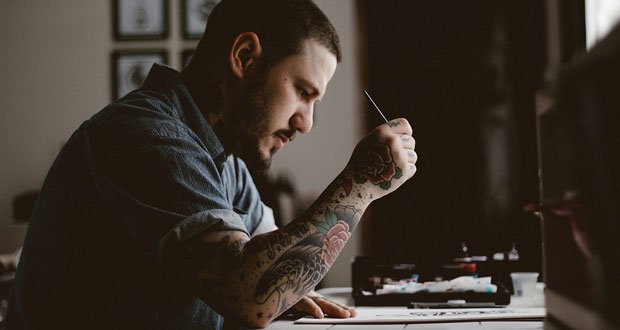 6. Almost 1 in 4 people with tattoos regret it, meaning about 7.5 million Americans. – Source

7. Keanu Reeves was sued by a woman who suggested that he used hypnosis and impersonated her ex-husband to impregnate her. She sought $3 million in spousal support from the actor, and $150,000/month, retroactively, in child support. DNA test proved he was not the father and the suit was thrown out. – Source

8. Reggie Miller, NBA Hall of Famer, couldn’t escape his older sister Cheryl’s shadow while in high school. On January 26, 1982, he scored a career-high 40 points. He tried bragging about it on the car ride home, only to find out Cheryl scored 105 points and broken 8 national records! – Source

9. Some guy attempted to beat a world record by playing QBert for 100 hours straight on a single coin. His attempt failed because a thunderstorm shorted out the game after 56.5 hours of continuous gameplay. – Source

10. Bobbie the Wonder Dog, walked a distance of at least 2,551 miles (4,105 km) through plains, desert, and mountains in the winter to return home to his family, swimming in rivers and even crossing the Continental Divide in the coldest part of winter. – Source

11. Alan Alda has been married for 60 years and has three daughters. He met his wife at a mutual friend’s dinner party; they bonded when a rum cake accidentally fell onto the kitchen floor and they were the only two guests who did not hesitate to eat it. – Source

12. Jason Segel (How I Met Your Mother, Forgetting Sarah Marshall, I Love You, Man, etc) wore a Superman cape underneath his clothing until he was 13, “just in case there was trouble.” – Source

13. In 2001, the Taliban destroyed the Buddhas of Bamiyan, ancient Buddha statues built into an Afghan mountain. Shortly after their destruction, researchers uncovered an archeological cave site behind the statues. The Taliban unintentionally uncovered new Buddhist treasures through their actions. – Source

14. Lobsters do not die due to aging. They become stronger and more fertile with age due to the presence of enzyme telomerase which repairs DNA sequence. – Source