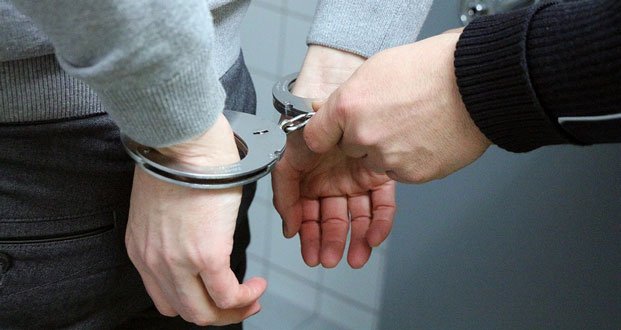 1. In 1958, a white girl kissed two African American boys aged 9 and 7 on the cheeks. The two boys were arrested, detained for 6 days without access to their parents or legal counsel, and were severely beaten by the police. The boys were detained for a total of 3 months. – Source

2. Richard Karn, the actor who played Al on Home Improvement, heard about the role after receiving a traffic citation, going to traffic school and sitting beside an agent who told him about a casting session for the show. – Source

3. “Gay Bob” is one of the first homosexual dolls ever made. The anatomically-correct doll came out in 1978 amid tons of controversy and was stored in a box made to look like a closet. Esquire awarded the toy the “Dubious Achievement Award” and the toy sold remarkably well throughout the year. – Source

4. In 1971, Texas lawmaker Tom Moore tried pranking the Texas legislature by introducing a resolution to commend the Boston Strangler for population control. The resolution passed unanimously. Some use this as a criticism that legislators don’t read what they vote on. – Source

5. A fundamental limit exists on the amount of information that can be stored in a given space: about 10^69 bits per square meter. Regardless of technological advancement, any attempt to condense information further will cause the storage medium to collapse into a black hole. – Source

6. Norman Rockwell tried to enlist in the Navy during WW1 but was rejected for being 8 pounds underweight. He successfully enlisted the next day after spending the night gorging himself on bananas, liquids, and doughnuts. – Source

7. Rainn Wilson of “The Office” initially auditioned for the role of Micheal. Instead, he was offered the role of Dwight, demoting him to assistant to the regional manager before the show even began. – Source

8. A woman was able to smell Parkinson’s disease. In a study, she was able to accurately identify 11/12 patients with Parkinson’s. And not a year later the last patient was also diagnosed, making her record 12/12. – Source

9. The gym chain Planet Fitness, which charges between $10 and $20 per month, has, on average, 6,500 members per gym. Most of its gyms can hold around 300 people. Planet Fitness can do this because it knows that members won’t show up. – Source

10. Female humans, pilot whales, and killer whales are unique among animals: they are the only three mammals known to undergo menopause. This allows them to help their children survive into adulthood and if they’re lucky to act as grandmothers to the next generation. – Source

11. When William the Conqueror died his funeral was delayed for several days. By the time they laid him to rest his body was too bloated for decay to fit in his tomb. They tried to force it in and he exploded. – Source

12. James Doohan, Star Trek’s Scotty, was shot 6 times during D-Day and had his middle finger amputated. He went on to conceal it on screen throughout his acting career. – Source

14.  Zhang Jing­chuan, a Chinese mountaineer survived a Taliban execution at a 13,000-foot base camp. He knocked an attacker, hid barefoot in his underwear for an hour in a ravine, snuck back in a tent to get a jacket and a satellite phone, hiked to safety and called the local emergency line. – Source

15. The avocado industry in Mexico is so big that the Mexican cartel for years took over farms through extortion. But the city of Tancítaro, the world capital of avocado production, took back their farms back by arming their citizens, building their own police, and bulletproofing their trucks. – Source