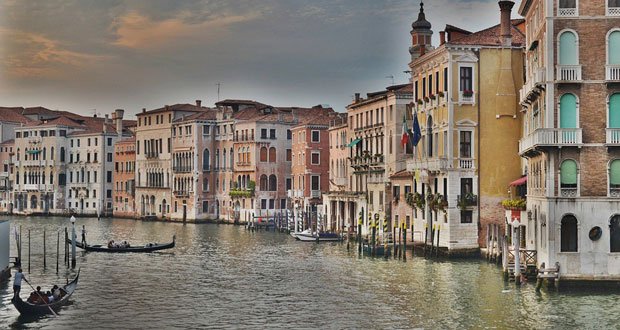 16. One of the most sought-after jobs in Venice is that of the gondolier. There are only 425 licenses issued, and applicants must be Venetian by birth. Apprenticeships involve over 400 hours of training, and when a gondolier dies the license passes to the beneficiary, who then decides the replacement. – Source

17. An elephant destroyed a house in a remote village in Bengal and then turned to head back into the forest when a baby trapped under the rubble began crying. The elephant turned back and gently removed every last bit of debris covering the baby with their trunk. – Source

18. Humans actually possess the protein (cryptochromes) needed for the detection of magnetic fields. But our brains don’t seem to have any way to decode the information. – Source

19. Judaism emphasizes that sex is a deeply holy act to be performed regularly, and insists that it be pleasurable for both members of a married couple. – Source

20. The longest kill shot in military history is claimed by an unnamed Canadian soldier from Joint Task Force 2 (JFT2), who hit the target from 3,450 metres. His heartbeat could have made him miss his target. Canadian soldiers currently claim three of the top five longest confirmed shots recorded. – Source

21. The song “House of the Rising Sun,” most famously known from the recording by The Animals in 1964, is actually a much older traditional folk song with no known original artist, composer or place of origin. – Source

23. During Notorious B.I.G.’s funeral procession through the streets of Brooklyn, someone interrupted the sombre atmosphere by playing “Hypnotize” at full volume, which prompted the public to dance and sing along. It was no longer a mourning of his death, but a celebration of his life. – Source

24. The first non-white NBA player was Japanese and joined the NBA the same year Jackie Robinson broke the racial barrier in baseball. – Source