2. 13-year-old called out the Eastern State Penitentiary for having the wrong radio on display in a recreation of Al Capone’s cell. The radio wasn’t available until 1942 and Capone was imprisoned from 1929-1930, resulting in the museum replacing it and giving the teen the inaccurate radio. – Source

3. Dr. Gay Hitler, son of George Washington Hitler, was a well-respected dentist living in Circleville, Ohio. Because Adolf Hitler misspelled his grandfather’s surname “Hiedler”, the Hitlers of Ohio are likely the only true Hitlers. – Source

4. Amelia Earhart likely survived and sent distress signals for weeks after disappearing, but the authorities immediately presumed all signals to be hoaxes with no further investigation. – Source

5. A poisonous tree and its antidote often grow so close together that their roots intertwine. The Chemchem tree excretes a poisonous black sap that raises a blistering rash on the skin while its counterpart, the Chaka tree, offers chemical compounds that can counteract the rash. – Source

6. “Yellow Journalism” was an 1890’s term for journalism that presented little or no legitimately researched news and instead used eye-catching headlines, sensationalism, and scandal-mongering. – Source

7. Author Douglas Adams once got an offering of £50,000 to write a Hitchhiker’s Guide to the Galaxy calendar. A few weeks later, having done no work towards it, another call came saying the deal had fallen through but that he would still be paid half the fee. He celebrated with champagne. – Source

8. When the U.S. Half-Cent was discontinued in 1857 for not having enough buying power, it was worth about the same as a modern U.S. Dime. – Source

9. Gary Mathias was disappeared after attending a college basketball game w/ 4 friends, was never seen again. His 4 friends were found decaying in/around a remote cabin 20mi. away from their car having died from starvation & hypothermia, despite an ample supply of food/heating materials. – Source

10. An elderly woman slept through the People’s Temple mass suicide in Jonestown. She woke up the next morning to discover the bodies of over 900 members of the cult. – Source 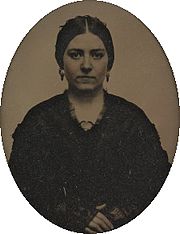 11. In 1856, an American clipper was approaching Cape Horn when its captain collapsed, leaving his 19-year-old wife to navigate through one of the world’s deadliest sea passages. She commanded for 56 days, faced down a mutiny, and navigated the clipper ship into San Francisco. – Source

12. The Cult Awareness Network (CAN), once a leading anti-cult hotline, is now owned by the Church of Scientology. – Source

14. The water speed record is one of the deadliest competitions with an 85% fatality rate. The current record of 317 MPH was set in 1978 by an Australian, Ken Warby, using a vessel built in his backyard with an engine purchased for $69. – Source

15. There were at least seven types of alcoholic beverages in America before European contact. One of them is made from pineapple, and another is made from the honey of a domesticated stingless bee. – Source