1. Psychologist László Polgár theorized that any child could become a genius in a chosen field with early training. As an experiment, he trained his daughters in chess from age 4. All three went on to become chess prodigies, and the youngest, Judit, is considered the best female player in history. – Source

2. John F. Kennedy enjoyed a “privileged childhood of elite private schools, sailboats, servants and summer homes” during the Great Depression. He later claimed that he only learned about the Great Depression in the books he read while attending Harvard. – Source

3. The Sex Pistols were asked by their manager to write a song called “Submission”, hoping they would write about bondage. Instead they wrote a song about a submarine mission. – Source

4. Prince is the sole credit on his first album. He sang all the parts and played all the instruments, including acoustic and electric guitars, acoustic piano and Fender Rhodes piano, synth bass, various keyboard synths by Oberheim, Moog and Arp, orchestra bells, drums, percussion and bass guitar. – Source 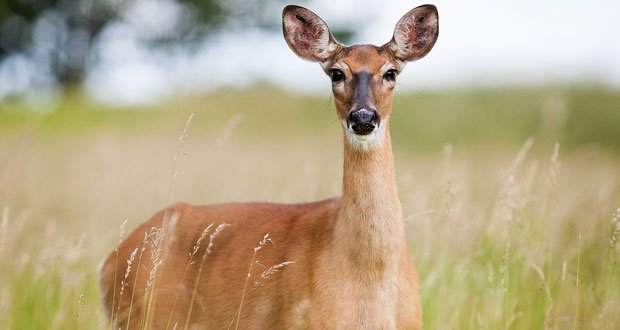 6. Deer mothers will instinctively come to the rescue of a crying human baby. – Source

7. The Oh-My-God Particle is a proton traveling at about 99.99999999999999999999951% the speed of light. It is the fastest moving object ever recorded and as it hit the atmosphere it carried the kinetic energy equivalent to a baseball traveling at 50MPH, all in one particle. – Source

8. Yosuke the lost African grey parrot was reunited with his owners after reciting their full address and his name to the veterinarian who found him. “I’m Mr. Yosuke Nakamura,” the bird told the veterinarian. – Source

9. In 552 AD, two monks successfully smuggled silkworm eggs in their walking sticks from China to the Byzantine Empire, essentially ending the silk monopolies of China and Persia, and bringing silk manufacture to Europe. – Source

10. A very tired chemist once spilled UK’s entire supply of plutonium(10 mg) on a table, and in order to recover it, used a saw to cut out that section of the table, then burned it. He recovered 9.5 mg of the plutonium from the ashes. – Source

11. Adrien Brody, in order to star as Wladyslaw Szpilman in The Pianist, “withdrew for months, gave up his apartment and his car, broke up with his then-girlfriend, learned how to play Chopin on the piano, and lost 29” pounds, which earned him the Academy Award for Best Actor at 29 years old. – Source

12. Lincoln’s bodyguard, a drunk previously reprimanded for drinking on the job, was not at his post to protect POTUS the night Lincoln died. Instead, he was at the Star Saloon next door drinking; the same saloon where John Wilkes Booth was seeking the liquid courage to assassinate the President. – Source

13. Bottled water brands Perrier, S. Pellegrino and Vittel are all owned by the same company, Nestle. In total Nestle sells water under 50 different brands, including Poland Spring and Zephyrhills. – Source

14. Actor Bob Odenkirk in Better Call Saul was fully trained as a Cinnabon employee to prepare for his role, and even refused a hand double insisting on using his own hands in the bun-preparing montages. – Source

15. Kansas City blatantly ignored The Prohibition. You could buy booze a few blocks down from the police station. They got away with it scot-free for all 13-years (1920 to 1933). – Source